It is not at all surprising that the foreign ministers and heads of state of Asean could not come to any agreement over the territorial disputes in the South China Sea at their meeting in Phnom Penh. 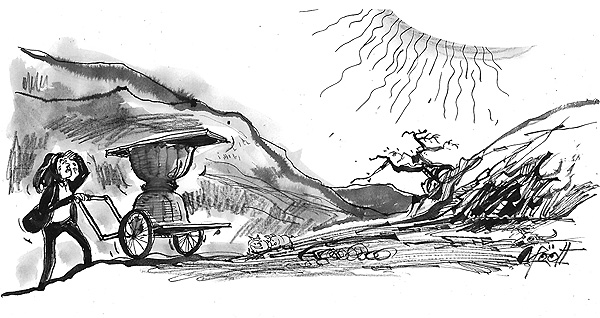 The failure to take a stand was basically a reaffirmation of the traditional Asean core value of non-interference. This is the policy which brought international criticism for many years to Asean with regard to its reluctance to address human rights abuses in its member states, particularly in Myanmar.

But there was another and probably much more important factor that encouraged non-action in Phnom Penh. Along the sidelines the meeting became a skirmish in a regional power struggle between two superpowers, China and the United States, and Asean leaders perhaps understandably are unwilling to appear to be taking sides.

Both China and the US sent high-level emissaries to the conference. The US team was headed by Secretary of State Hillary Rodham Clinton. She met foreign ministers in an attempt to persuade them to send a clear message to China that the Asean group rejects its increasingly strident maritime claims, but in the end she was disappointed.

Besides the Philippines and Vietnam, which have ongoing maritime disputes with China, Indonesia and Singapore were on board with a statement reflecting a compromise position, one with a non-confrontational tone, but the rest of the group waffled.

Most importantly, the foreign minister of the host country, Hor Namhong, declined to go along with a compromise, saying it was a ''matter of principle'' for Asean not to take sides in bilateral disputes.

The New York Times quoted a diplomat at the summit who requested anonymity as saying ''China bought the chair, simple as that.'' He was referring to China's strong political and economic influence in Cambodia, where Chinese interests are currently sponsoring a building boom. The diplomat pointed to an article on Thursday by China's state news agency, Xinhua, in which Chinese Foreign Minister Yang Jiechi was quoted as thanking Cambodian Prime Minister Hun Sen for supporting China's ''core interests''.

China wants to deal with the countries involved in the South China Sea disputes individually, and believes that the US is interfering in the region and has no business encouraging Asean to take a stand which would weaken its bargaining power. On June 21, Vietnam's parliament passed a maritime law that reasserted the country's claims to the Spratly and Paracel Islands, which China called a serious violation of its sovereignty.

In a statement, Mrs Clinton justified the US involvement in the South China Sea disputes and said: ''No nation can fail to be concerned by the increase in tensions, the uptick in confrontational rhetoric and disagreement over resource exploitation.'' Mrs Clinton said.

Mrs Clinton is correct in deploring the tensions which have largely been brought on by the increasingly strident maritime claims of China. The most serious incident involved armed vessels from the Philippines and China squaring off over a small body of land called Scarborough Shoal in the South China Sea. The stand-off lasted for two months and at times China appeared ready to mount a major show of force before both sides finally withdrew.

It should also be pointed out, however, that the US is not completely blameless when it comes to the mounting tensions. Washington has made no secret that its so-called ''pivot to Asia'' following the winding down of its two wars in the Middle East is meant to counter China's growing influence in the eastern Pacific. The wisdom of a joint military drill in the South China Sea involving nearly 7,000 US and Philippine forces during the stand-off at Scarborough Shoal is also questionable.

There was no clear winner in last week's skirmish between two superpowers in Phnom Penh and it is probably in the interests of all Asean nations and the world that there not be a winner in this power struggle. Instead both countries should drop the Cold War mentality and begin working together on resolving the maritime disputes and other issues in a way that reflects their strategic and economic interdependence.