The conflict in the deep South is not going at all well for the government and security forces during the Muslim fasting month of Ramadan. Bombings are up, militant gang members have stepped up both random and targeted killings, and it is finally crystal clear that an extensive illicit drugs operation is helping to fuel the conflict. 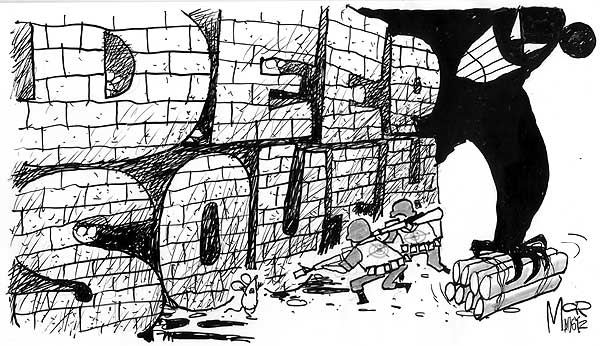 Army commander Prayuth Chan-ocha and Deputy Prime Minister Chalerm Yubamrung agree on at least one part of the problem _ the media.

This is an especially serious matter because the two men are the top two security officials in charge of ending the violence in the South. Neither the army commander nor the head of the new, Bangkok-based anti-insurgency centre have taken broad swipes at newspapers, TV and radio stations and other media. But both have shown a clear contempt for the press. More importantly, however, they have also demonstrated that they have no real grasp of what the media does, or why.

Mr Chalerm first. One can understand the deputy premier for attacking the media. He and his family have never been the darlings of the press. But the oft-criticised minister came up with a strange disparagement when he spoke with reporters last week about the situation in the deep South.

"Part of the problem" with coming to grips with the region is "the media's excessive news coverage". He blamed the media for publishing and publicising a recent video clip which showed insurgents ambushing and murdering soldiers.

Blaming the media for this is a textbook example of "shooting the messenger", or blaming bad news on those who report it. The militants brutally waylaid, killed and looted the bodies of soldiers who had inferior vehicles, no useable weapons and no viable defence after eight years of similar attacks.

Security officers in the South provided the video. The media did its job _ reporting on its existence and dreadful shortcomings of the top commanders in protecting soldiers. This was a simple case: the media was doing its job, but perhaps the men at the top are not.

Gen Prayuth had the same complaint, though to a slightly different tune. He said he was "really annoyed" that the media keeps harping on about the army's GT200 devices, which were bought for a huge amount of money to detect bombs and explosives _ but do not. The devices, by instilling confidence, actually wind up making bad situations worse, and turn dangerous situations into killing grounds.

But in the opinion of the army commander, the media should stop reporting on the GT200 debacle, and "help us find other alternative equipment". Again, this is a huge disconnect and misunderstanding by a top official and the media. The army commander and senior officers are supposed to know how to find ways to detect explosives. The media is supposed to report on whether they succeed.

It must be said clearly that neither of these top security officials has threatened the media. But it is troubling that both are unable to discern the role of a free press in a free society. That role is, simply put, to inform, because an informed population is a democratic and involved populace.

Mr Chalerm should know that the media is doing its job to communicate the seriousness of the violence in the deep South, the biggest security threat to the nation. Gen Prayuth should realise that there are many ways to keep himself informed of better explosives detection.