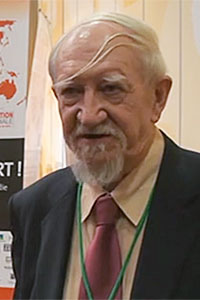 Where is Thailand headed on the death penalty? To give a straight answer to a straight question, Thailand is shuffling around rather than going anywhere.

There has been movement: the movement of holding meetings and asking opinions. There has been progress: in recognising the cogency of the world movement for abolition and realising that Thailand cannot just appeal to its particularity, claiming that crime in the country is so prevalent and vicious that only the death penalty can restrain it.

A recent booklet issued by the Ministry of Justice's Department for the Defence of Rights and Liberties lists an incontrovertible case, based on human rights principles, for abolition of capital punishment.

The right to life declared unequivocally in Article 3 of the Universal Declaration of Human Rights and of Article 6 of the International Covenant on Civil and Political Rights is now accepted as applicable to Thailand.

This is a big advance on earlier years where it was quibbled that the Universal Declaration was not in fact obligatory, that the International Covenant allowed capital punishment in the interim, and that the Covenant would have to be incorporated into Thai law before it would become obligatory.

The response of Thailand to its responsibilities now lies in a detailed response to the question posed earlier.

As the saying goes, there is an elephant in the room, namely a major obstacle to abolition: the elephant of public opinion. While individual politicians pander to public opinion and political parties introduce populist policies to win approval, the polity of Thailand shows little true regard for actual public opinion.

It is well known that Thais are massively in favour of capital punishment and opposed to its abolition. Strangely, they appear completely unaware that in practice, Thailand no longer executes people.

True, people are regularly condemned to death, at the rate of about one death sentence a week, but that is the end of it. In the past 10 years only two people have been executed, an event which the prime minister of the day, in answer to an inquiry by the Thai ambassador to the UN office in Geneva, ascribed to a mistake. Condemned prisoners evade the lethal injection by commutation of sentence so that the number condemned to death oscillates permanently around a total of 610.

The Department of Rights and Liberties has devoted all its efforts to consulting audiences invited to meetings on their attitude to abolition. I attended one such meeting where over a hundred people gave their opinion. The selection of persons appeared to consist mainly of government officials or their contacts and was hardly a random sample. But they were strongly adamant in their views, capital punishment was necessary, the crimes subject to capital punishment should not be reduced, and the death penalty should not be replaced by life imprisonment.

Mahidol University lecturer, Srisombat Chokprajakchat, spoke at a seminar on the death penalty organised by the Justice Ministry's Rights and Liberties Protection Department on August 8. According to the Bangkok Post, she said that 41.4% of people questioned in an opinion poll, conducted in four regions across the country, believed capital punishment should be maintained while 7.8% held the view it should be abandoned. The remaining 1,073 respondents were undecided.

Polls of this kind reveal the expected, and repeat the experience of countries across the world, most of whom went on to abolish the death penalty against the opinion of uninformed populations. These populations later proved that the best argument against the death penalty is its abolition. As people realise that the sky does not fall on them, and crime does not run out of control under abolition, they come to appreciate the increased respect for human life that ensues.

Not reported in the media was the option of replacing the death penalty by life imprisonment without parole (LWOP). This punishment leads to a need for new maximum security prisons. Such prisons are unmanageable and lead to handing them over to commercial companies who lack responsibility towards the citizens subject to meaningless imprisonment without hope in these black holes of human society.

LWOP was meant to replace a sentence of death, and is in fact a sentence of death in another form to capital punishment by gallows, electric chair, gas chamber, or lethal injection. LWOP is a sentence of waiting for death by illness or old age; it mandates no escape from a prison cell other than as a corpse.

Life imprisonment without parole makes meaningless the ideal of imprisonment as a punishment leading to the reform and rehabilitation of prisoners. In the words of one LWOP prisoner, "Most of my fellow prisoners never receive a single visit, not from their families or friends. Instead they live in a tortured twilight world between life and death."

This fate is not reserved for a few super-criminals, mass murderers, or drug kingpins; over tens of thousands of men, women and children are subjected to this punishment. It is unprecedented in history that this many people are sentenced to spend the rest of their lives in prison.

There is a real danger that Thailand will slip into the adoption of this appalling and meaningless punishment, proposed by an irresponsible political non-leadership, to appease uninformed and unconscious public opinion.

Danthong Breen is director of the Death Penalty Project, Union for Civil Liberty.