Yingluck's publicity makeover team is still working behind the scenes to help her - Lots to celebrate in December, when the political divide is forgotten - The corridors of police headquarters are hushed and silent these days

While Yingluck Shinawatra is prime minister no more, her public relations and communications team is apparently still humming along in the background. Over the past six months, she has on occasions popped up in the public eye with seemingly no effort being made by herself to court attention. 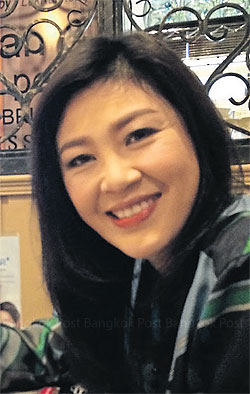 Ms Yingluck, it needs to be pointed out, was removed from her post not by the May 22 coup, but by the Constitutional Court, which about two weeks earlier ruled that her 2011 transfer order of National Security Council (NSC) chief Thawil Pliensri to an inactive post at the PM's Office was unlawful on the grounds that it was made for personal gain. The decision followed the Supreme Administrative Court's ruling in April that Mr Thawil's transfer was illegal.

After the ruling, Ms Yingluck slipped out of the limelight, leaving observers in a puzzle about how she was holding up. About a week later, a photo of her with son Supasek Amornchat, or Nong Pipe, shopping at a mall in her home province of Chiang Mai appeared in some newspapers. The captions were along the lines of her "chilling out after being relieved of burden and responsibility".

Shortly after that came a news report, accompanied by pictures, about the ex-premier, surrounded by her son and elder sister, participating in a ritual to dispel misfortune at Wat Phrathat Doi Suthep in Chiang Mai.

Since the coup, Ms Yingluck has popped into the media spotlight from time to time, most notably during her trips abroad in which she joined her brother, Thaksin Shinawatra, in Paris and in Tokyo.

According to political pundits, Ms Yingluck's media appearances are not by accident; they are by design and originate from her communications team that stands ready to seize any mainstream or new media opportunity to command public attention.

The team is reportedly advised by Wim Rungwattanajinda, a former secretary to a PM's Office minister who enjoys a close connection to Ms Yingluck. It is believed Mr Wim has a wide network of media connections and can have "messages" placed among the key media outlets in a timely manner that benefits Ms Yingluck the most.

Political observers are in agreement that Ms Yingluck's communications team did a great job before she was booted out of Government House. The team is well equipped and ready to distribute positive PR on Ms Yingluck at a moment's notice. The members are ready at any hour to brief reporters on her work and private moments.

It's also generally known that this team is behind stories designed to minimise negative reporting of Ms Yingluck, and it was especially noticeable during the height of the fallout from the rice-pledging scheme, the flagship policy of the Yingluck administration.

Ms Yingluck has been charged by the National Anti-Corruption Commission with dereliction of duty in relation to alleged corruption in the scheme, which is said to have cost the state 600 billion baht. The NACC impeachment request is pending National Legislative Assembly consideration.

Some political observers note that there is a burgeoning campaign to discredit the NACC and the NLA, which has been slammed by Ms Yingluck's supporters as merely a means to an end — the demise of her political career. If impeached, she will be banned from politics for five years.

The campaign operates on this principle: if Ms Yingluck is impeached by the NLA, it will suggest the May 22 coup was staged just to bring down the Pheu Thai-led government and justify all conspiracy theories.

However, if she is cleared of all accusations, then the pressure would fall back on to the NACC, with all of the implications that implies.

A reason to celebrate

December is marked on the calendar as Thailand's most auspicious and celebrated month, topped by His Majesty the King's birthday on Dec 5.

Outside of Thailand, many events are held to pay tribute to His Majesty. Lausanne is the venue of the most vibrant celebrations in Switzerland — not to mention the rest of continental Europe. 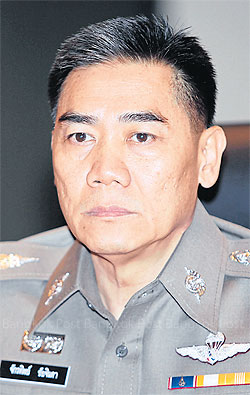 About 200 people are expected to attend this year's Lausanne celebration.

Many of the organisers and those planning to take part in the event in Place de la Riponne on Dec 6 are supporters of the People's Democratic Reform Committee (PDRC), which ended six months of anti-government street protests in Bangkok on May 22 when the military overthrew the Yingluck Shinawatra administration.

Over the years, many groups of Thai expats in Europe have staged political events in major European cities to voice their support for or opposition to the government of the day.

One political scientist, who prefers not to have his name mentioned, says the groups are often independent patriotic gatherings who try to get across their message about the political situation in Thailand directly to the world.

The groups are drawn together by common bonds and political beliefs. They communicate through social networks and consolidate their unity as more people join them over time.

During the PDRC protests, Thai expats in several European countries phoned the rally stages to send messages of support, especially when the protests were becoming increasingly tense.

Invitations for this year's Dec 6 celebration in Lausanne have been sent out already. The invitees include familiar PDRC names. Two of them are core leaders: mass communications expert Somkiat Onwimol and Anchalee Paireerak.

Lausanne is highly symbolic for Thailand as His Majesty the King lived there for many years. In the Austrian capital Vienna, a parallel celebration is also planned to mark the King's birthday. A large commemorative candle will be produced to pay homage to the King.

The organisers have named the upcoming event in Lausanne, which promises to be a crowd puller, as "Nai Luang Nai Duang Jai" (The King of Our Hearts).

The celebration will include an exhibition of rare photos of His Majesty. The King is an avid and skilled photographer who often takes a camera with him during upcountry visits to film developmental projects he initiated.

The photographic exhibition, titled "Nai Luang Nai Switzerland" (The King in Switzerland) is being held at Lausanne city hall, which is jointly organising the show with the Thai embassy in Switzerland.

The organisers of the King's celebration in Lausanne say Thai expats in Europe may be divided by ideology and political standpoints. However, they put aside their differences and unite in a display of loyalty for His Majesty.

The spectacular fall from grace of Pol Lt Gen Pongpat Chayapan, the former Central Investigation Bureau chief, has shaken the police force to its core and kept observers in suspense over who will be next.

Eyebrows were raised after national police chief Pol Gen Somyot Pumpunmuang signed an order for the transfer of Pol Lt Gen Pongpat and other senior officers this week.

The reason given for the transfers was that the police chief had important tasks for the officers at the Royal Thai Police Office. Many observers thought otherwise.

The transfers promised changes to key posts with wide implications for the police office.

Pol Lt Gen Pongpat and 11 others — six police officers and five civilians — are accused of receiving bribes in exchange for transferring or promoting police officers, demanding money from oil smuggling gangs, making money from gambling businesses, laundering money and citing the monarchy as a way to gain benefits.

Among the evidence collected are huge amounts of cash, rare artefacts, expensive Buddha images and amulets, and gold ornaments worth billions of baht — all said to belong to Pol Lt Gen Pongpat and the other suspects. Luxury vehicles and land deeds were also seized.

The charges levelled against the five are; citing the monarchy to obtain benefits and money from others; illegally collecting debts; illegally detaining others; and extortion.

Police spokesman Prawut Thawornsiri said Mr Natthapol, who was previously in the military, has been stripped of his rank.

Mr Natthapol was among 14 soldiers who were granted the Tritraphon Mungkut Thai royal decoration on Nov 20 to mark the occasion of the King's birthday on Dec 5.

Also feeling the heat from the top-level purge at the CIB was deputy national police chief Pol Gen Chakthip Chaichinda.

Some of the charges pressed against Pol Lt Gen Pongpat and some of the other police officers are believed to have stemmed from activities which went on in Bangkok while Pol Gen Chakthip was head of the Metropolitan Police Bureau starting in 2010.

Pol Gen Somyot has announced he will catch and prosecute anyone connected with Pol Lt Gen Pongpat who is implicated in wrongdoings.

Political observers say Pol Gen Chakthip is in an uncomfortable position. More so since former Bangkok MP Chuvit Kamolvisit kept the issue on the boil by exposing many other instances of corruption in the capital.

The charges against Pol Lt Gen Pongpat could rub off on Pol Gen Chakthip, who has been tipped as a likely contender for police chief in the not-so-distant future.