The land of police shrugs
Opinion

The land of police shrugs 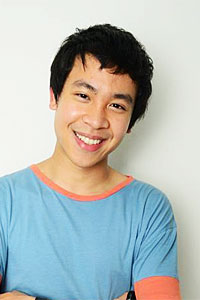 Since January, Thailand has welcomed more than 19 million tourists, though numbers are expected to slow down as we enter the so-called low season. However, to prepare for the year-end high season when tourism is set to pick up again, the Ministry of Tourism and Sports invited diplomats to a meeting last month to ensure the safety of those travelling in Thailand.

Well, for tourists to feel safer, maybe they can start with the people who are supposed to protect us.

In April, I went on an assignment to interview a policeman at a station in one of the districts of Bangkok. There I was at the station, taking in my surroundings as I waited for the kindest face to pop up so I could start doing what I went there to do. However, there was a group of Chinese tourists complaining about something to the police.

Three Chinese people, in their 20s, looked like what they were saying was lost in translation. Feeling they could use some help, I decided to jump in.

I learnt that the tourists, who came from the city of Guangzhou, had left their luggage in a taxi they took from the airport to their hotel near MBK the day before.

However, they were lucky enough to be able to track down that taxi and had the driver promise to bring their luggage back for them. The day after, the driver told them that he had dropped their belongings at the police station so the Chinese tourists had come that day to retrieve them.

But the problem was their stuff wasn't at the station. The officers on the night shift had looked in the lost property room but had found no trace of it. Had the taxi driver really come back to return the lost luggage? This was my first thought as the tourists told me their story.

Yes, the driver really had dropped their luggage at the station the night before. After two hours of me trying to press the police to stop ignoring them and look harder, it turned out that the luggage had been kept by one of the officers who was not on duty, but who lived in the building behind the police station.

At this point, there were so many questions running in my mind. To see it positively, at least the policeman showed up at the last minute when the tourists were about to give up.

But what I was more concerned about was how unhelpful the police were to the miserable tourists. To think positively again, part of the reason might have been that they couldn't understand English well so they didn't show their best efforts.

But for a station located in a tourist area, there should perhaps be one or two officers who can speak English well enough. Or maybe one officer who is at least willing to pay attention to distraught tourists.

Policemen are working hard to improve our well-being, I'm sure of that. But it's just depressing to think how many tourists might get a bad impression about Thailand following such an incident.

What I encountered is just one incident, and I don't want to generalise. Still, with the plan to promote tourism, whoever is in charge of this should wake up. Thailand relies too much on tourism and we cannot afford negligence. Sooner or later, with no improvement, problems bigger than this are likely to come along, rendering the slogan the "Land of Smiles" that the country prides itself on as just an old joke.

Duangphat Sitthipat is a feature writer for the Bangkok Post's Life section.

Duangphat Sitthipat is a feature writer for the Life section of the Bangkok Post.