Military should focus on clear and present dangers
Opinion

Military should focus on clear and present dangers 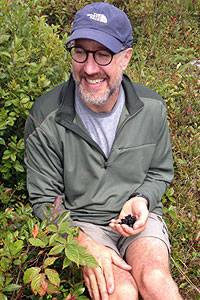 Every country has the right to defend itself. And while some states jeopardise their security by being aggressive or simply miscalculating the capabilities or intentions of their adversaries, more often than that, states undermine their own security through routine budgeting and acquisition processes.

Prime Minister Prayut Chan-o-cha's recent statement that if Thailand did not spend 36 billion baht to acquire Chinese submarines then the money would simply be "misappropriated by some people" is indicative of the worse kind of strategic planning: use it or lose it, regardless of need.

Since the 2006 coup, the Royal Thai Armed Forces (RTAF) have rewarded themselves with a 159% increase in military spending in US dollar terms. The military budget has increased from 115 billion baht in 2006 to 193 billion baht in 2016, as even civilian politicians did not have the temerity to challenge the military's demands, and wistfully assumed they could stave off a coup by acceding.

And yet since the 1989 Paris Peace Accords and Vietnam's withdrawal from Cambodia, there has been no meaningful threat to Thailand's territorial integrity. Malaysia and Laos pose no threat. While Myanmar's conflict with ethnic rebels occasionally spills over its borders, almost all of the fighting in the past few years has been in the Kokang region along the border with China's Yunan province. The spat with Cambodia over the few square kilometres around Preah Vihear is used by both governments for domestic political purposes and truly poses no threat, except to egos.

And although there is a domestic insurgency in the restive South that has left over 6,400 dead and more than 11,000 wounded since 2004, it is a low priority for the current government. The regime is committed to lessening the violence, but has demonstrated little political will to resolving the conflict. The insurgency is used to justify budgets without dedicating sufficient resources to its personnel. Collection boxes in Bangkok solicit donations for flak jackets for troops deployed in the South, despite a $6.3 billion (214 billion baht) budget.

Thailand already has the third largest military expenditure in the region, behind Singapore and Indonesia, the latter of which is a sprawling archipelago of 17,000 islands and a population four times that of Thailand.

It's no surprise that Thailand's military rewards itself after coups. But what should be most galling to taxpayers is that not only is the junta buying weaponry that it doesn't need, but that the weapons are completely worthless in defending the country against the threats it faces.

Purchasing Chinese submarines is just the latest and most costly example. The Gulf of Thailand is too shallow for submarine warfare, and anti-submarine warfare is too sophisticated for Yuan-class submarines to have much military value, although navy commander Adm Kraisorn Chansuvanich is willfully ignoring those facts.

Thailand has no overlapping claim in the contested South China Sea. Indeed, no country in the region poses a maritime threat to Thailand. But Adm Kraisorn said that submarines were necessary because "if a war breaks out, nearly all of our surface ships will be wiped out. Submarines are what will survive".

This is a specious argument. First, he cannot adequately explain the maritime threat posed, other than an unconvincing hypothetical. Second, should war break out against an adversary that can so easily sink the rest of the Thai navy, there is little that three submarines can do to protect the country; their complement of weaponry include only short-range torpedoes and anti-ship cruise missiles.

The greatest security threats in the Andaman sea are and will continue to be human trafficking, piracy and illegal fishing. Submarines will do little in the face of renewed human trafficking of Rohingya and Bangladeshis in the Andaman Sea when the monsoon season ends. And yet Thailand's Trafficking in Persons Tier III categorisation, justified by government and military corruption and inaction, does far more economic and security damage to the country.

A core principle of international relations theory is the security dilemma: the simple concept that whatever one state does to enhance its security, inherently threatens other states. In other words, enhanced spending in Thailand fuels regional arms races, thereby undermining Thai security. Moreover, Thailand has a history of acquiring prestige weapon systems that it cannot afford to use or maintain, whether they are advanced jet fighters or the aircraft carrier HTMS Chakri Naruebet, which is used only occasionally and primarily for disaster relief, as its last Harrier jet was taken out of service in 2006.

Gen Prayut, stated that the acquisition of submarines would make neighbours "stand in awe of us". Really?

The RTAF is a proud and important institution in Thailand. Yet it justifies its continued role in politics due to manufactured threats to the country's monarchy and political stability. After intervening, the military justifies its budgets and arms purchases for undefined and exaggerated external threats.

By doing so, the military undermines Thailand's security by failing to adequately assess the human security issues that pose far greater threats: insurgency, terrorism, human trafficking, narcotics, and the deleterious effects of climate change on already struggling Thai farmers. The military should focus on clear and present dangers, not conjured threats to justify prestige items that the country can ill afford, nor add to national security.