At risk women, young need our aid in emergencies
Opinion

At risk women, young need our aid in emergencies 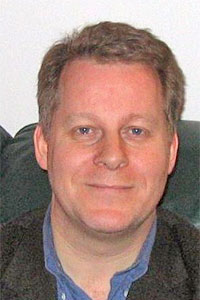 Disasters, whether natural or man-made, have increasingly become a "normal" part of our news feeds, and because of this there is now a risk that we simply brush them off as we do with the rest of the items on our news feeds — by clicking out.

According to the UN Statistical Yearbook for Asia and the Pacific 2014, this region is the world's most disaster-prone area and faces increasing risks from natural disasters. Of the world's reported natural disasters between 2004 and 2013, 41.2%, or 1,690 incidences, occurred in the Asia-Pacific region.

Although the number and the frequency of natural disasters within the past two decades remain unchanged, the death toll from the incidents rose more than three-fold. The number of recorded deaths from natural disasters went up from 205,388 between 1994 and 2003 to 713,956 between 2004 and 2013, with 1.5 billion people affected.

Among the deaths and damages, women, children and young people comprise over three quarters of the people forcibly displaced from their homes by disasters (including man-made ones) in most parts of the world.

During conflicts, natural disasters and other emergencies, sexual and reproductive health needs are easily overlooked, even though, in crisis situations, one in five women of childbearing age is likely to be pregnant.

Childbearing and childbirth increase a women's vulnerability even under normal circumstances, but in situations of chaos and disaster this vulnerability increases many times over. Without access to reproductive health services, these women, and their unborn children, face an increased risk of life-threatening complications. When disaster strikes, many women also lose access to contraceptives, which in turn exposes them to unwanted pregnancies in perilous conditions.

Women and young people also become more vulnerable to sexual violence, exploitation and HIV infection, as the normal social safety nets disappear, and desperate people resort to desperate means to remain alive. We can see this occurrence from reports of sexual attacks on displaced women in Indonesia during the 2004 tsunami. The hygiene needs of women and girls are also often neglected as social taboos and conventions often make it impossible for women to get access to much-needed food rations and medical care for them and their children. This is why the United Nations Population Fund (UNFPA) works closely with governments, community-based organisations and other partners to ensure that reproductive health is integrated into emergency responses.

Thailand is fortunate in that it is not really prone to natural disasters, especially when compared to neighbouring countries. Most disasters in Thailand are quickly contained and rarely get out of hand to the extent that they cause serious human suffering on a large scale. Apart from a well-organised response by government institutions, civil society also quickly self-organises to help victims of disaster and this increasingly extends beyond Thailand's borders.

Examples of this type of assistance can be found during many crises, including the 2004 tsunami when many Thais assisted affected foreigners and Myanmar migrants; the 2013 typhoon Haiyan, in which the Thai government, civil society and private sector donated almost $2 million (68 million baht); the 2011 Sendai earthquake and tsunami, in which donations from Thailand reached $6 million; and the recent Nepal earthquake, where donations exceeded $30 million. This trend of engagement is an example of the emergence of a global class of world citizens who increasingly feel that all issues are connected, and all issues concern them. One of the urgent issues is that of pregnant women caught in the midst of disaster and chaos.

During the recent Nepal earthquake, the UNFPA appealed to ordinary Thai citizens and companies to help us help the women and girls of Nepal, and many of them responded positively and generously. These donations will go a long way towards realising the goal of ensuring that every pregnancy in Nepal can effectively be safe, and every woman may be free of gender-based violence.

Let's give support to the unseen needs of the reproductive health of women and girls everywhere in the world where disaster strikes.

Caspar Peek is UNFPA representative for Thailand and country director for Malaysia.

UNFPA representative for Thailand and country director for Malaysia