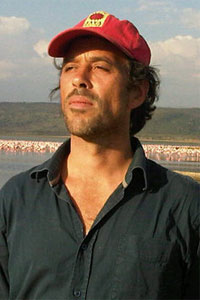 The evidence is everywhere. Boatloads of emaciated people adrift on the Andaman Sea, begging for water; exhausted refugees staggering out of the surf on Greek islands, having survived the smugglers' boats; desperate families breaking down the barbed wire fence separating Turkey and Syria, to escape the battles being fought a few miles away. The media is full of stories about people being enslaved in jungle camps in Southeast Asia and buried in mass graves. Those who make it from Libya tell dreadful stories of beheadings, torture and rape.

These stories may grab the headlines, but they are only the tip of the iceberg. They highlight the extreme difficulties facing people on the move, forced to cross borders unlawfully in the quest for safety and a chance at a better life.

The UN says a massive 60 million people are now displaced — the largest number since World War II. For a sense of perspective, this is almost equal to the entire population of Italy or the United Kingdom. Eighty-six percent of these people are hosted by poor countries in the developing world.

MSF teams are witnessing and hearing similar stories of fear, misery and violence the world over from Morocco, to Myanmar to Mexico: on the route to Spain through Morocco, across the Red Sea through Yemen, through Turkey, Bulgaria, Greece and southern Europe, across the Andaman Sea and from central and south America, through Mexico, into the United States.

These people in very different parts of the world are proof that this "migration problem" is a global one. Current refugee and migrant policies are failing. The 1951 Refugee Convention and other national and international migration policies, established to provide safe haven and protection, are spectacularly insufficient.

As the situation stands today, the international asylum and refugee framework is limited by the political will of the very people with the task of handling it and even then it remains a standard of protection unrecognised by many of the countries concerned.

Signatory states fail to meet obligations, and basic policy fluctuates with domestic sentiment. Non-signatory states evade their first responsibility to be part of a shared framework, although in practice, their behaviour towards migrants is again conditioned by local politics.

Prosperous governments promote their humanitarian credentials by financing humanitarian aid to refugee camps in Turkey, Pakistan, Lebanon, Kenya, Ethiopia and elsewhere, warehousing people for years on end, while at the same time making it difficult, if not impossible, for those living in these extreme conditions to set foot within their own borders.

These same countries then reach agreements to externalise migration, often to third-party countries economically much worse off than themselves. This not only raises barriers to entry, but displaces accountability for what are often violations of the most basic human rights. Australia goes one step further, forcibly returning people at sea, detaining would-be asylum seekers offshore while cutting overseas aid commitments.

People fearing for their very lives do not stay put because the fences are higher, they look for an alternative, often a more perilous route. Australia, for example, was once one of the main destinations for Afghan asylum seekers, particularly from the persecuted Hazara minority but current policy is now driving these same people onto boats headed for Greece and Italy. Politicians claim success for their strict policies but in reality the "problem" is not solved at all, it is simply transferred to another place. People on the move continue to suffer — elsewhere.

The hardship people endure on these journeys is shocking to witness.

We know first-hand the devastation war inflicts in places like Somalia, Syria and Sudan, the systematic discrimination in Myanmar and the subsistence living and constant social and political turmoil in many parts of sub-Saharan Africa and Southeast Asia, which force millions to flee.

But we also hear horrific stories of the flight itself — people left to die of dehydration in the Sahara, packed like cattle into warehouses and trucks, or raped, tortured and starved in Libya and Thailand. Indeed, the journey itself, both for the forcibly displaced and the so-called migrants, can quite literally be a killer. At the very least the chronic abuse suffered on the journey leads to lasting physical injury and psychological trauma.

In a world plagued by conflict, poverty and inequality, population movements are inevitable and our governments must find a way to manage migration that minimises suffering rather than creates it. As a medical humanitarian organisation with more than 40 years of experience providing assistance to people on the move, our request is simple: stop applying policies that kill and prolong the anguish. Provide protection and assistance based on humanitarian imperatives according to needs and that ensures basic human dignity. Or would the world really prefer to just watch as the extreme suffering continues?