Route of migrants into Europe shifts towards western Balkans
Opinion

Route of migrants into Europe shifts towards western Balkans 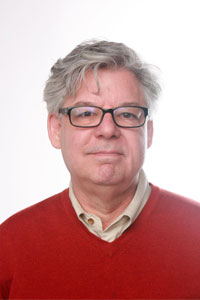 The surge of migrants into Europe from war-ravaged and impoverished parts of the Middle East, Afghanistan and Africa has shifted in recent months. Migrants are now pushing by land across the western Balkans, in numbers roughly equal to those entering the Continent through Italy.

Much of Europe is reeling from the flow of people seeking safety, jobs and a better life — but who have strained resources, heightened ethnic and religious tensions, and rewired politics in individual nations and throughout the Continent.

The new pathway is also causing a sharp rise in anti-immigrant sentiment in the Balkans and neighbouring central Europe, bolstering nationalist parties and inspiring protests in many countries.

The economic crisis in Greece, the main landing point in Europe for migrants heading into the Balkans, could further impede efforts to control the flow by reducing political focus and money dedicated to securing the nation's borders.

The shift in the migrant path became evident from January through June, when about 79,000 migrants crossed illegally into Greece from Turkey, according to Frontex, the European Union's border watchdog agency. Some remained in Greece, but most continued north across Macedonia and Serbia into Hungary, which saw 67,000 illegal migrant arrivals.

During the same half-year, the sea route from Libya to Italy, long the most popular path, also had about 67,000 illegal crossings. Last year, the 170,000 migrants who tried to take the Mediterranean route to Italy outnumbered those entering through the western Balkans by nearly four to one. More sea crossings occur in warmer months, border officials said, making it likely that the traffic figures on the two routes will diverge by winter.

Hungarian officials said that as of Thursday, more than 81,000 migrants had crossed into their country in 2015. "If it continues at this pace, we are on track to reach the 150,000 mark this year," said Peter Szijjarto, minister of foreign affairs and trade.

Migration officials said they are not sure exactly why the flow has shifted toward the Balkans. They speculate that reports of frequent drownings and harrowing boat crossings may have played a part. At the same time, European nations have made interdiction a more central policy, and Libya has become increasingly volatile and dangerous.

Syrians may also be gravitating to the land route through Greece because changes in visa laws in the Middle East have made it more difficult to pass through the region on the way to Libya, said Ewa Moncure, a spokeswoman for Frontex. Iran, a country that had attracted many Afghan refugees, has also altered its visa rules, making it more difficult for refugees to settle or remain there. And Bulgaria, the other European nation that migrants might cross by land into Europe, has also tightened its border controls.

"We hear the situation has changed in Bulgaria and Iran, making it more difficult to migrate there, and everyone knows Italy is full," said Timea Kovacs, who represents the Helsinki Committee for Human Rights in the Hungarian border city of Szeged. "But we don't know for sure."

Migrants interviewed in recent days on both sides of the Hungarian border said they had chosen the Balkans route because it was less expensive and had been recommended by smugglers they paid to get them to Europe. The prices they had paid to reach the Hungarian border varied, depending on what level of service they purchased and how much the smugglers thought they could squeeze out of them, from $1,000 (34,000 baht) to more than $4,000 per person.

Most travelled from Turkey into Greece, either across its short land border or by boat. And the bulk of those continued through Macedonia and Serbia before encountering the Hungarian border, the main obstacle on their path to Western Europe.

About 19,000 migrants from a mix of countries crossed into Hungary in 2013, but the figure jumped to more than 43,000 in 2014 because of a mass evacuation from Kosovo, Mr Szijjarto, the foreign minister, said. A multinational agreement allowed Hungary to turn Kosovars back to Serbia, and by mid-February that human stream had evaporated. But it was more than replaced by a fresh wave of migrants from Syria, Afghanistan, Iraq, Eritrea, Somalia, and other Middle Eastern and African zones of war or turmoil.

Resistance to the migrants, many of whom are Muslim, has been growing in even the most liberal European nations, spawning advances by right-wing parties in Denmark, France and Britain. But nowhere has it been exploited the way it has been in Hungary, where the conservative government of Viktor Orban, whose popularity is sagging, has seized on immigration.

"The government campaign has been really powerful in taking what had been a non-issue in Hungary and turning it into a very big issue," said Csaba Toth, director of strategy for the Republikon Institute, a political research group that has been critical of the government.

Government officials deny that anti-immigrant sentiment is rising in Hungary, or that they are attempting to stoke it. "We have no bad experience with Muslims," Mr Szijjarto said. "There is no xenophobia in this country either. But we are not in a position to host tens of thousands of migrants."

Right-wing groups have already staged protests in Budapest and elsewhere, and are promising to stage more outside government-run refugee camps and along the Serbian border. For their part, the migrants say they want to pass through Hungary as quickly as possible on their way to Germany and other Western European countries that they have been told are more welcoming. "Nobody wants to go to Hungary," said a man who identified himself only as Mirivan, 27, an English literature student from Damascus, Syria, who hopes to earn a master's degree somewhere in Western Europe.

In May, the Hungarian government mailed what it called a "national consultation" to millions of Hungarian voters, asking them, among other things, whether they are concerned about a link between the migrants and terrorism, and whether government money now going to migrants should instead be spent on Hungarian families. Zoltan Kovacs, Orban's international spokesman, said the early results showed a worried public. "Over 80% favour tougher measures against the immigrants," Mr Kovacs said.

"Of course, it is not a scientific survey. It is a political questionnaire, to consult with the voters. But still, 60% say they feel there is a link between migrants and terrorism. Obviously, there is a serious risk. It is just logical."

The government also organised a nationwide billboard campaign of messages directed at the migrants — but written in Hungarian — warning them to abide by local laws, respect Hungarian culture and not to try to take Hungarians' jobs. Mr Orban also said his government would follow the example of Bulgaria, which is building a fence along its border with Turkey, and construct a temporary 4-metre fence along the 21-km Serbian border — an announcement that disappointed the Serbs, who are trying to join the European Union.

Construction was to begin last week on a test section, with hopes of completing the entire project by Nov 30, the Defence Minister, Csaba Hende, said at a news conference in the border town of Morahalom.

Mr Orban also said recently that the government intends to close its current refugee facilities in populated areas around the country — already criticised by migrant advocates as overcrowded and squalid — and transfer residents to new tented encampments in more remote areas. In a move many advocates find ominous, Hungary has also passed legislation allowing it to turn away or deport migrants by declaring neighbouring countries, such as Serbia, to be "safe".

"The government attitude is that they came through safe countries, so they should have stayed there," said Gabor Gyulai, refugee programme coordinator for the Helsinki Committee for Human Rights in Budapest. Hungary has always had a bit of a xenophobic streak, Mr Gyulai said, though usually it is below the surface. In an experiment in 2006, a Hungarian polling company asked what respondents thought about various ethnic groups, including an invented group, the "Pirez people". Two-thirds said they did not like the Pirez people one bit. "Oh yes, everybody hates the Pirez," Gergely Kovacs, founder of a satirical political group in Budapest known as the Dog With Two Tails Party, said with a laugh. New York Times