Discovery of Kepler-452b shows there might be nobody out there 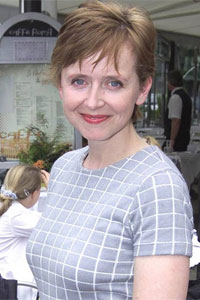 Here's the good news: we are probably not alone in the universe, because the presence of a planet which is rather like us in shape and distance from the sun has been discovered.

Here's the bad news: this "sister" planet, the rather prosaically named Kepler-452b, is more than 13.5 quadrillion kilometres away. Quadrillion.

Light from Kepler-452b, or we should say the parent star around which Kepler-452b orbits (since we haven't ever seen this planet, we know it is there only because light from its "sun" dims ever so slightly when Kepler-452b passes in front of it), has taken 1,400 years to arrive at the mighty eye of Nasa's Kepler Space Telescope, which itself sits almost 150 million kilometres above Earth.

That means that in terms of Earth years, light from Kepler-452b's sun left our sister planet in 615 AD, and has been travelling through space towards us ever since.

What was happening on Earth, back in 615? Let me quickly check, using a device which was, at that point, many hundreds of years away from invention. Not very much to show in the annals of history. Apparently the Balkans were being overrun in 615. The Anglo-Saxons massacred 1,000 Christian monks at Bangor. Fatimah, daughter of Mohamed, was born. Since that child was born, light from Kepler-452b's parent star has been trundling faithfully on through empty space towards the Nasa scope.

During this time quite a lot of things have happened, including the building of the Great Wall of China, the stitching of the Bayeux Tapestry, the writing of the Declaration of Independence, the invention of penicillin, the Great War and Paul Simon, and the birth and death of billions of individuals, and innumerable other things that has been marvellous, dire, or just ordinary in our little world.

Kepler-452b may be, it's true, a bit bigger than us, but the reason Nasa is excited about it is because it is (probably) a rocky planet which inhabits the same "Goldilocks" terrain of proximity to its parent star: not so near as to get frazzled, but not so far as to get utterly iced over. It takes just over an Earth year to orbit its "sun". Furthermore, it is apparently 1.5 billion years older than Earth, so it has certainly been around long enough for intelligent life to evolve. Water could probably exist on its shores.

Shores? Who knows if it has shores, and whether they are like the shores of Barbados, Lake Victoria or the banks and braes o' Bonnie Doon. Because we will never know. We will never be able to send a signal to Kepler-452b, and we will never get one back in return.

Are you kidding? Light takes 1,400 years to cover the distance. Nothing goes faster. So even if we sent a message to Kepler-452b, it would be 3415 when it arrived, and 4815 when we might expect a reply…oh, it is just too ghastly to contemplate. Nasa data analyst Jon Jenkins has actually envisaged travelling to Kepler-452b "with an ark full of plants or animals… it would feel a lot like home", he has stated, which frankly puts him in the world of The Little Prince, not the world of Nasa.

But Mr Jenkins is articulating something which Saint-Exupery captured in his classic book, and which the graphic designers who appeared this week on the BBC bulletins also suggested, with their representations of Kepler-452b showing clouds, lakes and (almost) an Arrivals lounge.

He is acknowledging the same thing as the Russian Yuri Milner, who this week gave $100 million (3.4 billion baht) to scientists, including Stephen Hawking, to look for aliens in the Milky Way. We all yearn for a signal to show we are not alone. We will never stop looking for one, even though we have given up on our own solar system.

Yet the numbers offer no comfort. If we had discovered life on Mars, that would have been bad enough. It takes a rocket seven months to get to Mars. It took Nasa years to fly past Pluto. But Kepler-452b? Furthermore, there is the worry about the planet's age; as Kepler-452b is more than a billion years ahead of us, who knows where evolution has taken it? We might find that life was very much not as we know it.

Indeed, it might be like living at a Star Trek convention, or that nasty part in Ant Man where the hero leaves the comforting world of Michael Douglas's study and goes "sub atomic", rolling around in a foetal position surrounded by opening and closing geometric shapes. For ever. At which point, I would rather reread The Little Prince.

I value Nasa and its determination to keep looking, but the mind-troubling suggestions provoked by its telescope only make Earth appear more alone than ever, not the reverse. ©THE INDEPENDENT

Rosie Millard is a British journalist and broadcaster.