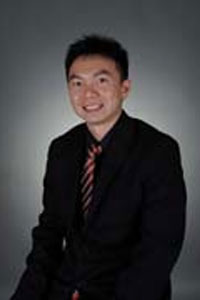 As a 10-member regional bloc representing some 600 million people, the Association of Southeast Asian Nations (Asean) is generally viewed as a successful experiment in regional conflict regulation and cooperation.

The inauguration of the Asean Defence Ministers' Meeting (ADMM) in May 2006 in Kuala Lumpur and the subsequent expansion of the group in 2010 to include eight other dialogue partners (ADMM+) led to increased opportunities for member states to engage collectively with external powers, and consequently, enhance their capabilities in practical cooperation.

Underlying these initiatives is an emphasis on "Asean centrality" — the notion of its leading role in the regional architecture — a principle that has framed the way the bloc has approached its external relations, in particular with the major powers, to ensure that its interests are protected and regional stability is preserved.

In light of the United States' much-publicised Asia-Pacific rebalancing strategy and increased Chinese regional engagement (both economic and political), the design of the Asean community has been called into question.

The community's desire to remain "neutral" — while rhetorically plausible — may not be tenable given heightened tensions between the major powers, and the perceived power contestation between China and the US over influence in the Asia-Pacific region.

This has created even greater cracks and fissures within Asean, most notably among those who have territorial disputes with China and those who do not.

According to Evelyn Goh of the Australia National University, the unfinished and urgent task of Asean's internal consolidation acts as an important constraint to the organisation's ability to play its brokerage role vis-a-vis the great powers and regional order in East Asia.

In other words, the biggest impediment to Asean's ability in its external relations is the internal relationship between its member states, given sensitivities over territorial sovereignty.

Mindful of this, defence diplomacy — as reflected in the ADMM — remains largely restricted to functional, low-key cooperation, leaving untouched grander visions of regional purpose and design, which their foreign affairs counterparts are perhaps more amenable to articulate.

In this respect, Asean centrality becomes more a means to safeguard regional security than an end to be achieved at all costs.

As Singapore's former top diplomat Bilahari Kausikan darkly put it in a speech in New Delhi last November, "Before 'centrality' became the term of preference, Asean used to refer to itself as being 'in the driver's seat', a choice of metaphor that overlooked the possibility that the driver's seat may well be occupied by a chauffeur and not necessarily by the person who sets the direction."

A more realistic appraisal of Asean then is to recognise that it would have to look outward to external powers or risk being sidelined if it continues to overemphasise its centrality.

Indeed, the expansion of the ADMM highlights a paradoxical aspect of international diplomacy: One's interests are best served when they are not solely self-serving.

By expanding its relational capacities, Asean militaries become much more adept and confident in their own capabilities.

Asean's capacity to take on bigger responsibilities, in HADR (Humanitarian and Disaster Relief) and SAR (Search and Rescue) work for instance, reflects a growing and mature character in which international priorities become increasingly paramount.

Given regional dynamics, Asean's role in East Asia will be further tested in the coming years.

But as pointed out by Singapore's Prime Minister Lee Hsien Loong at the Shangri-La Dialogue this year, China's interest in "making friends and influencing outcomes" has grown through mechanisms such as the 2+7 framework as well as initiatives like the "One Belt One Road", Maritime Silk Road, and the Asian Infrastructure Investment Bank (AIIB).

Chinese officials have avoided open talk of a Sino-centric regional or international order, but William Callahan of the London School of Economics notes the task for China is clear: either China beats America to become the number one country in the world, or it gets "read off the face of the earth".

In this respect, Asean states would increasingly be compelled to choose between the United States or China — a choice that would affect intra-Asean dynamics and its cohesiveness.

For it to remain central then, it would have to make a convincing argument that Beijing's interests are best served if China does not attempt to push through unilaterally its territorial ambitions and that it should continue to recognise the legitimate concerns of Asean states.

Likewise, Washington would have to be convinced — given its fiscal challenges — that it should continue to hold ground in the Pacific, and not to allow challenges in other parts of the world (the Middle East, Russia) to distract it from the region.

In other words, China and the United States would gain much from the region if they can commit themselves to exercising strategic restraint in their bilateral relations and refrain from dividing and disuniting Asean.

On Asean's part, member states would have to be perceived by the major powers as united and speaking collectively.

To do so, member states' pursuit of their own national interests should not result in them forsaking regional responsibility (as witnessed during the 2012 Asean Ministerial Meeting) in their wider interactions with the major powers.

While national priorities should not be ignored for regional well-being, neither should they become an overriding obsession, particularly if long-term returns are sacrificed for short-term rewards.

The next five to 10 years will be crucial in the bloc's efforts to establish a community of trust among its members.

Given the increase in defence spending among member states ($14.4 billion [507 billion baht] in 2004 to $35.5 billion in 2013, a 147% increase), it is incumbent for defence practitioners to be good stewards of their resources to ensure that the money in the community is put to good use, particularly in areas such as HADR and SAR where military capacities and capabilities can be tapped.

For Asean centrality to be a reality — and not just an empty political slogan — the Asean security community would have to walk their talk in securing the region's future.

Benjamin Ho is an associate research fellow at the Regional Security Architecture Programme at the Institute of Defence and Strategic Studies (IDSS) at the S Rajaratnam School of International Studies (RSIS), Nanyang Technological University. The article originally appeared in the Pacific Forum CSIS Pacnet series.

Benjamin Ho is an associate research fellow at the Regional Security Architecture Programme at the Institute of Defence and Strategic Studies (IDSS) at the S Rajaratnam School of International Studies (RSIS), Nanyang Technological University.