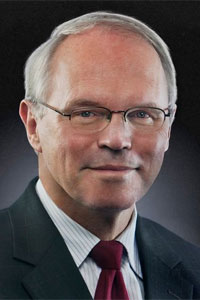 It didn't take long, but, according to the Korea Central News Agency, the North Koreans are underwhelmed by the Iran nuclear deal — and thus unlikely to follow suit.

The North Korean announcement took pains to differentiate the Pyongyang regime's programme from the Iranian one, and fell back on shopworn lines that nuclear weapons were necessary to counter the United States' "hostile policies". North Korea's leaders, not exactly known for fresh thinking, are likely to soldier on into a future that has little to offer their beleaguered people.

Many critics of the Iranian nuclear deal compare Iran's behaviour to North Korea's, and suggest the deal will failÂ because deals with North Korea have never succeeded. There are indeed some similarities.

Iran has been challenged over the years to tell the truth about its nuclear programme and, more fundamentally, to be clear about its goals and objectives. And Iran's behaviour in the broader Middle East â€”Â particularly its support for terrorist groups in the region â€”Â seems to belie its claim to be seeking regional stability and economic development. While most countries in the world are disgusted with North Korea's behaviour, Iran appears to consider the country a trading partner and a kindred spirit.

In September 2005, North Korea agreed in a joint statement with its five partners in the so-called Six-Party Talks to support the goal of denuclearisation, and specifically committed to "abandoning all nuclear weapons and existing nuclear programmes and returning, at an early date, to the Treaty on the Nonproliferation of Nuclear Weapons and to IAEA safeguards". In return, North Korea received affirmations from the US and South Korea that no nuclear weapons were deployed in South Korea, as well as assurances that there was no intent to attack North Korea with nuclear or conventional weapons.

Moreover, the North was informed that the US and South Korea were willing to negotiate a permanent peace treaty, diplomatic recognition, financial help (including a South Korean government programme in the field of energy), and an implicit acknowledgment of North Korea's right to a civilian nuclear programme.

Compared to the extraordinary detail of the Iran nuclear deal, the September 2005 joint statement was far less detailed. North Korea was not being asked to take specific actions in exchange for mere promises; nor would it receive everything that it asked for upfront, as many critics of the arrangement alleged. The agreement was to be a phased, "action for action" programme; no party, including North Korea, would have fulfilled its obligations in the absence of corresponding actions.

Many doubted that North Korea would keep its word on giving up its nuclear-weapons programmes, and the North Koreans did not disappoint them. In the end, the Pyongyang regime ultimately decided it was not interested and walked away. And it has remained uninterested; its most significant diplomatic achievement since then was a visit by a former US basketball player of questionable judgement.

Some argue that the recent agreement with Iran will go the same way, because it, too, is a triumph of hope and naivetÃ© over realism and experience. But that claim says more about the critics of the Iran deal than it does about any objective comparison of the two countries.

Iran is a country with a turbulent past, beset by ongoing political crisis, and lacking a consensus on the way forward at home and its regional and global role. To many, its behaviour in the region suggests a competition with the Sunni Arab world for the mantle of leadership, often defined by a misguided and hateful policy toward Israel. Internationally, "Death to America" (a phrase that sounds more artful in Persian) suggests a country that does not take itself seriously on the world stage.

Yet the maturity of Iran's civilisation suggests an enormous capacity to play a positive role in an increasingly complex world order. Unlike North Korea, it possesses a vibrant civil society, educated classes that are the envy of the region, an extensive diaspora, and one of the world's richest endowments of natural resources. The country's failure to realise its potential attests to the absence of a political consensus on modernisation. But thoughtful Iranians (and there are many) understand that regional and global roles defined by hatred of Israel and antipathy for America are beneath the dignity of a 4,000-year-old state.

For Iranians of all stations, the meaning of the nuclear deal is far more complex and profound than its text conveys. As we contemplate how the agreement will be received globally, in particular among competing politicians in the US, or among restless and worried leaders in Israel and the Sunni Arab states, a key question will be whether Iranians understand that the agreement represents a defining moment in their long history. Iran's could be a civilisation of the future, not of the past.

The North Koreans never understood what they had in front of them. One hopes that the Iranians, with so much more at stake, will behave more wisely.â€‰Â©2015 Project Syndicate

Christopher R Hill, former US Assistant Secretary of State for East Asia, is Dean of the Korbel School of International Studies, University of Denver, and the author of Outpost.