Nature is key to Asia's prosperity 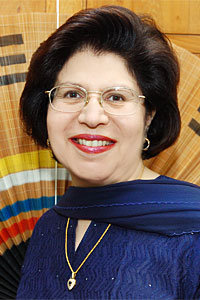 The battle for sustainability will be won -- or lost -- in Asia. Although it seems dramatic, the concept is not far-fetched. Our region is perhaps the most dynamic in the world, accounting for 40% of global economic output and two-thirds of global growth. Sixty per cent of the world's population calls Asia home and urban populations are predicted to grow from 1.9 to 3.3 billion in 2050.

This rapid growth, however, is taking a toll on our region's species and ecosystems. Asia is home to five out of 17 mega-diverse countries and 10,900 protected areas. But rates of mangrove, wetland and forest loss are among the highest in the world; 95% of Southeast Asian coral reefs are at risk; and more than 1,400 plants and animals in the region are listed as critically endangered.

And while Asia is predicted to be among the hardest hit by climate change, four out of the top 10 carbon emitters are from the region, and greenhouse gas emissions are rising faster than on any other continent. Our region is also among the most at risk from disasters usually associated with environmental degradation. This year is no exception: a deadly heatwave has left thousands dead in India and Pakistan; Thailand, Vietnam and Cambodia have suffered crippling drought; and torrential rain is taking lives and displacing millions in Myanmar and South Asia.

Asia is at a turning point. The region needs to reverse environmental degradation and ensure its people will be able to weather the impacts of climate change and disasters. It cannot do so under the current trajectory.

But how do we sustain growth in order to improve the lives of 800 million Asians still below the poverty line? We must bust the myth that loss of nature is an acceptable part of progress.

The false dichotomy that pits nature against development inhibits progress, hinders well-being, undervalues the critical role of ecosystem services and puts our citizens at significantly higher risk from disasters. And those who suffer most are often the most vulnerable and marginalised: women, children and the poor, whose resilience in the face of natural disaster is seriously compromised.

Nature's infrastructure -- the forests, rivers, wetlands and coral reefs -- sustains human civilisation. No matter how technologically or materially advanced a society is, nature's goods and services are the foundations of its prosperity and well-being.

The region's development agenda needs to focus on protecting the environment, and it must do so alongside building the resilience of vulnerable communities and populations. Asia can do this by abandoning the "nature versus progress" myth and taking up the paradigm of "progress with nature". Such a paradigm of working with nature to achieve progress encompasses three dimensions: recognising nature's value, ensuring good governance of its use, and realising that nature-based solutions can effectively address the region's most pressing challenges.

While nature has inherent value, recent approaches that have started accounting for nature's value in economic terms reveal that the financial gains we reap by preserving nature far outweigh what we get from exploiting it. Such "natural capital" accounting can give incentives to keep nature intact or to restore it, but can also pave the way for more sound investments in the region.

Nature is a precondition to growth and prosperity, but it can only support societal well-being if its services and goods are well-managed and shared. Effective and equitable governance of nature is one key to helping the hundreds of millions in Asia rise out of poverty.

Lastly, societies are more resilient when nature's support system is itself healthy and resilient. The solutions to many of Asia's challenges can be provided by ecosystems that are diverse, well-managed and functioning. An example of such "nature-based solutions" are mangrove forests which provide a more effective and cost-efficient buffer from storm surges and tsunamis than man-made dykes.

Sustainability must be an integral concern for Asia as it grows. New approaches are needed. The good news is that we are already seeing glimpses of this in our region. Countries are piloting new development perspectives that are leap-frogging the older model of nature vs progress. These include eco-civilisation in China, gross national happiness in Bhutan, the sufficiency economy in Thailand, low carbon growth in Japan, inclusive growth in India and green development in Mongolia.

Policy support, at national and trans-boundary levels, is needed. However, collaboration of all sectors in society is what is most vital. International Union for Conservation of Nature (IUCN), a union composed of government bodies and NGOs, working with conservation and scientific experts, is helping make these dialogues happen. This week in Bangkok, IUCN is convening all these sectors on a neutral platform to discuss solutions to enhance the resilience of people and nature in the region.

Embracing this new paradigm does not mean halting growth or slowing it down, but embracing a shared understanding that without nature, there is no growth. The task ahead is to ensure our region treads the path of this new paradigm -- so that when the battle for sustainability is won in Asia, it will be a positive turning point for the entire world.