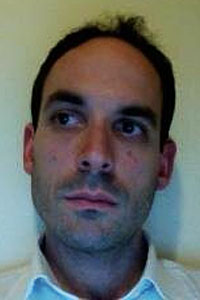 On Saturday, North and South Korea celebrate National Liberation Day, marking Japan's surrender in World War II and the end of its brutal colonial rule of the Korean peninsula. Seventy years ago this week, hopes began to rise among Koreans that their long-awaited freedom and independence was near.

South Korean Christians carry a huge national flag during a service to wish for a peaceful unification of the Korean Peninsula, in Seoul on Sunday.

But by 1948 those hopes dimmed when the peninsula was divided after the Democratic People's Republic of Korea in the North and the Republic of Korea in the South (backed by the Soviet Union and the United States respectively) declared their independence. Hopes for reunification were nearly crushed as the Korean War turned the two states into bitter enemies.

But even the ruin of war and 62 years of tense stalemate haven't killed the Korean dream of reunification, where North and South would make peace and merge into one country. More than 80% of South Koreans support reunification, a survey found in January this year by the Seoul-based Asan Institute for Policy Studies. Polls are far trickier to carry out in the North, but one conducted last year by the South Korean Chosun Ilbo newspaper among 100 North Koreans working in China found 95 of them believed reunification is necessary.

Patriotic sentiment aside, the benefits of a unified Korea for both Koreans and Asia would be enormous. Economically, the new Korea could develop a larger and more diverse economy than either state now has. The North's natural resources and large labour force would be a good fit for the South's technologically-advanced economy. Trade with other Asian countries could also be greatly enhanced.

Once a peace treaty ends the Korean War, both countries could channel money and resources away from military spending and towards building up the newly-formed economy.

Estimates of the value of a unified Korean economy run very high. In a 2009 study, economist Kwon Goo-hoon of Goldman Sachs wrote that the new Korea's gross domestic product would become the world's eighth-highest at $6 trillion, and outpace France, Germany and Japan by 2050.

Politically and socially, a unified Korea could speak with one voice in the international arena and families split after the war would be permanently reunited. Former North Koreans could enjoy political and civil rights for the first time in their lives and meeting basic needs would no longer be a daily struggle.

Unfortunately, that vision of reunification is even further away from becoming reality today than it was 70 years ago. And it is difficult to see how the two most likely scenarios of peaceful reunification could happen.

The first scenario -- the collapse of the North Korean state and its absorption by South Korea -- has been predicted by Korea experts for decades. Yet, since 1991 Pyongyang has defied those predictions time and again. It has survived the demise of its Soviet sponsor, the death of its founder Kim Il-sung, the devastating famines of the 1990s, two successions of top leadership, nuclear tensions and a limping economy.

It's possible the stability of Kim Jong-un's rule will finally tumble out of balance next month or next year, but so far the North has shown itself to be extremely resilient.

In addition, despite many countries' apparent desire for democratic change in North Korea, the status quo seems to be the preference that few wish to fully acknowledge because the results of collapse would be too volatile. No country is enthused thinking about the North's implosion causing masses of refugees to stream across borders and nuclear weapons possibly falling into the hands of rogue Northern military groups. China, the North's key supporter, also prefers the security of a buffer state separating it from the 28,000 American soldiers stationed in South Korea.

Then there's the financial costs of reunification in the event of a rapid collapse. The North is impoverished and its economy lags far behind the South. Data compiled by Statistics Korea for 2013 showed South Korea's Gross National Income (GNI) to be $1.2 trillion (42.2 trillion baht), which is 42 times larger than the North's GNI of $30.8 billion.

The costs of closing that gap by upgrading the North Korea's crumbling infrastructure and raising citizens' income levels to those of South Koreans range from $50 billion to $5 trillion, according to Korea scholar Peter M Beck.

Such amounts are shocking. They also raise the question of who will pay for reunification. But there's evidence that South Korea and its future leaders are growing hesitant about footing that bill.

Although the Asan report shows most Southerners want reunification, it also shows a generation gap in that desire, with people aged over 60 the most enthusiastic, while that eagnerness is lower for those in their 20s. When it comes to paying a "reunification tax" to offset the massive costs, South Koreans in their 20s are far less willing to pay than their grandparents.

How can the very different political systems of Seoul and Pyongyang reunify when both states want to lead a reunified Korea and deeply disagree on how the Korean War started? Northern citizens would have much to gain living under a multi-party democracy, but what incentive would Southerners have to accommodate the dictatorial politics of the North?

Perhaps the toughest problem of all is how the Kim government will stay in power (and out of jail) if all Koreans learn of the regime's political prisoner camps and human rights abuses in a new, open Korea. It's equally hard to imagine the Pyongyang government voluntarily giving up its power and privileges in a unified Korea.

Resolving those dilemmas is impossible amid the current political realities on the Korean peninsula.

As North and South celebrate the end of Japanese colonialism, they must face the facts of two different, sovereign Korean states. Though reunification is a worthy national goal, it will remain a dream for the foreseeable future.

Blair McBride is a Bangkok Post sub-editor and freelance writer.

Blair McBride is a Bangkok Post sub-editor and freelance writer.