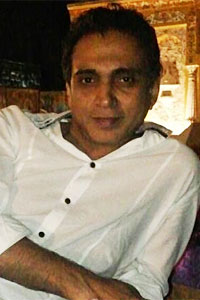 In the dusty town of Hussain Khan Wala near Pakistan's border with India, families kept quiet for years about the blackmail gang that locals believe filmed some 270 children being sexually abused, fearful the videos could appear online or sold in markets for as little as 50 cents (about 17 baht).

Those living in this town say the gang forced children at gunpoint to be abused or drugged them into submission. It was only after one family spoke up that others rose against the gang, with police later arresting 11 suspects.

But as Pakistan recoils in horror at the scope of the abuse, the case shows the dangers here facing poor children, many of whom work as domestic servants and face abuse at the hands of their employers. It also raises questions about how such a gang could operate for years, with some questioning Pakistan's police and political elite.

The gang likely began targeting its victims years earlier, Kasur district police chief Rai Babar Saeed said. Mr Saeed said police already confiscated some 30 videos, nearly all of which included sexual abuse of children as young as 12. The gang then used the videos to extort money from families, threatening to release them publicly and shame their children and their relatives, Mr Saeed said.

If a family couldn't pay, there were some cases in which a victim would be forced to find another child to be filmed being abused, said Latif Sarra, a lawyer representing some victims. He, as well as other town residents interviewed by the AP, said the gang filmed at least 270 children being abused. Mr Saeed said he didn't know of that many children being involved.

Mr Saeed said authorities began investigating the case in June after receiving a complaint, but many families declined to press charges, even after officers drove through the town of Hussain Khan Wala, asking over loudspeakers for victims to come forward.

But on Aug 4, Pakistani media reported that hundreds of protesters descended on a Kusar police station and briefly fought with officers, demanding investigators take action.

On Monday, a court in Kasur ordered five suspects in the case to be held without bail. Six others also have been arrested in connection to the case.

Haseem Amir, accused by police of being one of the ringleaders in the gang, shouted to journalists from lockup: "We have got nothing to do with it!"

"We have been trapped!" Mr Amir yelled. A lawyer for him and the others arrested could not be immediately reached.

The allegations have dominated Pakistani newspapers and television stations. Many compared it to the case of Javed Iqbal, a man in Punjab's provincial capital, Lahore, who one day in 1999 confessed to kidnapping, sexually abusing and dissolving the bodies of some 100 children in acid. Families identified their children from scraps of clothing left behind or by the snapshots he took of each of them before their death. Later sentenced to death, Iqbal killed himself in prison in October 2001.

Such horrors, while sickening to this Muslim-majority country of 180 million, happen as children remain vulnerable. Child labour is common in Pakistan, and children as young as five are "bought, sold, rented or kidnapped and placed in organised begging rings, domestic servitude, small shops, brick kilns and prostitution", the US State Department said last year. Pakistan also has a huge population of at-risk Afghan refugees, though those involved in this blackmail ring appear all to be from Pakistan, officials said.

"That is why the force is unable to check criminal activities and a tragedy like Kasur," Mr Khan told supporters at a rally in Pakistan's northwestern Khyber Pakhtunkhwa province. "We will force the government through the independent media to chase the real culprits and punish them in an exemplary manner."

Mr Saeed, the police chief, said he hadn't seen any signs of political interference in the case and denied any impropriety by police. However, Mr Sarra, the victims' lawyer, said he believed police were downplaying the case and that at least one local politician could be involved. "The police are conniving with the accused," Mr Saraa said.

Pakistan's parliament also discussed the abuse allegations, unanimously passing a resolution calling on authorities to bring all those accountable to justice. Protesters angered by the abuse also demonstrated in Islamabad, while the Lahore High Court ruled against starting a separate judicial inquiry into the case, saying police already were investigating.

For now, those living in Hussain Khan Wala, a poor farming community, are trying to come to terms with what has happened. Another victim who spoke to the AP said the gang extorted some $7,000 from him over five years while threatening to release a video, forcing him to steal jewellery from his own family. "It shattered me so badly that I would often walk out of my school. I would miss my classes," the victim said. "I had no idea how to handle all this."

The gang ultimately released the video and his mother saw it. It caused her to finally confide a secret to her son she'd never told anyone: The same gang had raped her years earlier. "They are beasts," she said.

Asif Shahzad is a journalist who works for AP.