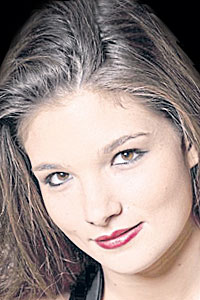 If Facebook was a person, who would it be? My answer: he is my husband and we are in a dysfunctional marriage. Having never been married, you may be disinclined to read on. It was an arranged marriage. I didn't know what I was getting myself into 10 years ago, aged 15. I was too young to understand the weight of what I was signing up for. It's not even like we dated, I couldn't suss him out before my username and password tied me down to our contract. My vows? I do, Facebook, I do… even though I don't really know you!

The honeymoon period was when I fell in love. I slowly got to know him better, carefully choosing the pictures I gave him and the things I said around him. After our honeymoon we were fully cohabiting. The more I got to know him, the more I trusted him with my innermost thoughts.

He acted as the bridge that rekindled long lost friendships; I thought they had forgotten me but he made them see that I was worthy of being known again.

But then… He started occupying a larger space in my life. On my sofa; in my bed; in my kitchen; in my bathroom; even in my cupboard! He was getting too comfortable. It was almost as if he got jealous every time I signed out and spent time in the real world, like I was having an affair.

To make him happy, I compromised and kept myself signed in most of the time, living my life a quarter of the time and his more than half.

He was definitely my "better" half though, the version of me that I wanted the world to see, even when that version wasn't true to who I was. He introduced me to so many people too. Now I realise I would not have wanted to know them in the first place. Facebook would know if I unfriended them so I didn't.

Five years ago, I filed for a divorce. He made it so hard to leave. Stomping his feet in a rage as I said goodbye, he interrogated me: "Are you coming back? Look at all our friends who will miss you if you go. Just promise you will come back!" He made it difficult. We separated instead.

The time apart was hard. I missed how he would make me feel. I missed the stories he shared with me. With him, I had 999 friends and without him, where were they? I was missing out on so many parties and memories. So with my tail between my legs, I returned (to the) home(page). And he took me back with open arms.

But the problems started to surface again. The more days passed, the more bitter I became as our lives became more intertwined. What was once limited to my laptop turned into a knelling or bleeping bore when I got my iPhone. Instead of getting the best of him, I got all of him, for better or worse. Now every other minute of the day he was bombarding me with useless comments. He'd be the first thing I looked at in the morning and boy did he irritate me. He'd ruin meals. He'd sabotage friendships. He'd reveal private information about me to people I didn't know. He'd interrupt my workflow. He'd make me late. Sometimes he even made me cry. Dinner was never hot by the time he let me get to it and summer was always cold because I was indoors with him, instead of outside.

Our real lives stop because of Facebook. And do we realise the paradox? We're hyper-connected, yet hyper-disconnected. Equally, we can feel like we don't belong when we're not invited to that party or we're unfriended. It's a means for self-presentation, but equally self-misrepresentation. All those "friends" - are they really our real ones? You feel self-worth, but it comes with self-hate. Hate because along with all the fake versions of themselves people project that make our own lives seem dull, you hate yourself as you realise you spent your life on Facebook.

A month ago, I walked out. I left without telling him. I got my friend to change my password and I haven't been back (to his) home(page) since. They say distance makes the heart grow fonder, but I really do hate him still. At first it was weird. Every time something happened, I wanted to tell him. Every nice photo I took I wanted to share with him. That's when I started seeing Instagram and what can I say, he was a nice distraction. But then I realised Instagram was Facebook's adopted son. (Facebook now owns Instagram.) Great… the apple doesn't fall far from the tree. Even when I tried to leave, I couldn't fully leave.

Alas, the old ball and chain beckons. This time, I know I will go back, out of my duty as his wife. But this time with a renewed sense of purpose. This next chapter will be the making or breaking of our marriage, for sure. When someone rules your life that much, you either have to teach them how to tone it down, or let them know it's just not working anymore.

Catherine Faulder is a sub-editor for the Life section of the Bangkok Post.

Catherine Faulder is a sub-editor for the Life section of the Bangkok Post.