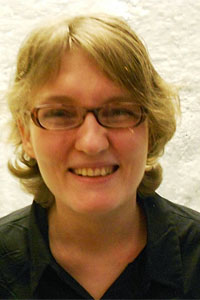 In recent decades, the Arabic word jihad -- once used to describe the duty of all Muslims to act according to their faith -- has become overwhelmingly associated with the waging of violent war against non-believers. With the rise of the Islamic State, another term has been refashioned for inclusion in the lexicon of extremist violence: hijra.

As with jihad, this is no mere semantic hijacking. The real-world implications are all too alarming. By militarising the concept of hijra, which traditionally referred to Muslims' peaceful migration to lands where they would be free from persecution, they have created a powerful tool for radicalising and recruiting Muslims far and wide, including in the United States and Europe.

Hijra's association with Islam has its origins in the Prophet Mohammed's escape from Mecca to Medina in 622, to avoid assassination and preserve his community. He and his followers knew that as long as they remained in Mecca, they would be despised by non-Muslims; their very lives were in danger.

And so, in an act of hijra -- or migration -- the prophet left the city of his birth. Islam would have a stable base, because Muslims in Medina would be free to worship according to the dictates of their faith.

Mohammed's hijra is not narrated in the Koran, but the sacred book is structured around the event, divided into revelations he received in Mecca and those he received in Medina. The year of Mohammed's hijra also became the first year of the Islamic calendar. And, as the faith spread, the word came to describe not only Mohammed's departure for Medina, but also a general obligation by all Muslims to migrate to lands under Muslim rule when it will serve their faith.

Over the course of Islamic history, hijra has come to represent more than physical movement; it is widely viewed as an injunction to create a better world in lands under Muslim rule. For millions of Muslims, it has been a guide to the universal predicament faced by all believers: how to be pious in an impious world. At its most meaningful, hijra bridges the gap between how believers wish they lived and how they actually do live.

In early modernity, however, with the systematic expulsion of Muslims from Spain in 1492, and later from lands seized by other colonial empires, hijra acquired a more violent meaning that anticipated its later association with jihad. Following these expulsions -- most notably by the Spanish and Russian empires -- the concept came to signify not only the pressure to migrate, as during Mohammed's lifetime, but also an ultimatum from the state: leave or you will be slaughtered.

Centuries after these violent expulsions by European powers, hijra today signifies much more than physical relocation. For many modern Muslims, hijra represents the perpetual movement between memory and forgetting. It is what Muslims do when -- like Palestinians and Chechens -- they have been dispossessed by more powerful states. It is how they create homes amid the homelessness of exile and displacement that is part of their modern condition. It is the turn to narrative to keep the past -- and oneself -- alive in the present. Wherever and whenever in Islamic history there are stories of despair and loss, hijra emerges as a path to courage and spiritual victory. It is both a beginning -- an origin story -- and a denouement to trauma.

Most recently, however, under the Islamic State, hijra has acquired a connotation that alienates it from its prior meanings. The Islamic State can only understand hijra as physical migration for the purpose of jihad. For the Islamic State's crude and contrived medievalism, the past is of only instrumental value, to be refashioned in the service of violent conquest and savage repression. Far from being an ethical mode of remembering -- a source of cultural continuity and consolation -- hijra has been turned into a call to arms by this new self-proclaimed caliphate, which the vast majority of Muslims today do not recognise as part of their religion.

Before hijra became militarised, it was used to hold the present accountable to the past. In this richer, if more elusive, sense, hijra far exceeds -- indeed, confounds -- the Islamic State's remit. The word's original evocation of the early Islamic community of believers who had to migrate not to wage war, but rather to live in peace, are nuances that the group's ideologues -- whose appeals to the force of the new require a purified version of the past -- would very much like us to forget. ©2015 Project Syndicate

Rebecca Gould, the author of the forthcoming book 'Writers and Rebels: The Literature of Insurgency in the Caucasus', is a professor of humanities at the University of Bristol.

Professor at University of Bristol

Rebecca Gould, the author of the forthcoming book 'Writers and Rebels: The Literature of Insurgency in the Caucasus', is a professor of humanities at the University of Bristol.

NAKHON RATCHASIMA: A provincial committee on Sunday agreed to increase the amount of assistance money for families of innocent victims killed or left with permanent disability in the Feb 8-9 shooting rampage from 1 to 2 million baht each.

YOKOHAMA, Japan: The US flew home its citizens from a coronavirus-infected cruise ship in Japan Monday, with other nations preparing to follow suit as global concerns grow over the spread of the disease and the death toll at its Chinese epicentre topped 1,700.