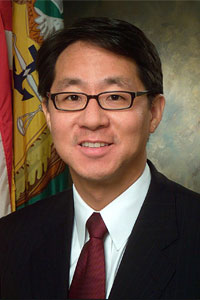 A traditional Thai dancer places flower offerings at the Erawan shrine to mark the end of repairs to the Brahma statue, damaged in the blast on Aug 17.  (Photo by Apichart Jinakul)

Every year since 2001, thoughts in New York turn this time of year to the tragedy of Sept 11, when terrorists brought down the Twin Towers of the World Trade Center. Thousands lost their lives, and economies and businesses around the world were sent reeling.

Then, after the 2001 attacks, terrorist bombings hit parts of Bali – first in October 2002 and then in October 2005. Hundreds were killed, and the tourism sector was devastated. Concerns now have been raised once again about travel to Southeast Asia. Where once it might have been Indonesia, or even the Philippines given violence and unrest in that nation's Mindanao region, this time it is Thailand.

After the bombing of the Erawan shrine, which injured 130 and killed 20 people -- many of ethnic Chinese origin -- Hong Kong quickly raised its "Outbound Travel Alert" for Bangkok to red. "Residents intending to visit Thailand (Bangkok) should adjust their travel plans and avoid non-essential travel, including leisure travel," said the Hong Kong government news release. Other countries have issued travel warnings or advisories cautioning their citizens about travel to Thailand.

Investigations continue as to who was behind the Bangkok attack. But what more can all the nations of Southeast Asia do as a region to keep travel and tourism a key economic contributor to local businesses and communities?

Policy-makers should recommit to three broad steps to ensure Southeast Asia remains competitive, individually and collectively, as a destination. First, all 10 member states of the Association of Southeast Asian Nations (Asean) must build greater flexibility and segmentation into their efforts. The ability of hotels and tour operators, among others, to adapt is critical particularly as the visitor mix evolves.

Travel for meetings, incentives, conferences and exhibitions may well come to the forefront for some destinations. The growing numbers of Chinese tourists and the need to tailor marketing and outreach efforts to their needs, just as has been done for Japanese visitors in the past, is one clear trend that can be leveraged.

Chinese travellers make up about 25% of all foreign visitors annually to Thailand, and their presence is being felt across the region. More than 4 million visitors from China travelled to Thailand in the first half of this year alone, and those numbers were expected to grow, prior to the recent bombing.

Second, all Asean member states must continue to invest in their product offerings. This must include finding funds for the maintenance of existing destinations as well as the establishment of new ones. While not every nation will have the resources of a Singapore to fund landmark new attractions such as the city-state's award-winning Gardens by the Bay, investment and a supporting regulatory environment are critical.

The need for resources for both development and maintenance also is best addressed by the involvement of the private sector. Development of a corruption–free, enabling environment for business to succeed must be a clear priority.

The upcoming "2015 Formula 1 Singapore Airlines Singapore Grand Prix" is just one example of a corporate-supported travel attraction and how public and private sectors can work together. And as hotels and restaurants must reinvest in their properties, so too must government-owned attractions, from national parks to state-funded museums and airports.

And third, Asean must recognise that its residents and the services they provide will drive the region's sustained attractiveness. At the heart of Southeast Asia's attractiveness as a destination must be its people -- more than buildings or beaches, no matter how historic or attractive.

Educational investments must follow as well as access to capital, with clear metrics for success. For emerging destinations in particular, such as Laos and Myanmar, this focus on human resources is as critical as their focus on building core physical infrastructure.

Community involvement also will be important to build support for nascent travel and tourism efforts and to help ensure tourism dollars stay in the community. Even the richest of Asean's member states also must address the issue of human capital as higher paying industries draw people away.

Southeast Asia has committed in the past to a vision of "responsible, sustainable and inclusive tourism development". This and the need for greater connectivity of Southeast Asia's diversity of destinations will no doubt be underscored in an "Asean Tourism Strategic Plan, 2016-2020" to be launched next year in the Philippines.

A focus on strengthened security and basic law and order also will be fundamental to the sustained growth of any Asean member state's tourism sector, including Thailand's. New York's World Trade Center has been rebuilt in a new and different form. Bali's beach resorts are back, attracting Australian, Chinese and other tourists. And Bangkok's Erawan shrine likewise has been repaired and reopened. Even amidst terrorism worries, Southeast Asia's attractiveness as a destination will endure.

But lessons now must be learned and acted upon, even as we continue to mourn the loss of life of just more than three weeks ago at the Erawan shrine.

Curtis S Chin, a former US Ambassador to the Asia Development Bank, is managing director of advisory firm RiverPeak Group, LLC. Follow him on Twitter at @CurtisSChin.