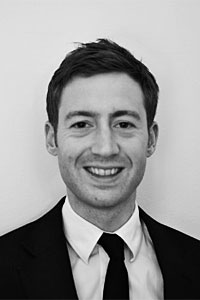 The American public increasingly thinks of Thailand as unstable, a perception fueled by official criticism of Thailand's politics. Although this criticism is partially driven by developments in Thailand, it is also a result of uncoordinated and reactionary foreign policy.

A recently released movie, No Escape, features an American family desperately trying to flee from an anonymous Southeast Asian country undergoing a violent revolution. The blockbuster shows how it is no longer just Washington wonks and policymakers who are criticising Thailand. Everyday people with no interest in geopolitics are beginning to wonder: Just how safe is the Land of Smiles?

No Escape is not offering direct commentary on Thailand's political developments -- great pains were made to not specifically identify the film's shooting location as Thailand -- but it does reflect an increasing perception in the United States of Thailand as unstable. 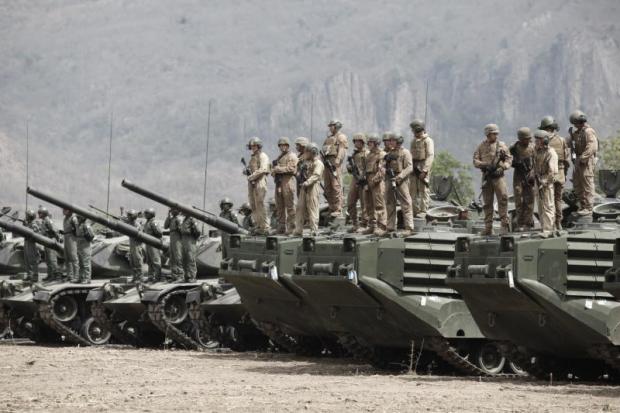 Discussions about the movie frequently lead to debates about whether or not it accurately reflects instability in Thailand. A recent thread on a movie review website, for example, asked: "Is Thailand dangerous for Americans?" On YouTube, users argue both sides. "[Thailand] goes through… uprisings monthly," said one user. Another disagreed, saying the movie "gives an extremely inaccurate depiction of Thailand".

This growing concern is partly fuelled by Washington's official criticism of Thailand following the military's taking control of government last year. In January, Daniel Russel, the US Assistant Secretary of State for East Asian and Pacific Affairs, urged Thailand to lift martial law.

The following month, the United States and Thailand participated in their annual bilateral military cooperation drill, Cobra Gold. Notably, though, Washington scaled down the exercise, a signal of its displeasure with Thailand's military rule.

In April, US President Barack Obama nominated Glyn Davies, a former US Special Representative for North Korea Policy, to serve as the American envoy to Thailand. It was difficult for Bangkok not to be irked by the nomination of an official who is known for having dealt with a pariah state.

Washington's criticism of Thailand does not appear to be based on an arbitrary assessment of Thailand's domestic political situation. This is particularly obvious if one looks across the border at Myanmar, which, despite recent reforms, is still firmly under the control of the military.

US officials' responses to Myanmar's setbacks are notably more sympathetic than their reactions to political developments in Thailand. Last week, Mr Russel spoke to the think tank community in Washington, acknowledging that Myanmar suffers from obstacles to progress. He heavily caveated this acknowledgement, however, by pointing out that Myanmar has made momentous advances in the last few years, and that the United States is committed to helping Myanmar continue along its path towards democratisation. The mood of his speech was cautiously upbeat and positive, a stark contrast compared to his January statements against Thailand's military rule.

What accounts for this strong difference in messaging? Two factors: Fear of China's expansionism in Asia, and foreign policy priorities.

The United States' "pivot east" is largely driven by its fear of China's expansionism. Washington is concerned with strengthening its cooperation with Japan and responding to Beijing's activities in the South China Sea. Both of these are components of a strategy to limit China's regional influence.

Strengthening ties with Myanmar, is a lesser, though also important, component of this strategy. Myanmar has indicated, albeit sometimes rather indirectly, that it is willing to reduce its dependence on China, should the United States be willing to step up to the plate. Washington has responded by forging ahead with gusto in its efforts to strengthen its relationship with Nay Pyi Taw.

Thailand's relationship with China, on the other hand, is regarded in Washington as more troubling. Thailand is perceived as cosying up to Beijing, as evidenced by recent announcements that it will purchase Chinese submarines, and also that China will help develop its railway networks.

These contrasting stances towards China partially explain why the United States is more lenient towards Myanmar than towards Thailand.

Another factor that determines Washington's distinct responses to Thailand and Myanmar is its foreign policy priorities. Mr Obama is invested in leaving a legacy of improved relations with formerly alienated countries, such as Iran, Cuba and Myanmar. Obviously, in this context, criticism of Myanmar's setbacks cannot be overly vocal.

In contrast, Washington's policy towards Thailand is languishing. Whereas the approach towards Myanmar is proactive and thought out, the attitude towards Thailand seems uncoordinated and reactionary.

Although US officials usually make a point to highlight the sacredness of the Thailand "friendship", the relationship frankly lacks import in Washington. In Southeast Asia, Myanmar and Vietnam capture more attention and are the focus of policymaking.

That the United States has inconsistently responded to political developments in Thailand and Myanmar should not be surprising. All countries' international relations are based upon self-interest. Ideological justification for foreign policy is useful, but it is certainly not necessary.

US officials are not locked into criticising Thailand. They can change their stances if Washington decides to place higher priority on improving its relationship with Bangkok.

If official criticism continues, it will continue fuelling general perceptions that Thailand is unstable, even if the security situation in Thailand is not threatening. Ultimately, this could lead to an estrangement between erstwhile friends.

Nicholas Borroz is a Washington DC-based analyst of energy geopolitics and investment strategies, specialising in Southeast Asia and the Middle East.

Nicholas Borroz is a Washington DC-based analyst of energy geopolitics and investment strategies, specialising in Southeast Asia and the Middle East.