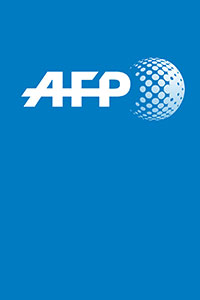 'I miss you so much," 70-year-old Kim Ik-je tells the long-lost brother he knows he will almost certainly never see.

As he begins to sob, the Red Cross video operator recording his words turns off the camera and allows Mr Kim time to collect himself before filming resumes at his bookstore in Seoul.

Just one of more than 65,000 mostly elderly South Koreans on a waiting list for the chance to be reunited with family members in the North, Mr Kim is resigned to the probability it will never happen.

And so he opted for a fall-back service offered by the South Korean government: to tape a video message that his brother, or later generations of relatives, might one day be able to view.

Millions were separated by the 1950-53 Korean War, and many have since died without seeing or hearing from their families on the other side of the border.

A reunion is scheduled for late October in a North Korean mountain resort, but it will be only the second such event in five years, with just 200 families taking part.

At 70 years of age, Mr Kim is actually in the waiting list's younger demographic, but like those in their 80s and 90s, he knows the chances of being selected for one of the rare reunions are extremely slim.

Red Cross officials who are implementing the video project say they hope the North might agree to video exchanges for those relatives unable to meet, but the sad reality is that the recordings will most likely be viewed posthumously.

Pyongyang has a lengthy track record of manipulating the divided families' issue for political purposes, refusing proposals for regular reunions and cancelling events at the last minute over some perceived slight.

"Frankly, I doubt this video will be seen by my brother or any other relatives before my death," Mr Kim said after he finished the recording.

"But I agreed to do it because it's the only other way to try and get a message across. It's so difficult to be picked for the family reunions," he said.

The second son of a transport company owner, Mr Kim was only five years old when he fled his hometown in the North with his mother and three younger brothers in Nov 1950, some five months after the war began.

His father, and the elder brother he now so desperately wants to see again, stayed behind.

Mr Kim said he had heard his father was persecuted as a "bourgeois" influence and died soon after, but his brother, now 74, had survived.

"I cannot describe how sad I feel that we have lived apart for so long," he tells the camera when recording resumes.

The Red Cross teams have taped around 4,000 messages in the past three years after roughly half those on the reunion waiting list responded positively to a 2012 survey gauging interest in the video project.

With the mortality rate of reunion candidates increasing, the process stepped up a gear in August, with extra resources allocated in an effort to get another 10,000 on video before the end of this year.

"We're pressed for time," said Jung Jae-eun, a Red Cross official dealing with separated families. "Compared to 10 years ago, a lot of people are now quite infirm, and many may die in the next 10 years," Mr Jung said.

A parallel project has seen hundreds of people provide DNA samples to the Red Cross teams.

"The data will be an effective tool for verifying family relations in the future, and also in settling possible legal disputes," Mr Jung said.

According to legal experts, the peninsula's eventual reunification could unleash a wave of complex inheritance claims on both sides of the border.

Ko Yong-kyun, 72, left his younger sister behind when he fled Kaesong city in early 1951 with his parents and younger brother and headed South.

"I'm not sure if you're alive, but I want to see you," he said in his video message taped at his Seoul apartment, watched by his children and grandchildren.

Mr Kim initially struggled before establishing and running an extremely successful electronics company, and wants his family to share the wealth they inherit with relatives in the North.

In 2013, South Korea's Supreme Court upheld the inheritance rights of North Korean children of a South Korean citizen -- even if they are still in the North.

The case involved a man who fled to the South during the Korean war, leaving his wife and five children in the North. He remarried in South Korea, had four more children and, when he died in 1987, left close to $9 million (323.6 million baht) in cash and property.

His North Korean-born daughter filed a lawsuit claiming her father's South Korean children should share the inheritance with half-siblings in the North.