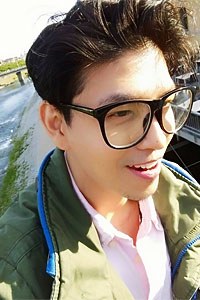 A bridge is for traversing from one side to the other and for connecting a gap between two things. Likewise, development justice is a tool to bridge the gap between economic interests and social concerns.

Hence the concept of "sustainable development" which seeks social equilibrium by focusing on economic, social and environmental development for future generations as well as the present.

Whether economic growth is progressive or regressive depends on whether it upholds justice.

The global financial crisis, for example, has put a crunch on wage labourers across the world. While the rate of unemployment is rising, governments feel the need to channel national budgets to stimulate economic growth rather than improving social justice. When people cannot earn a living wage, they seek justice in their own ways. The result is increasing crime and social violence.

In turn, rising crime rates and weak judicial mechanisms adversely affect economic development. Scarce budgets have to be channelled to addressing crime -- from arrests and prosecutions to imprisonment and finally returning convicts to society. With prevalent crime and neglected social problems, economic development may fail to meet its goals. We don't need statistics to prove that a society without justice has no promising future.

Unsustainable development is also unjust. Thailand can take pride in its economic growth figures up until recently. However, it is clear that good governance, ethics, and respect for human rights and the rule of law are still weak, not only in business operations but also in state administration.

Thailand's economic development is marked by social inequality, corruption, abuse of privilege, unequal access to opportunities, natural resource wars and social violence. Conflicts between industries, state agencies and local communities attest to a lack of development justice when the state supports industrial and urban interests at the cost of the rural poor's livelihoods.

Such conflicts lead to forced evictions imposed on rural people, and authorities use the law and lawsuits to punish those who oppose development schemes -- a violation of people's fundamental rights. Without access to justice, conflicts intensify leading to street protests and political mass movements.

All this is happening because governments see no bridge between economic development and justice.

It bears noting that civil justice has positive effects on business. It strengthens entrepreneurship and increases the attractiveness of a country for foreign investors who are concerned about the proper enforcement of contracts. Accumulating evidence from around the world shows "a tolerable administration of justice" underpins growth.

For example, the World Bank's Investment Climate Assessments finds that businesses in South Asia with confidence in the courts are far more likely to extend trade credit to customers and suppliers than those with little or no confidence in the courts. In addition, researchers in many countries found that entrepreneurs in Brazil, Peru and the Philippines would be willing to increase investment if they had greater confidence in their nation's courts.

The links between economic development and justice should be clear to policy makers. To raise public awareness of the links, the media should not only report on the economy and poverty per se, but also social injustice and inequality.

Businesses and investors must shift their focus upstream to prevent social and environmental harm. Judicial institutions need to reform themselves to ensure genuine, equitable, sustainable and just development. People should get organised to demand development justice. Without these factors, sustainable development cannot happen.

It boils down to ensuring the poor receive justice and the environment is protected for future generations. This is not a new idea, but it needs to be lifted from the margins and into the mainstream of politics. As Nelson Mandela put it: "Overcoming poverty is not a task of charity; it is an act of justice."

Jirawat Suriyashotichyangkul is a researcher at the Thailand Development Research Institute (TDRI). Policy analyses from the TDRI appear in the Bangkok Post on alternate Wednesdays.

Jirawat Suriyashotichyangkul is a researcher at the Thailand Development Research Institute (TDRI). Policy analyses from the TDRI appear in the Bangkok Post on alternate Wednesdays.