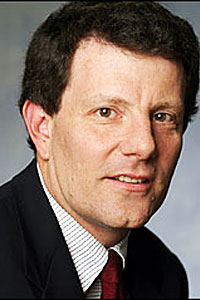 I wrote a series of columns last year, "When Whites Just Don't Get It", about racial inequity, and one of the most common responses from angry whites was along these lines: This stuff about white privilege is nonsense, and if blacks lag, the reason lies in the black community itself. Just look at Asian-Americans. Those Koreans and Chinese make it in America because they work hard. All people can succeed here if they just stop whining and start working.

Let's confront the argument head-on. Does the success of Asian-Americans suggest that the age of discrimination is behind us? 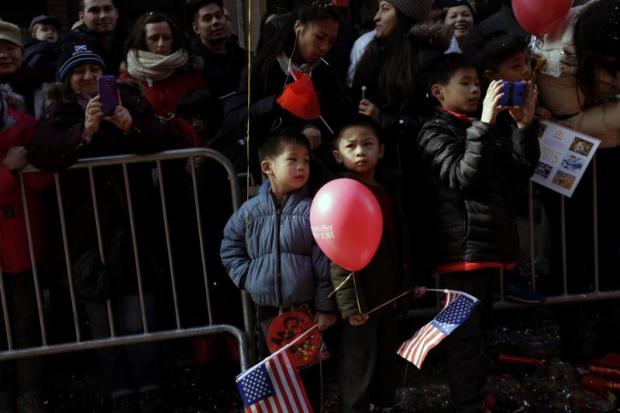 Young American boys hold the US flag during the annual Chinese Lunar New Year Parade in Chinatown in New York. Descendants of immigrant East Asians are increasingly recognised and punished by authorities for their success in the US. (Photo by EPA)

A new scholarly book, The Asian American Achievement Paradox, by Jennifer Lee and Min Zhou, notes that Asian-American immigrants in recent decades have started with one advantage: They are highly educated, more so even than the average American. These immigrants are disproportionately doctors, research scientists and other highly educated professionals. It's not surprising that the children of Asian-American doctors would flourish in the United States. But Ms Lee and Ms Zhou note that kids of working-class Asian-Americans often also thrive, showing remarkable upward mobility. And let's just get one notion out of the way: The difference does not seem to be driven by differences in intelligence.

Richard Nisbett, a professor of psychology who has written an excellent book about intelligence, cites a study that followed a pool of Chinese-American children and a pool of white children into adulthood. The two groups started out with the same scores on IQ tests, but in the end, 55% of the Asian-Americans entered high-status occupations, compared with one-third of the whites. To succeed as a manager, whites needed an IQ of 100, while Chinese-Americans needed an IQ of only 93.

So the Asian advantage, Mr Nisbett argues, isn't intellectual firepower as such, but how it is harnessed. Some disagree, but I'm pretty sure that one factor is East Asia's long Confucian emphasis on education. Likewise, a focus on education also helps explain the success of Jews, who are said to have had universal male literacy 1,700 years before any other group.

Immigrant East Asians often try particularly hard to get into good school districts, or make other sacrifices for children's education, such as giving prime space in the home to kids to study. There's also evidence that Americans believe that A's go to smart kids, while Asians are more likely to think that they go to hard workers. The truth is probably somewhere in between, but the result is that Asian-American kids are allowed no excuse for getting B's -- or even an A-. The joke is that an A- is an "Asian F".

Strong two-parent families are a factor, too. Divorce rates are much lower for many Asian-American communities than for Americans as a whole, and there's evidence that two-parent households are less likely to sink into poverty and also have better outcomes for boys in particular. Teachers' expectations can also play a role. This idea was explored in a famous experiment in the 1960s by Robert Rosenthal and Lenore Jacobson.

After conducting IQ tests of students at a California school, the experimenters told the teachers the names of one-fifth of the children who they said were special, and expected to soar. These special students in first and second grades improved dramatically. A year later, 47% of them had gained 20 or more IQ points.

Ms Lee and Ms Zhou, for their part, think that positive stereotyping may be part of an explanation for the success of Asian-Americans in school. "They're like, 'Oh, you're Chinese and you're good in maths,'" the book quotes a girl called Angela as saying. "It's advantageous when they think that."

(Of course, positive stereotypes create their own burden, with sometimes tremendous stress on children to earn those A's, at the cost of enjoying childhood. And it can be hard on Asian-American kids whose comparative advantage isn't in science or math but in theatre or punk rock. Among Asians, there's sometimes concern that there's too much focus on memorisation, not enough on creativity.)

Another factor in Asian scholastic success may be the interaction of social stereotypes and self-confidence. Scholars like Claude Steele have found that blacks sometimes suffer from "stereotype threat": Anxiety from negative stereotypes impairs performance. Ms Lee and Ms Zhou argue that Asian-Americans sometimes ride on the opposite of "stereotype threat", a "stereotype promise" that they will be smart and hardworking.

Ms Lee and Ms Zhou also say the success of Asian-Americans, far from revealing a lack of discrimination, is in part a testament to it. They say Asian-Americans work hard to succeed in areas with clear metrics like maths and science in part to guard against bias -- and many Asians still perceive a "bamboo ceiling" that is hard to break through.

To me, the success of Asian-Americans is a tribute to hard work, strong families and passion for education. Bravo! Ditto for the success of Jews, West Indians and other groups that have shown that upward mobility is possible, but let's not exaggerate the lessons here.

Why should the success of the children of Asian doctors, nurtured by teachers, be reassuring to a black boy in Baltimore who is raised by a struggling single mum, whom society regards as a potential menace? Disadvantage and marginalisation are complex, often deeply rooted in social structures and unconscious biases, sometimes compounded by hopelessness and self-destructive behaviours, and because one group can access the American dream does not mean all groups can.