Why do so many people still accept child marriage?
Opinion

Why do so many people still accept child marriage? 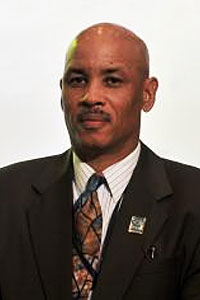 For girls in many areas of rural Bangladesh, it is far more common to be married by the time they turn 18 than it is for them to finish school. In some areas, 27% of girls were married before their 15th birthday.

In Pakistan, there is a widespread attitude in many areas that men should marry girls when they are young so that they will be "more obedient and respectful of their husbands".

In Indonesia, many households and communities see girls as eligible to be married as soon as they start menstruating, whereas boys are regarded as suitable for marriage when they are able to maintain a household.

Child marriage needs to stop. Yet, it's endurance is buttressed by strong beliefs in many communities that children, particularly girls, should be married young. Shockingly high levels of support for child marriage endure, including among parents, community leaders and often children themselves.

"To be married is a must," is a common refrain in many countries in Asia, as articulated by an 18-year-old Indonesian girl in a recently-released report into child marriage in Pakistan, Bangladesh and Indonesia.

The report details the reasons why child marriage is so common in many communities, spanning across tradition and culture, economic and legal factors, access to health and education services, and deeply ingrained gender-prejudices and sexual violence.

Young girls are the ones most negatively impacted by child marriage. In Bangladesh for example, 73% of research participants were married before they were 18 years old, compared to only 2.8% of married males.

Ultimately, the endurance of child marriage lies in deeply ingrained gender discrimination. As one research participant in Bangladesh remarked, "if a girl doesn't get married, people will start to gossip about her. She will lose her reputation, and people will think she is having affairs".

A majority of research participants in all three countries agreed that marrying girls young helped to protect them from sexual violence, and from the stigma that many families fear they will suffer.

Economic factors also lie at the heart of child marriage, exacerbated by poverty, girls' economic dependence and lack of opportunity. One parent in Indonesia told researchers it's "better for the girl to marry the old man, because there is no guarantee she can survive or get a better life by leaving home".

Yet Plan International's research shows that changing communities' attitudes and acceptance of child marriage is not an insurmountable challenge. A combination of education, economic opportunity, access to health services, and more strict, enforced legal frameworks can make a substantial difference to the prevalence of child marriage.

There is a direct relationship between education and early marriage. Put simply, the longer boys and girls stay in school, the later they tend to get married. Girls whose parents have some formal education were found to marry significantly later than those whose parents are uneducated.

Our research shows that government and NGO investment works, and that with education, awareness and regulation, people's tolerance and support of child marriages can be tackled.

The report contains a number of specific recommendations, including improving access to education, increasing access to sexual and reproductive health services, strengthening legal and institutional frameworks alongside enforcement, and ending impunity for violence against women and girls.

These solutions are not easy. They require sustained investment from governments, the development community, donors and community leaders. We need to ensure that members of these communities, girls, boys and parents, participate in these interventions, and that our efforts to end child marriage respect and include their voices and traditions.

Most importantly, ending child marriage requires a long-term commitment to developing education and opportunities for women and girls.

Mark Pierce is Regional Director of Plan International in Asia.

Mark Pierce is Regional Director of Plan International in Asia.