Curbing migration is a tricky task 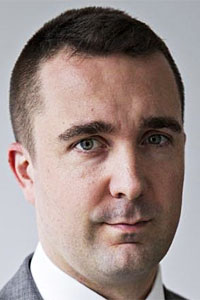 Developed countries spend US$135 billion (4.6 trillion baht) a year on foreign aid, on everything from building schools and distributing bed nets to training people how to organise a political party. As Europe's migration crisis deepens, an uncomfortable question gets harder to ignore: should rich countries use more of that money to keep people away?

That question is morally fraught. The arrival of an estimated 1 million migrants in the European Union this year -- with 1.5 million more projected in 2016 -- has fuelled populism and xenophobia. The suggestion that keeping people out is a worthwhile goal can sound like an endorsement of nativism.

It's not. Europe should accept migrants: Many of its countries produced similar waves of people dispossessed by World War II. And the European Commission predicts as much as a 0.5% boost in gross domestic product from the flood of new arrivals.

Yet the current pace and scale of new arrivals makes it hard for cities and towns to care for and integrate them. "This is not general migration," said Glenn Denning, a professor of international development at Columbia University and a United Nations adviser on food security. "This is unplanned migration, where people are saying, 'Enough is enough, we're desperate'."

Here's the bigger problem with changing aid spending in response to what's happening: some countries have already begun thinking about it, but mostly in ways that aren't likely to help.

Sweden, a paragon of international assistance, has considered slashing its development budget by 60%, using the savings to pay for recent arrivals. Another approach is spending money to persuade transit countries in Africa to stop migrants, a practice that could put them into detainment camps.

And funding policing in countries that migrants pass through on their journey to Europe -- often countries with poor human-rights records -- violates the spirit of development. "Helping governments crack down on the rights of people, that's backwards," he said.

How, then, can rich nations effectively rethink aid spending in a way that focuses on stemming migration?

First, they can help surrounding countries care for those who leave -- thus making them less likely to move on to the West. That may sound obvious, but the UN said that as of the end of August, donor nations had provided just 37% of the $4.5 billion it needs to fund aid for Syria's neighbours.

Conflict isn't alone in pushing people toward Europe. Mr Denning said the next wave of migrants could be fleeing famine in Africa, especially as climate change worsens. "60% to 70% of the population live on farms, living from season to season," he said. "If you had several years of failed crops, I think you would see a similar kind of desperate migration across the Mediterranean that you're seeing now."

There are simple steps aid agencies can take to ease the effect of potential crop failures, according to Mr Denning: building better irrigation systems to move water during droughts, more storage facilities to hold surplus crops and roads to transport those crops to areas that need them.

More acute natural disasters, such as floods or earthquakes, require more than just better infrastructure. "If the interest is in preventing sudden mass flows of people, then pre- and post-crisis intervention is enormously effective," said Michael Clemens, a senior fellow at the Centre for Global Development in Washington.

Mr Clemens cited the example of Haiti's 2010 earthquake, when a huge of influx of aid prevented what could otherwise have been a wave of people fleeing. "There were a lot of people who just needed water and basic medical care," he said. "At a very vulnerable time, that's when you could risk everything and try to go." The magnitude of assistance made that unnecessary.

Aid agencies won't always have the bandwidth or money to respond to such disasters. So one way to avert future mass-scale crisis migration is to improve the ability of developing countries to manage those events on their own.

"We need to make sure we're investing more, ahead of time, in the ability of countries to prepare for, respond to and recover from emergencies," Mr Adams said.

He pointed to Mexico, whose response to Hurricane Patricia last month was widely praised; El Salvador, which crumbled under Hurricane Mitch in 1998 but has fared better in recent storms; and Bangladesh, which has become far better at reducing deaths and destruction caused by cyclones.

Where should all this money come from? One possible source is redirecting spending away from building local democratic institutions. That kind of help is valuable, which is probably why funding for government and civil society is one of the leading categories of foreign aid from both the UK and the US. But it operates on long timelines, and the results aren't always tangible.

If decisions about development spending were made in the absence of self-interest, then building the institutions of democracy and good government would arguably be the best way to spend development money.

But the migration crisis in Europe means that's no longer the case -- if it ever was. The trick will be making sure that money continues to be spent on things that make people's lives better, rather than just keeping them from leaving their homes or stopping them on their way. ©2015 Bloomberg View