How the world fell in love with Einstein's humanity
Opinion

How the world fell in love with Einstein's humanity 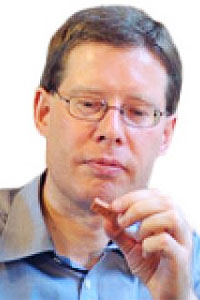 Albert Einstein announced his greatest achievement, the general theory of relativity, in Berlin a century ago, on Nov 25, 1915. For many years, hardly any physicist could understand it. But, since the 1960s, following decades of controversy, most cosmologists have regarded general relativity as the best available explanation, if not the complete description, of the observed structure of the universe, including black holes.

And yet, even today, hardly anyone apart from specialists understands general relativity -- unlike, say, the theory of natural selection, the periodic table of the elements, and the wave/particle duality in quantum theory.

So why is Einstein the world's most famous and most quoted (and misquoted) scientist -- far ahead of Isaac Newton or Stephen Hawking -- as well as a universal byword for genius?

Einstein's fame is indeed puzzling. When he gave lectures about general relativity at Oxford University in 1931, the academic audience packed the hall, only to ebb away, baffled by his mathematics and his German, leaving only a small core of experts. Afterward, a cleaner rubbed the equations off the blackboard (though thankfully one blackboard was saved and is on display in Oxford's Museum of the History of Science).

Yet, when Einstein and his wife appeared as the personal guests of Charlie Chaplin at the 1931 premiere of Chaplin's film City Lights in Los Angeles, they had to battle their way through frantically pressing and cheering crowds (on whom the police had earlier threatened to use tear gas).

The entire movie theatre rose in their honour. A somewhat baffled Einstein asked his host what it all meant. "They cheer me because they all understand me, and they cheer you because no one understands you," quipped Chaplin.

In the 1940s, Einstein told a biographer: "I never understood why the theory of relativity with its concepts and problems so far removed from practical life should for so long have met with a lively, or indeed passionate, resonance among broad circles of the public … I have never yet heard a truly convincing answer to this question." To a New York Times interviewer, he disarmingly remarked: "Why is it that nobody understands me, yet everybody likes me?"

Part of the reason for Einstein's fame is surely that his earliest, and best known, achievement -- the 1905 special theory of relativity -- seemed to have come out of the blue, without any prior achievement. Like Newton (but unlike Charles Darwin), he did not have anyone of distinction in his family.

He was not notably excellent at school and college (unlike Marie Curie); in fact, he failed to obtain a university position after graduation. He was not part of the scientific establishment, and worked mostly alone. In 1905, he was struggling as a mere patent clerk, with a newborn child. Regardless of whether we grasp relativity, his apparently sudden burst of genius inevitably intrigues everyone.

A further reason for Einstein's fame is that he was active in many areas far afield from physics, notably politics and religion, including Zionism. He is best known in this regard for his open opposition to Nazi Germany from 1933, his private support for building the atomic bomb in 1939, and his public criticism of the hydrogen bomb and McCarthyism in the 1950s (J Edgar Hoover's FBI promptly launched a secret investigation of him). In 1952, he was offered the presidency of Israel.

Clearly, Einstein's turbulent later life and courageous stands fascinate many people who are bemused by general relativity. According to Bertrand Russell: "Einstein was not only a great scientist, he was a great man." Jacob Bronowski proposed that "Newton is the Old Testament god; it is Einstein who is the New Testament figure… full of humanity, pity, a sense of enormous sympathy."

Arthur C Clarke believed that it was "Einstein's unique combination of genius, humanist, pacifist, and eccentric" that "made him accessible -- and even lovable -- to tens of millions of people." Richard Dawkins calls himself "unworthy to lace Einstein's sockless shoes … I gladly share his magnificently godless spirituality".

Such a combination of solitary brilliance, personal integrity and public activism is rare among intellectuals. When one adds Einstein's lifelong gift for witty aphorism when dealing with the press and the public, his unique and enduring fame no longer seems so puzzling.

After all, who could fail to be charmed by his popular summary of relativity: "An hour sitting with a pretty girl on a park bench passes like a minute, but a minute sitting on a hot stove seems like an hour."

And then there is my own favourite: "To punish me for my contempt of authority, Fate has made me an authority myself." ©2015 Project Syndicate