Mekong villagers in fight for their rights
Opinion

Mekong villagers in fight for their rights 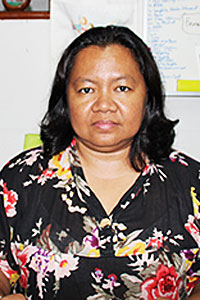 Protesters from eight provinces along the Mekong River rallied last April in front of the headquarters of Ch Karnchang to demand the company suspend the Xayaburi dam project. (File photo by Thiti Wannamontha)

The Administrative Court will today begin hearing a ground-breaking lawsuit regarding the transboundary impacts of the Xayaburi dam, located on the Mekong River in Laos -- how it will affect communities and livelihoods in Thailand. The case was filed by 37 villagers from the Network of Thai People in Eight Provinces, who have been engaged in a legal battle over the project since 2012.

The lawsuit hinges on the responsibilities of Thai government agencies to communities which face impacts on their livelihoods due to Thailand's plans to purchase power from the dam.

The case is significant for a number of reasons. It is the first community-filed public interest lawsuit in the region concerning destructive dam-building on the Mekong River, which sustains the livelihoods of millions of people. It represents a critical legal mechanism to protect community rights. It also highlights the Xayaburi dam's transboundary impact and corresponding obligations to ensure the rights of those affected, regardless of where the project is located.

The villagers assert that Xayaburi will cause profound ecological damage to the Mekong's ecosystem and harm to riparian communities. They claim that the defendants, including the Electricity Generating Authority of Thailand (Egat) and four other state agencies, approved and signed the Power Purchase Agreement (PPA) in 2011 while failing to ensure people's rights under the 2007 constitution and other laws. Under the constitution, communities have a right to be informed and participate in any project or activity carried out by state officials that may affect natural resources, the environment, livelihoods, or a community's existence.

Originally filed in 2012, the claim was dismissed by the Administrative Court, citing a lack of jurisdiction. In a landmark decision in June 2014, the Supreme Administrative Court overturned the ruling of the lower court on appeal. The decision said the court had jurisdiction to hear the case in relation to alleged failures by government agencies to properly carry out their legal duties, including information disclosure, public hearings, and assessment of transboundary impacts.

As the first lawsuit to assert community rights in the development of dams on the Mekong River, this case is crucial: Xayaburi is the first of 11 planned Mekong mainstream dams. Xayaburi's construction is expected to have significant environmental and social impacts and will help pave the way for future projects. The detrimental impacts of all proposed dams on fisheries, agriculture, ecosystems, livelihoods and the well-being of 60 million people residing in the Mekong Basin will be enormous.

The decision by the Supreme Administrative Court recognised the transboundary threat posed by Xayaburi. The court stated: "It is widely known that the project may cause impacts to the environment, water quality and quantity, the flow of water, ecological balances of the Mekong basin and other transboundary impacts in riparian countries, particularly local communities in the eight riparian provinces of the Kingdom of Thailand, which may bear extensive impacts on environmental quality, public health, sanitation, livelihoods, or community interests."

The lawsuit is also the first of its kind in Thailand to challenge government approval of power purchased from a project located in a neighbouring country. The state agencies involved in the PPA's decision-making had previously ignored calls from the National Human Rights Commission and a Senate Commission to investigate Xayaburi's PPA and conduct a transboundary assessment.

The Supreme Administrative Court's decision has broad implications for addressing a major gap in legal accountability, by expanding the interpretation of "state project" to include projects in which the government enters into a contractual arrangement with a private developer.

Cross-border investments are a growing trend in the region, particularly in energy projects. While Xayaburi is under construction in Laos, Thai entities are playing a major role in developing, financing and purchasing 95% of the electricity that will generated.

This case will help prevent state agencies from circumventing their duties by contracting out projects to private developers, including in neighbouring countries where rule of law is weak and space for affected people to have a voice in decision-making is extremely limited. The case highlights the extra-territorial obligations of state agencies to protect environmental and human rights, including in projects across borders; obligations urgently needed in the context of regional economic integration.

The fate of Mekong communities is at stake in this case. If the villagers are successful, Egat and other state agencies may be required to ensure public information disclosure, conduct extensive public consultations around Xayaburi's impacts in Thailand and undertake a transboundary environmental impact assessment. The proper fulfilment of these duties will have implications for the PPA, but also for the accountability of those involved in all Mekong dams to the communities who stand to be affected.