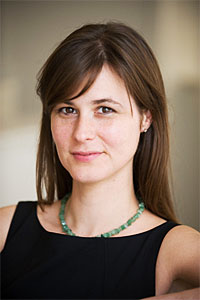 A woman in a wetsuit highlights the issue of rising sea levels on the eve of the COP21 conference in Paris. (AFP photo)

More than 100 world leaders convened with thousands of diplomats yesterday on the outskirts of Paris to open two weeks of intense negotiations aimed at forging an accord that could begin to avert the most devastating effects of global warming and redefine the economy of the 21st century.

Here is a guide to what is at stake. If the talks fail -- as they did in two previous attempts to achieve such a deal -- then nations will continue on a trajectory that scientists say locks the planet into a future of rising sea levels, more frequent floods, worsening droughts, food and water shortages, destructive hurricanes and other catastrophic events.

Recent scientific reports have concluded that the first effects of human-caused climate change have already started to sweep across the Earth, from rising sea levels flooding Miami to savage heat waves in Australia. The National Oceanic and Atmospheric Administration projects that 2015 will be the hottest global year on record, beating the record set in 2014.

Still, veterans of two decades of United Nations climate change negotiations say there is reason to think that the Paris summit meeting could be different from previous efforts, and yield a deal that could stave off the more destructive effects of warming.

"The stage is set for the possibility of getting this right, but on the other hand there are all these wrinkles and hurdles at the last minute," Secretary of State John Kerry said in an interview last week.

If you are thinking you have seen this before, you are right. Since 1992, UN negotiators have held annual summit meetings aimed at drafting a global climate change treaty. They came close to a deal twice.

There were two big problems: Kyoto assigned targets to the developed world, but made no requirements of developing economies like India and China, which today are two of the largest greenhouse gas polluters. President Bill Clinton never sent the deal to the Senate for ratification because it would not have passed, thus exempting the world's largest economy from action.

In 2009 in Copenhagen, Barack Obama and other world leaders drafted a new pact to replace the Kyoto deal. It would have committed developing countries like China to action, but failed to achieve the unanimous consent required for legal enforcement, and has served as little more than a voluntary agreement.

What is different now?

The biggest is the breakthrough agreement between the United States and China. Last year the world's two largest carbon polluters and historically the biggest obstacles to a deal announced plans to jointly enact emissions reduction policies.

Mr Obama pledged that by 2025 the US would cut emissions up to 28% from 2005 levels, largely through aggressive environmental rules on greenhouse gases from power plant smokestacks and vehicle tailpipes. President Xi Jinping announced that by 2017, China would begin a national cap-and-trade system placing limits on industrial emissions and requiring companies to pay for government-issued permits to pollute. Mr Xi also vowed China's emissions will begin to drop no later than 2030.

Since then, more than 170 countries, representing more than 90% of global carbon emissions, have put forth proposals to reduce emissions. Those plans, expected to form the core of a new agreement, represent a major change from the usual brinkmanship of climate negotiations.

Another difference between Paris and the Kyoto and Copenhagen deals: negotiators have managed expectations. At the conferences in Japan and Denmark, world leaders promoted the expected pacts as treaties that would save the planet. No one is saying that about Paris. For one thing, a Paris deal would not take the legal form of a traditional treaty. And it would not save the planet, but only be a strong first step.

The objective of climate change policy is to curb greenhouse gas emissions enough to avoid a global average temperature increase of 3.6 degrees Fahrenheit. Beyond that threshold, scientists say, there will be devastating effects. Research shows the globe has already warmed about 1.5 degrees since the Industrial Revolution.

Together the more than 170 national plans for Paris would still allow the planet to warm by as much as 6 degrees, according to several independent and academic analyses. Scientists say that that level of warming is still likely to cause food shortages and widespread extinctions of plant and animal life.

Still, that would count as progress. Without the Paris climate policies, scientists say, the planet is headed toward a far more destructive temperature increase of more than 8 degrees Fahrenheit.

Who would pay is another big obstacle.

In Copenhagen, Hillary Rodham Clinton, then the secretary of state, pledged that by 2020 the developed world would send developing countries US$100 billion (about 3.6 trillion baht) annually to help them make the transition to cleaner energy and pay for the effects of climate change, including floods and droughts.

The idea, US negotiators said, was that the money would come from public appropriations and private investments. A report this year by the Organisation for Economic Cooperation and Development found that about $62 billion of so-called climate finance money, from public and private sources, went from developed to developing countries in 2014. But in Paris, many developing countries want to lock down an agreement binding wealthier countries to spend far more of their own money to help them.

"The cost of action is not $100 billion," said Prakash Javadekar, the Indian environment minister. "It is trillions; $100 billion is just a reparation."

That argument, and the word "reparations," are likely to be heard until the talks end.

The Paris negotiators have to agree that governments meet their pledges in a way that does not violate nations' sovereignty. Advocates of a climate pact cheered when President Xi announced China's plans, but this month newly published government data showed that China was burning 17% more coal a year than the government had previously disclosed. That raised questions about the credibility of the Chinese plan and is expected to emerge as a major sticking point in Paris.

Traditionally, negotiators have sought to forge a legally binding treaty that needed ratification by the governments of the participating countries to have force.

There is no way to get that in this case, because of the United States. A treaty would be dead on arrival on Capitol Hill without the required two-thirds majority vote in the Republican-controlled Senate.

So the voluntary plans are taking the place of mandatory, top-down targets -- or what one negotiator called "legal jujitsu" that avoids the legal definition of a treaty.

Here's another way to think about it: you are given a school assignment, but there won't be any punishment if you don't turn it in. However, you are required to attend an assembly with your peers and to show them your homework. The hope is that the "student leaders," the largest economies, will create a dynamic of international peer pressure.

What could go wrong? The United Nations is a unique institution. It passes new pacts only by unanimous consent. So in a system designed to ensure that even the smallest, poorest nations have equal voices, a single country can upend a deal. That is what happened when fewer than a half-dozen countries opposed the Copenhagen accord.

After Paris, a single wild-card nation -- eyes are on Malaysia, Saudi Arabia, Sudan or Venezuela -- could bring the process down. The New York Times