This is one fight Thaksin can't win
Opinion

This is one fight Thaksin can't win

Thaksin Shinawatra has obviously not mistaken Dec 1 for Jan 1. So why did he rush to send out a New Year message?

No one except those in his inner circle know when and where he recorded the message in a clip, which was posted on YouTube on Dec 1. It was widely shared by his admirers on social media.

Their boss is back by ending his silence after a long break. And he came with a different tone from his interview with the Korean media in Seoul in May this year.

Back then, he accused privy counsellors of being the mastermind behind the military coup last May which ousted his sister Yingluck out of power.

The one-year coup anniversary was the perfect time for him to talk about that topic. And the fugitive ex-prime minister was punished by seeing his police rank stripped by the man who engineered that coup, Gen Prayut Chan-o-cha, in his capacity as the National Council for Peace and Order chairman, in September.

In conveying his New Year message, he did not attack the NCPO -- obviously Thaksin's main enemy -- the government, or any individual by name. That was not his target and main audience.

Thaksin was sending this message to his followers and the key word for them is patience. "Please be a bit patient, because no one can defy democracy," he said.

Putting that in even simpler words, the message could be read as: "Don't do anything to disrupt the work of the junta because that could be an excuse for the regime to make you wait a bit longer for democracy to return."

The greetings came as two red-shirt leaders, Nattawut Saikuar and Jatuporn Prompan, exploited the controversy over the Rajabhakti Park project to apply pressure on the government, and draw attention to its credibility problems. Deputy Defence Minister Gen Udomdej Sittabutr, who chaired the park foundation, still sits in the cabinet.

Thaksin might not be happy seeing the red pair trying to politicise the issue instead of letting Gen Prayut, his cabinet and the army fight on their own to end public suspicion over the project. 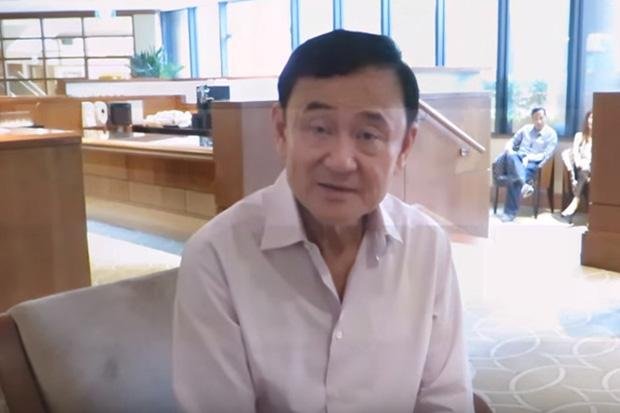 Anything which disrupts the return of democracy or which gives the NCPO an excuse to prolong their stay should be put on hold.

Thaksin is right when he says nobody can defy democracy. Yet the restoration of democracy comes first with the passage of a new charter.

His hope for early general elections came to an end when the first draft charter was thrown out by the National Legislative Assembly in September.

That meant the charter writing process had to start from square one again with Meechai Ruchupan taking the helm as chief drafter from a disappointed Bowornsak Uwanno, who was gone on the day that the first draft was dumped.

The new version of the draft charter could be ready by the end of next month before it goes through all the processes including the stamp of approval from the NCPO, voting in the NLA and a public referendum.

If things go as planned with no bumps along the way, the country could have a new constitution before the end of next year.

That is what Thaksin is looking forward to, as he said in his greetings: "I hope the coming New Year brings in the year of change." New elections will probably come in mid-2017 as Gen Prayut has told audiences inside and outside the country.

Thaksin knows that nobody including himself can beat the NCPO now. Thailand is in an NCPO era until people go to the polling booths when they reopen for the new polls.

The self-exiled former premier knows that charter drafters are writing a new constitution with a clear picture in mind where they do not want any political party dominating parliament again, as Thai Rak Thai Party, the People's Power Party, and Pheu Thai Party, all rooted with Thaksin, managed to do in the past.

Contesting new elections is the only card left in his chest. It will be tougher than any poll that he or his party (where he has pulled the strings behind the scenes) have been through. But when Thaksin's back is against the wall, it's better to take a risk by letting new elections decide whether Thaksin and the party he supports have a chance to come back again.

He is Bangkok Post's Online Editor and is in charge of all online content.