Fighting for women and children: an urgent need for change
Opinion

Fighting for women and children: an urgent need for change 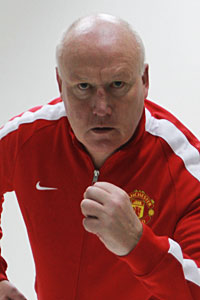 The girl was aged just 10, heavily pregnant and carrying HIV after being raped by a merchant seaman in Recife, Brazil. She was also homeless.

In return for telling her story for a television news programme I worked for, I bought her a house in a favela. A house made of milk crates and covered in tarpaulin, costing US$10 (360 baht) Chunks of meat on sale were black with flies. There was a communal water pipe. My driver was keen for us to leave: his brother had been murdered there the week before, I later learned. That was back in 1992 during the Earth Summit.

Roll on a few years to 1997 and I was in Zaire in the middle of a civil war that led to it being renamed the Democratic Republic of Congo. We had driven some 80km in the jungle from Kisangani to a camp where Hutus from neighbouring Rwanda had fled the 1990-1994 civil war there.

Men, women and children had spent four years on the run in a hostile terrain and now found themselves caught up in another civil war. One woman had been shot. The bullet had entered and exited one breast cleanly but destroyed the other. The wounds were covered in maggots.

A few days later, I saw a UN nurse picking off the maggots one by one and sterilising before bandaging the damage. The victim was one of the lucky ones. Other scenes were too horrific to describe. People begged us to take them to safety. To this day, I regret that we could not but the UN had arrived and were trying their best in a scene of carnage.

A total of 100 million people worldwide need assistance this year. More than 25 million of them are women and adolescent girls. Nearly 60 million people have been uprooted by conflict. That is the largest number since World War II. I learned these statistics in Bangkok a few days ago.

On a stage in a conference Hall in the Conrad Hotel, two brave young Afghanistan women spoke about how they are spearheading attempts to bring peace to their communities between warring factions including the Taliban. Alongside them were a youth health educator from earthquake-shattered Nepal who has trained adolescent volunteers on how to teach young people about crucial sexual and reproductive health issues for their safety and protection.

Also in this small band of courageous females were two women from the Philippines who played key roles in the response to super-typhoon Haoyan, working amid a devastated landscape to help safeguard pregnant women, young girls and other survivors. One of them, Chloe, was just 15 years-old.

They had been brought together for the Asia-Pacific regional launch of the United Nations Population Fund (UNFPA, formerly known as the UN for Population Activities) flagship global publication of the year, the 2015 State of the World Population, "Shelter from the Storm: A Transformative Agenda for Women and Girls in a Crisis-Prone World".

So what did the audience learn from this panel? Insecurity was a word that kept cropping up. So were concepts such as the right to education, respect, hope, victimisation, inhumanity, sexual abuse, the need for food, water and shelter, human trafficking and physical violence against children as young as 10. It was also stated that developing countries spend on average a "shameful" 3% of revenues on health.

Certain facts hit hard. More than 80% of the world's disasters occur in the Asia-Pacific region. In the Indian Ocean tsunami, two out of three deaths were those of women. Of the 1.4 billion people living in what are described as fragile states, almost 60% are under the age of 25.

UNFPA executive director Babatunde Osotimehin launched the publication with a series of disturbing images: "Imagine being nine months pregnant and you start having contractions but gunfire in your village has cut you off from neighbours, friends and healthcare. So you deliver by yourself."

He paints an apocalyptic picture. Every day, 507 women and adolescent girls die during pregnancy and childbirth in crises such as earthquakes and conflicts. UNFPA has put forward a four-point plan to transform humanitarian assistance in a world in which there is a $7.5 billion gap between need and response costs.

It wants to meet all acute needs and recognise women's health and rights can no longer be treated as an afterthought. It wants to step up investment and preparedness to mitigate future crises. It wants governments, institutions, communities and individuals to invest in resilience. And it wants to cushion the shock when disaster strikes or conflict breaks out.

The report makes grim reading, even for one whose job is sifting through tales of tragedy and woe and who has first-hand experience of war and displacement. One can only hope its message can be driven home to the powers that be.

Mark Hughes is a foreign news editor at the Bangkok Post.