Quality over quantity for UN goals 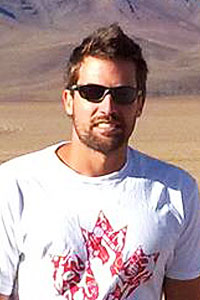 The United Nations recently claimed that the Millennium Development Goal that focused on primary education increased global enrolment from 83% to 91%. Despite these gains, today it is estimated that 124 million children do not attend school and 757 million adults are illiterate.

The nearly one billion people without a proper education is distressing as a good education is a proven foundation for alleviating poverty, sustainable economic progress, a healthier lifestyle and enhanced social development.

Inexplicably, the international community continues to fail the global poor by not creating access to legitimate education programmes that allow them to conquer poverty.

The UN's Millennium Development Goal (MDGs) on education may have achieved some progress but overall it was ineffective as it concentrated more on the quantity of children attending classes rather than the quality of education at every age group.

Substandard education was highlighted in a Unesco report that stated over 29 million children dropped out of school in Sub-Saharan Africa each year. The reason can be attributed to the children not receiving a high level of education as in most cases classroom sizes are too big and teachers are unpaid, inexperienced or have no training.

As a result, of the poor quality of education, an uneducated parent is more focused on their short-term needs and neglects the long-term benefits of education and thus pulls their children out of school to work. This can be seen as a result of the UN not making great gains in improving adult education.

Since the parents of those children have not personally experienced education improve their quality of life, they miss the advantages for their children and thus remain trapped in the cycle of poverty.

Other education problems include; ineffective, outdated or irrelevant curriculum that does not teach students the most essential skills for success where they live.

Many children have the impossible task of concentrating without having the correct nutrition to properly think as schools lack funding for food programmes. Food programmes at schools can also be an added incentive for parents to enrol their children, as they will receive free food.

In September 2015, the UN announced that one of the new Sustainable Development Goals (the new MDGs) would be improving the "Quality" of global education. This time around the new goal is more broadly focused on all levels of education and aims to eliminate gender and wealth inequalities.

While this is a step in the right direction, ultimately achieving quality education, will involve increased investment in infrastructure, teacher training, curriculum development, classroom materials, technology, food programmes and lowering schools fees. Most importantly the ultimate goal should be ensuring any programme is focused on learning and not just attendance.

Today no universal education model will work for every country, as each education system must be adapted to the local and cultural dynamics that exist in every unique location. This means that national governments should give local leaders, parents and teachers greater educational autonomy, including increased input in setting the curriculum in their region.

More emphasis needs to be put on teaching skills that are applicable for obtaining jobs in each specific region.

For example, a place like Palawan Island in the Philippines, which was voted the most beautiful island in the world but is also one of its poorest regions in the country, should focus more on tourism skillsets, such as learning languages. Mineral rich countries like Peru or the Democratic Republic of the Congo should put more value into teaching skills aimed at securing legitimate jobs in industries by developing better math, science or geography programmes that can produce engineers or geologists (one of Peru's highest-paid professions).

There is hope for improving global education as successful, innovative ideas are being used by many organisations, such as One Laptop per Child, who have developed and distributed millions of durable, economical, low powered laptops that allow rural children to digitally access updated textbooks, classes and information.

India is attempting such a project to combat their low internet user rate and fight their weak education level.

Another great innovator is The Economist 2015 innovation award winner Bridge International, who has developed a low-cost model for building nurseries and primary schools that delivers high-quality education in East Africa.

These innovations can advance global education but need to be combined with increased global investment into the education sector. Corruption and the lack of knowledge of the importance of education means that governments are not investing enough money into their education sector and sometimes even spend more on their military.

Developed countries can also take some of the blame as Kevin Watkins from Overseas Development Initiative has previously stated that only 2% of yearly international global aid given to developing countries is invested into education. To combat this, countries such as the US, Canada, Australia and EU countries must put stricter conditions on their aid and make sure that it is invested effectively in the education sectors of developing countries.

Obviously, education is not the only solution to achieve sustainable human and economic development, but it is undoubtedly the foundation for true progress. In the next decades, with the help of increased investment and utilising advances in technology, we have a great opportunity to give the world's poor a quality education and with it the tools to alleviate poverty.

Brad L Brasseur is a Canadian international development specialist who has traveled to over 80 countries in the world, while working in several NGOs, including extended time on education programmes in Peru and Ukraine. This article was originally published with Global Policy Journal on Jan 4, 2016.

Brad L Brasseur is a Canadian international development specialist who has traveled to over 80 countries in the world, while working in several NGOs, including extended time on education programmes in Peru and Ukraine.