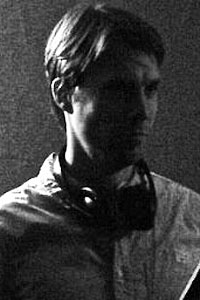 Extremist attacks, plunging markets and the break-neck pace of technological innovation. The world is beset by uncertainties as 2,500 business executives, political leaders and activists gather in the Swiss Alpine town of Davos this week.

Although the glitzy event, which features speeches, panels and debates, has drawn criticism for being disconnected from the real world, many participants stress the practical advantage of having so many peers in one place.

The meetings can lead to corporate deals and diplomatic dialogue. Last year, Ukraine struck an international bailout deal in Davos. "A lot of relationships are built and renewed," said John Veihmeyer, chairman of the consulting firm KPMG.

The annual gathering organised by the World Economic Forum is mainly a business event but it has grown over the years to attract world leaders, celebrities, Nobel prize winners and star academics.

This year's meeting is officially about how to harness technological change. In practice, it will be abuzz with discussion about the multitude of risks facing government and business leaders.

Here's a look at what's likely to dominate the meetings.

The future of China has become synonymous with the fate of the global economy and financial markets. Concerns about Beijing's ability to handle a slowdown in the world's second-largest economy have caused stocks to plunge this year. The big risk is that China's decline might become disorderly and hammer business activity or trigger a financial crisis. The country is a huge consumer of raw materials and energy from states like Brazil, Australia and Russia. Its outsize industrial sector buys machinery from the West and makes and exports consumer goods at low cost. And the growing middle class has become a key market for car makers and luxury goods companies.

The threat of extremist attacks of the kind that have hit Paris, Jakarta and Istanbul will be among the top issues, particularly for the political leaders, who will have the opportunity to hold multiple closed-door meetings with their counterparts. The international campaign to fight the Islamic State group has seen several Western countries and Russia bomb Syria and Iraq. The conflict has triggered a mass migration of people into Europe and inflamed tensions between Middle Eastern powers Saudi Arabia and Iran. This month's nuclear test by North Korea will also be a topic of discussion -- particularly after the World Economic Forum canceled its invitation to the country's delegation over the incident.

The dramatic slide in energy prices is shaking up companies and economies. While making fuel cheaper for consumers and businesses, the drop in oil prices is also leading to thousands of job cuts in the energy sector and financial instability and poverty in oil-exporting countries like Russia and Venezuela. And world powers' agreement this weekend to lift sanctions on Iran will see the country start pumping millions of barrels of oil into the already oversupplied market, as well as a rush to sign business deals with the country.

This year's meeting is officially focused on how "the fourth industrial revolution" will change every aspect of society, from health to business and travel. Among the most immediate technology concerns is how to protect companies and governments from cyberattacks as business increasingly goes digital. But participants will also be keen to discuss opportunities created by growing trends such as 3D printing, driverless cars, robotics and new biotechnologies.

Nearly 200 countries reached a landmark deal last month in Paris to limit the rise in world temperatures this century. Achieving that promise won't be easy. Shifting to renewable energy and cleaning up greenhouse gases will require technological innovations as well as huge investment -- about $13.5 trillion by 2030, according to the International Energy Agency.

To do so, governments will have to attract the private sector's interest. Meanwhile, developing countries trying to bring their populations out of poverty will have to balance the need for cheap -- and more polluting -- energy like coal against the new targets.