My only son to be drafted? Over my dead body...
Opinion

My only son to be drafted? Over my dead body...

Horrifying beatings, torture and murders of young army recruits — many covered up — expose the violent culture within our military 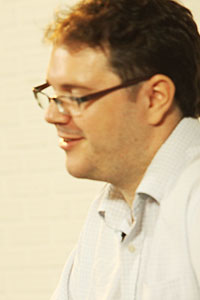 Beating victim Songtham Mudmad's mother (centre) and relatives sit in front of his coffin. His mother has asked Prime Minister Prayut Chan-o-cha for justice and refused to give permission to cremate her son's body until her voice is heard.

So it has come to this: Army chief Teerachai Nakvanich has told his subordinates not to murder or torture each other. That this even needs saying is a national disgrace.

Private Songtham Mudmad was murdered by fellow army recruits last weekend, and while he was a volunteer it came on the same day as thousands of young men across the country were starting to line up and draw cards for the national draft. Those who were spared breathed a sigh of relief. But many of those who will have to spend the next two years in the barracks will be wondering what sort of abuses they might be subjected to.

Pvt Songtham, 23, was tortured from 9pm to 4am at an army camp in Yala. The seven hours of beatings ended early last Sunday, when he was taken to hospital where he died covered in bruises and burns. He was not alone: Private Chatpisut Chumphan was also assaulted, but survived to identify their attackers.

Nor is he alone in being murdered in the barracks. Private Wichian Phuaksom, 26, was subjected to a range of abuses at a training camp in Narathiwat before being beaten until 1am on June 2, 2011. He died in agony several days later and the damage to his body was enormous, to the point family members struggled to recognise him. Pictures of his body, which his family shared last year in a renewed push for public attention and justice, are horrifying.

These are only two examples, and they are already two too many. All too often clips emerge of conscripts or cadets being tied up, slapped, struck with bamboo or subjected to other forms of assault. The Cross Cultural Foundation says 22 high-profile deaths have occurred in the barracks in the past eight years, although it is suspected other deaths and suicides can also be attributed to the violent culture in the military. Rumours abound -- as is their wont -- of other deaths being covered up or officially explained away as illnesses, heart attacks or car crashes.

It is no wonder many would rather study, move overseas or claim whatever exemption they can on health grounds than run the risk that national service will be a hellish, potentially deadly, experience. Conscription is fundamentally abusive because it forces men to be soldiers against their will, and armies are much better run when they are professional. Not to mention the draft can take two years out of a young man's life when he could be building a career, raising a family, studying to advance his prospects -- all of which are arguably of much more service to the nation than marching around army camps at the crack of dawn.

Thailand is not alone in having national service, and junta leader Prayut Chan-o-cha was recently singing the praises of South Korean soap Descendants of the Sun for pushing a patriotic message. The series is an attempt to encourage young South Koreans to tolerate the draft there, since conscription is a fiercely debated topic and claims of abuse and bullying have made it unpopular. Unlike here, the death of a conscript led to repercussions for Seoul's top brass and the resignation of an army chief. In the wake of recent scandals, it is clear the promises Gen Prayut made as army chief to end abuse in the barracks have not been fulfilled. The words on Friday from Gen Teerachai, asking officers to "take good care" of conscripts, are not enough.

Avoiding military service in one form or another is almost impossible for Thai males, and this was made abundantly clear last week. On Thai Rath TV, journalist Jomquan Laopetch asked Gen Trichak Nakapaibool what a man would have to do so that he would not have to spend a day as a soldier. His answer, "Don't have Thai citizenship."

My son is a Thai male, all of three months old. If nothing changes in the years ahead I will take Gen Trichak's advice and have his citizenship revoked: There is no way he will serve in the army as it stands today. Fortunately, I have a choice where so many others do not. Parents who feel the same take whatever steps they can to avoid having their children exposed to an institution where such abuses occur -- resorting to bribery or lying about their health conditions when necessary -- but many are powerless to resist.

Promises to end the abuse have been made before. There is no reason to believe them this time until wrongdoers are punished, the military makes examples those in charge of the camps that allow such a culture to flourish and abolishes conscription. Don't hold your breath. As it stands, the military is killing our children. I won't let it kill mine.