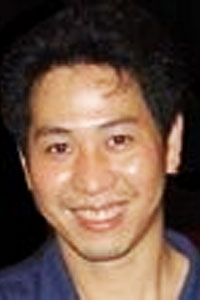 Back in 1992 when Gen Suchinda Kraprayoon, who in the previous year toppled the civilian government of Chatichai Choonhavan, took up the role of prime minister, he faced powerful public resistance. His decision to use lethal force against peaceful pro-democracy demonstrators backfired and led to his downfall after 47 days in office.

In fact, the general's decision to become prime minister was accorded by the 1991 constitution which endorsed a non-elected prime minister. The problem was the people, especially the middle class, would not tolerate a prolonged stay in power by Gen Suchinda and his military brothers in the National Peace-Keeping Council (NPKC).

So, it was the 1991 charter that was the problem. If the then National Legislative Assembly (NLA) had heeded public opinion and withdrawn the non-elected PM clause from the 1991 constitution, the political violence, known as the Black May 1992, could have been avoided.

Like the then NPKC and then NLA, the Meechai Ruchupan-led Charter Drafting Committee has underestimated public sentiment against the military in politics. Needless to say, the Meechai draft is a political time-bomb, the same as the 1991 constitution.

If we learn from the Suchinda case, we will find it necessary to reject the Meechai draft charter which in many ways fails to uphold democratic principle. In particular, it endorses the 250-member Senate being handpicked by the National Council for Peace and Order (NCPO) under Gen Prayut Chan-o-cha, a non-elected prime minister. It is to hand enormous power to the Constitutional Court, enabling it to invalidate a representative government elected by the people.

It should be noted the NCPO has failed to recognise growing public antipathy to the curbing of freedom of expression, the overuse of Section 44 under the interim charter, and the failure to revive the sluggish economy.

It's clear that the main goal of the Meechai draft is take away the people's power and hand it to the coup-makers. In short, the Meechai draft attests to the fact the ammart-prai (nobles and commoners) system still remains; and the power will always be in the hands of a small group of privileged people who refuse to heed public voices.

But the excuse of the NCPO for the need to stay longer in politics to lay the foundations for national reform over a five-year transition period is not justified. To begin with, the way it came to power through a coup is illegitimate.

More importantly, the regime's performance over the past two years makes us realise its incompetence in opening the way for people with diversified interests to settle their differences peacefully. On the contrary, the controversial Meechai draft charter will intensify inequality. A prime example is the deprivation of basic rights to education that had been safeguarded in previous charters.

As the charter drafters and the NCPO are intoxicated with their authoritarian powers, it's likely they will not pay attention to the Gen Suchinda lesson. The old general had absolute power, with the armed forces and political parties firmly under his control before he was ousted by the people.

It seems Gen Prayut and the regime have not realised their political status will adversely change once any of them takes up the premiership. This is because, after the 2017 election, they are up for challenge by the people with deep faith in democracy -- and by that time the military will no longer have absolute power through S44 to suppress or silence political opponents. It will not be possible for them to throw anyone into the so-called "re-education camps".

Therefore, killing the draft charter is the only way for Thais to peacefully get out of the vicious political circle.

However, for many, the Aug 7 referendum is a catch-22. It's a hard decision since they know it's the only way to ensure a quick election. For this group of people, they just hope to pass the charter, no matter how bad it is, and amend it later.

But the above reason is not enough for us to approve the Meechai draft because the election under this flawed charter is simply meaningless. In the end, there will be a group of people who maintain their grip on power through the appointed Senate and the so-called "independent organisations". The draft means someone can be in power without the need to compete in the polls, and propose election policies.

Having the Meechai charter amended is next to impossible under the conditions set by the CDC. In particular, it requires a minimum of 10% support from every party in calling for an amendment. If one party disagrees, nothing will happen.

For the above reasons, we must say "no" to the draft, or we will give the regime a chance to stay on and abuse its power to the point that an uprising is inevitable.

More importantly, the "no" vote for the Meechai draft will give the regime the right signal that an oligarchy is unwanted. Under such circumstances, the military will know its calling "time" on normal politics, and the non-inclusive charter drafting such as we have witnessed over the past two years, is no longer acceptable to the people. On the contrary, we need the participatory process in charter drafting. On top of that, the regime needs to know that its popularity has faded.

For some middle-class people who still support the NCPO because it managed to bring society back to normal, they should realise the regime was only able to do that through the use of authoritarian powers and suppression. It's not about the regime's ability to solve problems like the economic slowdown or respond to the people's needs. Peace and order via that means can only be short-lived. What we need is a society in which people can make political bargaining peaceful.

If the middle class is frustrated with politicians' use of power without checks and balances, what is needed is a system that improves such mechanisms, not a new kind of power without accountability that infringes upon the rights of the people who use their power through elections.

For those who support the regime in the hope of it getting tough on corruption, they should realise the regime has not achieved any major successes. Worse, its image has been significantly tainted with the Rajabhakti scandal while the probe into the alleged graft that cleared all involved is not convincing. This means the regime has failed to guarantee "cleanliness" among its own people.

More importantly, the sector of society that used to endorse the regime should come to the realisation that the military never understands the problems that the grassroots face.

A prime example is forest policy that seeks to boot people from their ancestral land. Such blatant behaviour is no different from the Khor Jor Kor land allocation project that involved the mass eviction of villagers in the Northeast in the Suchinda era which was a total failure. It was one of the reasons for the people challenging the Suchinda clique.

Another example is the use of the archaic S44 in evicting people in slum areas by the NCPO. This is more than enough to make us realise that there is no future as long as we are under the regime.

With these reasons, a "no" vote in the referendum is the first step we must take together.

Boonlert Visetpricha is a lecturer in the Sociology and Anthropology Faculty, Thammasat University. This article was first published at the Prachatai website.

Boonlert Visetpricha is a lecturer in the Sociology and Anthropology Faculty, Thammasat University. This article was first published at the Prachatai website.

LONDON: Chelsea sacked manager Frank Lampard on Monday after a poor run of results left them languishing in mid-table in the Premier League.