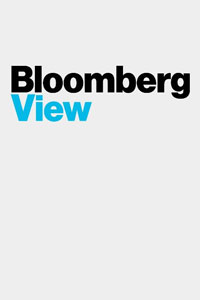 Thenmozhi Rajaratnam, nickname Dhanu, a Tamil from southern India, killed Rajiv Gandhi, herself and 14 innocent people with a suicide bomb on May 12, 1991. (Photos from the Jain Commission murder investigation)

On a list of history's most notorious assassins, alongside John Wilkes Booth, Lee Harvey Oswald and Gavrilo Princip, the name Thenmozhi Rajaratnam would probably draw mostly blank stares. But in her way, the Tamil Tiger terrorist -- who blew up herself, the Indian leader Rajiv Gandhi and 13 others in May 1991 -- has perhaps had the largest lasting influence.

Since that terrible day, women are known to have carried out at least 185 suicide attacks, killing 2,130 people and wounding nearly 5,000 others. According to the University of Chicago's Project on Security and Terrorism, a vast majority have been related to five conflicts: the Sri Lankan civil war that ended in 2009; the fight against the Russian military in Chechnya; the insurgency following the 2003 US-led invasion of Iraq; the Israeli-Palestinian conflict; and, most recently, the Boko Haram terrorist movement in West Africa.

This week, The New York Times shed new light on that last struggle, profiling Rahila Amos, a 47-year-old Nigerian Christian woman who says she was abducted by the Islamist rebels and forced to train for a suicide attack.

The article explains the many ways in which female bombers have become "ideal weapons": "At security points run by men, they are often searched less thoroughly, if at all. Tucked under the bunched fabric of dresses or religious gowns, explosives are easy to conceal." Indeed, it is thought that Gandhi told his security detail to allow Rajaratnam to approach him with a flowered garland. 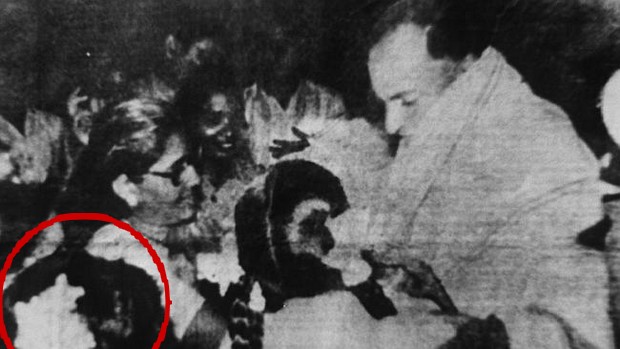 Gandhi has only seconds to live as the suicide bomber Thenmozhi Rajaratnam approaches him while he engages local people in conversation at Sriperumbudur, Tamil Nadu State.

Boko Haram seems to have made a science of preparing women for this ultimate sacrifice:

Ms Amos described a six-tiered daily education track for the women that she called Primary One, Primary Two and so on. The first two levels were Quranic training. Primary Three was training in suicide bombing and beheading. "How to kill a person and how to bomb a house," she said.

"They told us if we came upon a group of 10 to 20 people to press this," she said, speaking of a detonator.

The instruction given in the upper levels of the training -- Primary Four, Five and Six -- was a closely guarded secret among the fighters. Ms Amos said she never learned what took place there.

But all the anecdotal evidence leaves one question largely unexplored: Why do the women do it? "One soldier who has engaged with Boko Haram said he believed that fighters must drug the girls' food," notes the Times article's author, Dionne Searcey. She adds that the women may not truly be blowing themselves up, because the bombs might be remotely detonated.

But this idea that women are reluctant to kill themselves for a cause -- instead tricked or brainwashed or forced by husbands or male family members -- is being gradually debunked by researchers looking at the phenomenon on a global scale. Yes, schoolgirls kidnapped by Boko Haram certainly cannot be considered independent actors. But in the world of female suicide terrorism, it is increasingly clear that coercion is not the norm.

Consider the aforementioned Rajaratnam, who went by the nom de guerre Dhanu. The Indian government investigation of the Gandhi assassination discovered a plan of striking sophistication plotted over many months. Assassinations of high-level officials are far harder to carry out than random attacks on marketplaces or transportation hubs, and Dhanu worked with a large team of accomplices that carried out dry runs at the site. Terrorism experts insist that anyone in such an involved conspiracy is acting of her own volition.

"They are not cannon fodder just being thrown away," Robert Pape, the director of the University of Chicago centre, says of such female bombers. In terms of competence, he said, "coercion brings the worst you have to offer"; in contrast, many of these women are -- like Dhanu -- highly capable. Mr Pape adds that relatively small organisations such as the Tigers and Chechen rebels deployed a large number of female bombers -- more than could have been controlled through sustained coercion alone.

Indeed, time and again, the female terrorists in these struggles appear highly motivated. Sana'a Mehaidli, a Syrian who blew herself up next to an Israeli convoy in Lebanon in 1985, was not only the first female suicide bomber but also one of the first terrorists to make a so-called martyr video, now the de rigueur way of expressing one's devotion to the cause posthumously. The grainy tape shows not a pawn but a woman eager to kill Israelis.

The so-called Chechen Black Widows, who have carried out more than 20 attacks since 2000, are certainly motivated in part by the deaths of their husbands at the hands of the Russian military. But by all accounts they appear to be just as committed as male rebels to freeing their homeland from what they see as foreign subjugation. They have also been far more deadly, killing an average of 21 people per attack in the first decade of their insurgency, compared to 13 for males.

Globally, the particular circumstances that lead terrorist movements to take up suicide bombings are well known. According to Mr Pape and his team, they are most prevalent in situations where a population feels that its homeland is being occupied by an invading force, usually of a different ethnicity or religion. Destruction of homes, deaths of family members and squalid conditions at refugee camps are multiplying effects.

Thus the rise in attacks by Boko Haram -- the Times reported that the group has used at least 105 women and girls in attacks over the last 22 months -- should be no surprise. Troops from Cameroon, a largely Christian country, and Chad last year crossed their borders into Boko Haram's Nigerian stronghold, cracking down on the extremist group but also allegedly committing atrocities that engendered a backlash among the local population. It's a familiar cocktail seen in the previous conflicts riven by suicide attacks.

To some degree, the Boko Haram incidents break with the pattern from Sri Lanka and Chechnya. A high proportion of the female bombers are in their mid- or even early teens, perhaps some of them survivors of the mass abduction of schoolgirls in the town of Chibok two years ago. Clearly, they are too young to be considered acting of their own volition. Yet Ms Amos, the escapee profiled by the Times, said that seven of the 30 trainees in her group were avidly anticipating their suicide missions: "It was a direct path to heaven." And like the men who take that path, many of the women choose it for themselves.

KIEV: A Belarusian activist who heads an NGO helping his compatriots flee repression in Belarus has disappeared in Kiev, his organisation said on Telegram.

US urges Asean to stand up to China