Liberal democracy bows to the reactionaries 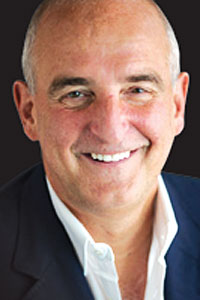 Liberalism is dead. Or at least it is on the ropes. Triumphant a quarter-century ago, when liberal democracy appeared to have prevailed definitively over the totalitarian utopias that exacted such a toll in blood, it is now under siege from without and within.

Nationalism and authoritarianism, reinforced by technology, have come together to exercise new forms of control and manipulation over human beings whose susceptibility to greed, prejudice, ignorance, domination, subservience and fear was not, after all, swept away by the fall of the Berlin Wall.

As communism fell, and closed societies were forced open, and an age of rapid globalisation dawned, and the United States earned the moniker of "hyper-power", it seemed reasonable to believe, as Francis Fukuyama argued in 1989, that, "The triumph of the West, of the Western idea is evident first of all in the total exhaustion of viable systematic alternatives to Western liberalism". Therefore, per Fukuyama, the end point of history had been reached with "the universalisation of Western liberal democracy as the final form of human government".

This was a rational argument. It made sense. Hundreds of millions of people enslaved within the Soviet imperium had just been freed. They knew -- everyone knew -- which system worked better. The problem is that the hold of reason in human affairs is always tenuous.

Looking back at human history, the liberal democratic experiment -- with its Enlightenment-derived belief in the capacity of individuals possessed of certain inalienable rights to shape their destinies in liberty through the exercise of their will -- is but a brief interlude. Far more lasting have been the eras of infallible sovereignty, absolute power derived from God, domination and serfdom, and subjection to what Isaiah Berlin called "the forces of anti-rational mystical bigotry".

Such anti-rational forces are everywhere these days -- in Donald Trump's America, in Marine Le Pen's France, in Vladimir Putin's Russia, throughout much of the Middle East, in North Korea. Representative government under the rule of law has proved to be insipid fare for an age that traffics in heady images of power and violence.

Berlin, well before Prof Fukuyama, identified a potential weakness of liberalism. In "The Crooked Timber of Humanity", he wrote: "A liberal sermon which recommends machinery designed to prevent people from doing each other too much harm, giving each human group sufficient room to realise its own idiosyncratic, unique particular ends without too much interference with the ends of others, is not a passionate battle-cry to inspire men to sacrifice and martyrdom and heroic feats."

No, but as the framers of the US constitution knew, machinery of such liberal inspiration is the best hope to afford citizens a lasting defence against tyranny. Liberty, however, requires certain things. Liberalism demands acceptance of our human differences and the ability to mediate them through democratic institutions. It demands acceptance of multiple, perhaps incompatible truths. In an age of declamation and shouting, of politics-for-sale and the insidious submersion of politics in fact-lite entertainment, the emergence of Mr Trump is as unsurprising as it is menacing.

No wonder Mr Putin admires him. Russian authoritarianism is all about the muscular trappings of power and popular adulation cultivated through fawning medias. Berlin noted there was "some truth" to conservative writer Joseph de Maistre's view that "the desire to immolate oneself, to suffer, to prostrate oneself before authority, indeed before superior power, no matter whence it comes, and the desire to dominate, to exert authority, to pursue power for its own sake" are forces that are "historically at least as strong as desire for peace, prosperity, liberty, justice, happiness, equality". And so history does not end. It eddies back and forth.

The broad failure of the Arab Awakening -- the greatest liberation movement since 1989, an attempt by Arab peoples to empower themselves -- had many causes, but a central one was the absence of any liberal constituency in societies from Egypt to Libya. Even a country with a large middle class like Egypt was not ready to accept the mediation of multiple truths through democratic institutions. So power went back to the generals, and the Islamists -- even the moderates among them -- were condemned to prison or worse.

In Russia, and now in countries from Hungary to Poland, and in China, forms of authoritarianism are ascendant and liberalism are in retreat. In the Middle East, the Islamic State casts its long, digitised shadow. In Western societies beset by growing inequality (neo-liberal economics has also sapped the credentials of liberalism), political discourse, debate on college campuses and ranting on social media all reflect a new impatience with multiple truths, a new intolerance and unwillingness to make the compromises that permit liberal democracy to work. The threat for liberal Western societies is within and without. Liberalism may be feeble as a battle cry, but nothing is more important for human dignity and decency. The New York Times