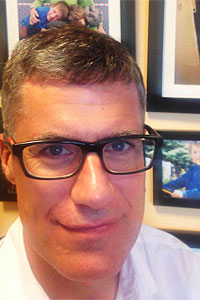 When US President Barack Obama first visited Japan in Nov 2009, he said he hoped someday to visit Hiroshima and Nagasaki, where the US dropped atomic bombs during World War II.

With his fourth and likely final visit to Japan as president scheduled this month for a Group of 7 meeting for leaders of industrialised nations, the White House is deciding whether Mr Obama will follow through. No sitting US president has ever visited the cities, because of concerns that such a trip would suggest that the US was apologising for the attacks.

"The memories of Hiroshima and Nagasaki are etched in the minds of the world, and I would be honoured to have the opportunity to visit those cities at some point during my presidency," Mr Obama said in 2009. The calculus for a visit is particularly complicated for Mr Obama. Political opponents have often falsely accused him of undertaking an "apology tour" of world capitals in his first year in office, so anything that even hints of atonement would feed that criticism.

On the other hand, Mr Obama has made curbing the world's stockpile of nuclear weapons and lowering the risks of nuclear attack a signature issue of his presidency, an important reason he won the 2009 Nobel Peace Prize.

"The symbol of Hiroshima is the significant and even, in some ways, tragic ability that mankind has to wreak terrible destruction," Josh Earnest, White House press secretary, said in a recent briefing.

But Mr Earnest was unequivocal when asked whether the president believes that Japan deserves a formal government apology: "No, he does not."

The bombings killed more than 200,000 people, most of them civilians, and led to the Japanese surrender.

Some historians say the bombings were unnecessary and even criminal, while others argue that they saved American lives and those of hundreds of thousands of Japanese civilians who would have perished in a US invasion. Older Americans tend to view the bombings as necessary while younger ones see them as far more problematic.

There appears to be little official appetite in Japan for an apology.

In 2007, Fumio Kyuma, Japan's defence minister at the time, referred to the bombings as "something that couldn't be helped". A secret 2009 State Department cable released by WikiLeaks in 2011 quoted a top Japanese diplomat as calling a visit to Hiroshima "premature" then and any apology as a "non-starter". And Japan's own record of delayed apologies for its wartime behaviour and atrocities has been criticised.

Mr Obama has sought to make fundamental changes in foreign policy by challenging long-held assumptions about relations with Cuba, Myanmar and Iran, and many observers predict he will do the same with Japan. He and his closest advisers are often disdainful of what they see as the think-tank consensus in Washington about how the US should behave on the world stage. In a speech in Prague in 2009, Mr Obama made clear that the US has a unique role arising from Hiroshima.

"Just as we stood for freedom in the 20th century, we must stand together for the right of people everywhere to live free from fear in the 21st century," the president said. "As the only nuclear power to have used a nuclear weapon, the United States has a moral responsibility to act."

Both Thomas E Donilon, a former national security adviser for Obama, and Wendy Sherman, who recently left as the fourth-ranking official in the State Department, said in interviews that Mr Obama should visit Hiroshima.

Mr Donilon pointed to the North Korean nuclear programme, a deep concern in Japan, as one reason for such a visit. "I think a visit would serve as a stark reminder of the dangers of nuclear weapons," Mr Donilon said.

"For him to go to Japan and not go to the place where we birthed a nuclear century doesn't make any sense," she said. "I think he has to go."

But Victor Cha of Georgetown University, an adviser on Asia in the George W Bush White House, said any suggestion that countries should get rid of all nuclear weapons while North Korea continued to build more made little sense. "I think the risks of a visit outweigh the benefits," Mr Cha said.

Last month, Secretary of State John Kerry became the highest-ranking US official ever to visit Hiroshima, during a diplomatic conclave intended to set the stage for the Group of 7 meeting this month.

"Everyone should visit Hiroshima, and everyone means everyone," Mr Kerry said at a news conference. He called the visit "stunning" and "gut-wrenching", and he wrote in a guest book: "It is a stark, harsh, compelling reminder not only of our obligation to end the threat of nuclear weapons, but to rededicate all our effort to avoid war itself."

Some conservative commentators criticised Mr Kerry for not telling the Japanese that they deserved to be bombed, something Mr Obama is also unlikely to do.