His Majesty the King takes a private boat trip yesterday from Siriraj Hospital to preside over the official inauguration of the royally initiated Khlong Lad Pho, Bhumibol 1 and Bhumibol 2 bridges in Phra Pradaeng district, Samut Prakan. The boat trip was His Majesty's first such journey in four years since he travelled on the royal barge to attend a kathin ceremony at Wat Arun in 2006. A large number of people, many of them wearing pink which is believed to be an auspicious colour for the King, showed up from early afternoon for a chance to see the beloved monarch. Photos by Bangkok Post Photographers 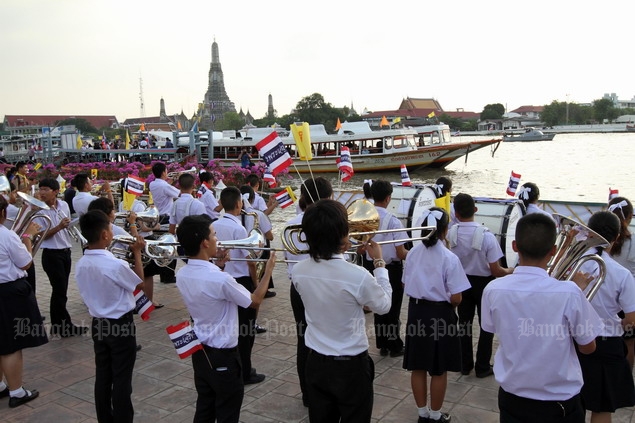 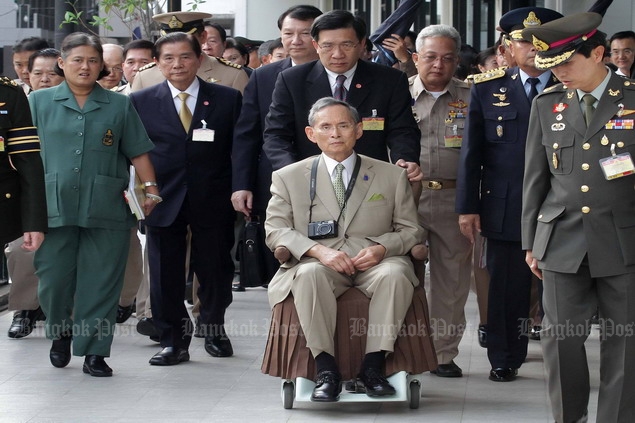