Two bystanders were slightly injured when a freight train hit six cars at an Asok-Phetchaburi railroad crossing last night (Dec 14). The accident occurred on Asok-Montri Road near the Airport Link Makkasan station during the evening rush hour, when the road was heavily congested. At least six vehicles had stopped in the middle of the railroad crossing when the train ploughed into them. The train dragged at least two cars hundreds of metres. Photos by Patipat Janthong. 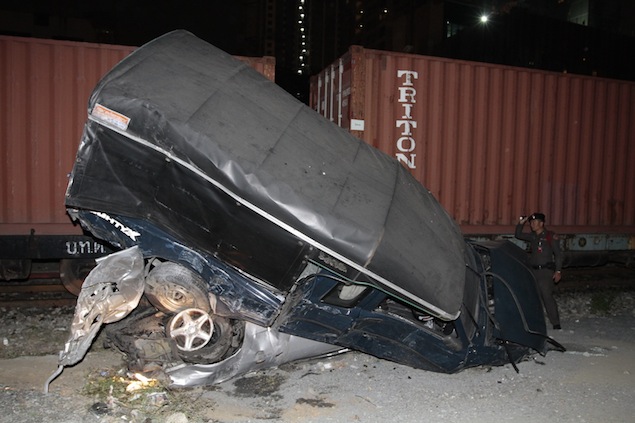 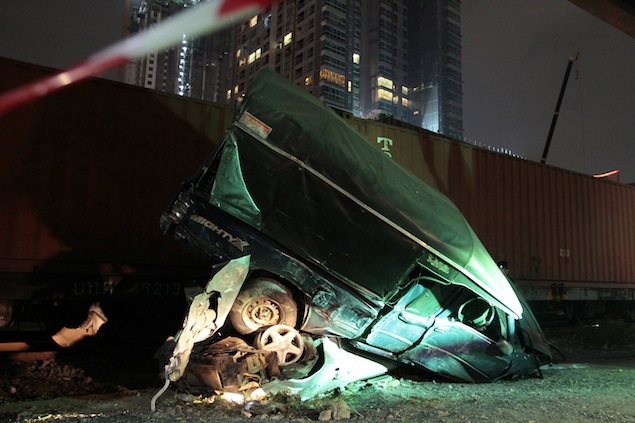