The Royal Thai Army on Tuesday declared martial law across the crisis-gripped kingdom to restore order following months of anti-government protests that have left 28 people dead and hundreds wounded. An announcement broadcast on army-run TV Channel 5 said martial law had been invoked "to restore peace and order for people from all sides", stressing that the move "is not a coup". Photos by Post Photographers. 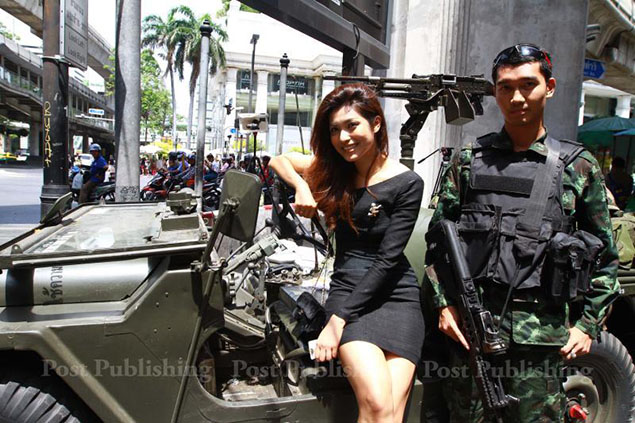