No regrets for Pruksa's branding guru

Mrs Supattra with her family. Her two daughters inherited her love of reading.

When Supattra Paopiamsap was about to leave Unilever Thailand, one of the country's biggest makers of fast-moving consumer goods, she thought of a conversation with Thongma Vijitpongpun, Pruksa's executive committee chairman, that lingered in her mind.

"Upon meeting him five years before I resigned from Unilever, he wanted me to join Pruksa to take charge of branding and improve housing quality with affordable prices," she says.

After she made the decision to say goodbye after 26 years at Unilever, Mr Thongma was the first person she called. She remembered his words that Pruksa would always welcome her whenever she decided to quit her job. Mrs Supattra phoned him and asked whether his offer still stood.

"After several meetings and talks during the time I was still with Unilever, I learned that Mr Thongma and I had many things in common," she says. "We shared our thoughts about Dhamma. We respected Luang Pu Mun [Bhuridatta] and Vipassana meditation. Our value system was the same."

A Unilever veteran who had never worked for any other company, she left the Anglo-Dutch multinational in early 2018 to join Pruksa.

"My whole working life throughout two decades at Unilever revolved around change," she says. "In the first eight to nine years, I was a back-end strategist. Then I moved to the front end to supervise local marketing. After that, I was assigned to relocate to Malaysia and take charge of regional marketing before going back to Thailand once again."

Those changes of function, expertise and geography shaped her experience, and she embraced them when she was promoted to Unilever Thailand's chief executive in 2014, becoming the first Thai woman to lead the local unit.

Moving to Pruksa, the country's biggest housing developer, was another big change.

"Changes lower my ego," she says. "Every time I jump into something new, I'll bring myself down to earth. My ears actively listen as I'm obliged to learn and adjust to new things." 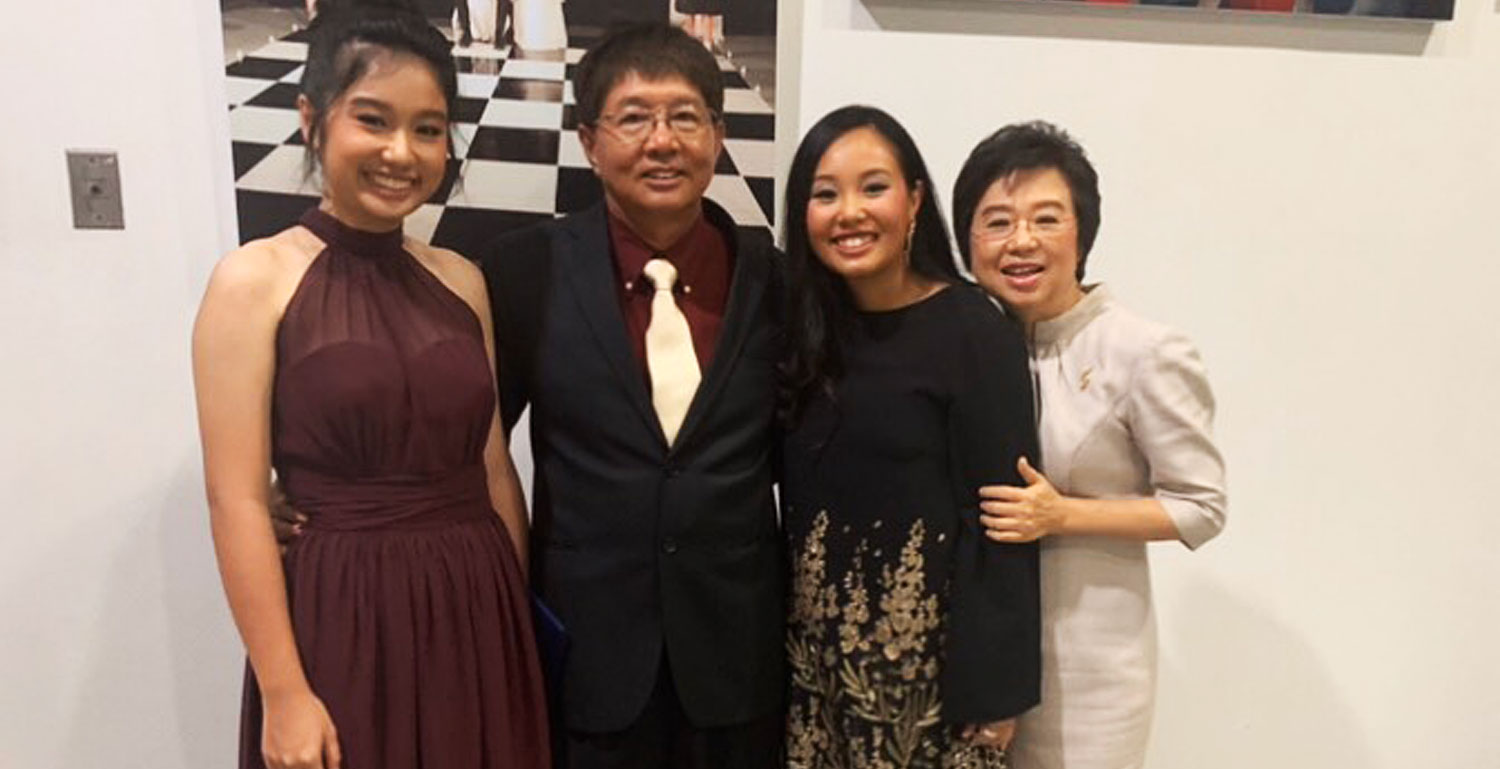 Mrs Supattra with her family. Her two daughters inherited her love of reading.

She carried her international marketing experience to Pruksa with an aspiration to build a competitive Thai brand.

The 26-year-old housing developer could have carried on with its successful path, yet Mrs Supattra found room for improvement.

Her first year with Pruksa marked the first time she had ventured into the new territory of the property sector. As a high-ranking executive, she needed a quick win to build her confidence, credibility and respect.

"To lead a change in the company, I started with my expertise: branding," she says. "I initiated a brand transformation, marketing, portfolio cleanup and improved product quality and brands."

"He told me he had never worked for any other firm, so he didn't have any idea what the best practices should be," Mrs Supattra says. "He needed my help."

"The brand creates value for the company," she says. "For property, the corporate brand is very significant, as it's about confidence and trust."

In the two years since she joined Pruksa, Mrs Supattra has transformed the company, turning negative feedback on social media into positive responses.

Pruksa was recognised as Brand of the Year for 2019 at the World Branding Awards, the first Thai property developer so honoured.

Despite her success, Mrs Supattra hasn't set a retirement plan yet. The 57-year-old executive still has an urge to finish a big mission for Pruksa: transforming the organisation and portfolio, with the brand-new Vimutti International Hospital to be added by the end of the year.

Shedding light on her private life, Mrs Supattra says she braced for tremendous change in early 2019 when her mother passed away. Now she spends her free time taking care of her father, who stays with the family. They often enjoy watching the TV singing contests together.

Whenever she has free time, she'll dedicate those precious moments to reading. Her favourite articles are from Harvard Business Review and the World Economic Forum.

Short articles written by key business leaders and research studies are her preferred texts, as they guide her to new ways of thinking.

"Mr Chatri's life is very interesting," Mrs Supattra says. "He started from zero. Even though he had to deal with financial difficulty, he managed to graduate from Harvard University eventually. He has the ability to polish and bring up the inner potential of people, as well as knowing how to manage them wisely."

When asked about any recent articles that impressed her, she pointed to a Harvard Business Review piece about successful women. To become a shining star in the business arena, those ladies still needed strength from a supportive husband and family.

Without that wind beneath their wings, failure could have easily chased them down, she says.

Her personal life reflects the importance of family. When Mrs Supattra reads several articles a day, she'll discuss the details with her older daughter, also a bookworm.

"My two daughters are readers," she says. "The youngest, 19, loves to talk about physics, science and stuff about the new generation. The eldest, 29, always tells me jokes, mostly involving a cultural context."

Her 29-year-old followed her graduation path in a management programme, while her younger daughter is studying physics at the University of Oxford.

The mother of two is also an amateur writer. She has about 4,000 followers of her Facebook account, where she often shares her thoughts about marketing and management.

"Some of my followers asked for my advice via direct message on how to balance working life and time for family," Mrs Supattra says. "Some thanked me for my words. This makes me feel it's useful to others and encourages me to write more often on Facebook."

At the same time, Mrs Supattra is helping the Samaritans of Thailand in rebranding and improving their public relations plan. The mission of the non-governmental organisation is to prevent suicide by listening to those who suffer.

"Doing something useful and helping others makes me happy," she says. "Dhamma and meditation teach me not to become attached to material things and status."