Lots of new mall space in the pipeline, even as online shopping momentum builds.

The retail market in many countries, including Thailand, is facing a tough time. And although the Thai retail market still has room to grow, the upward trend may last for only a few more years. 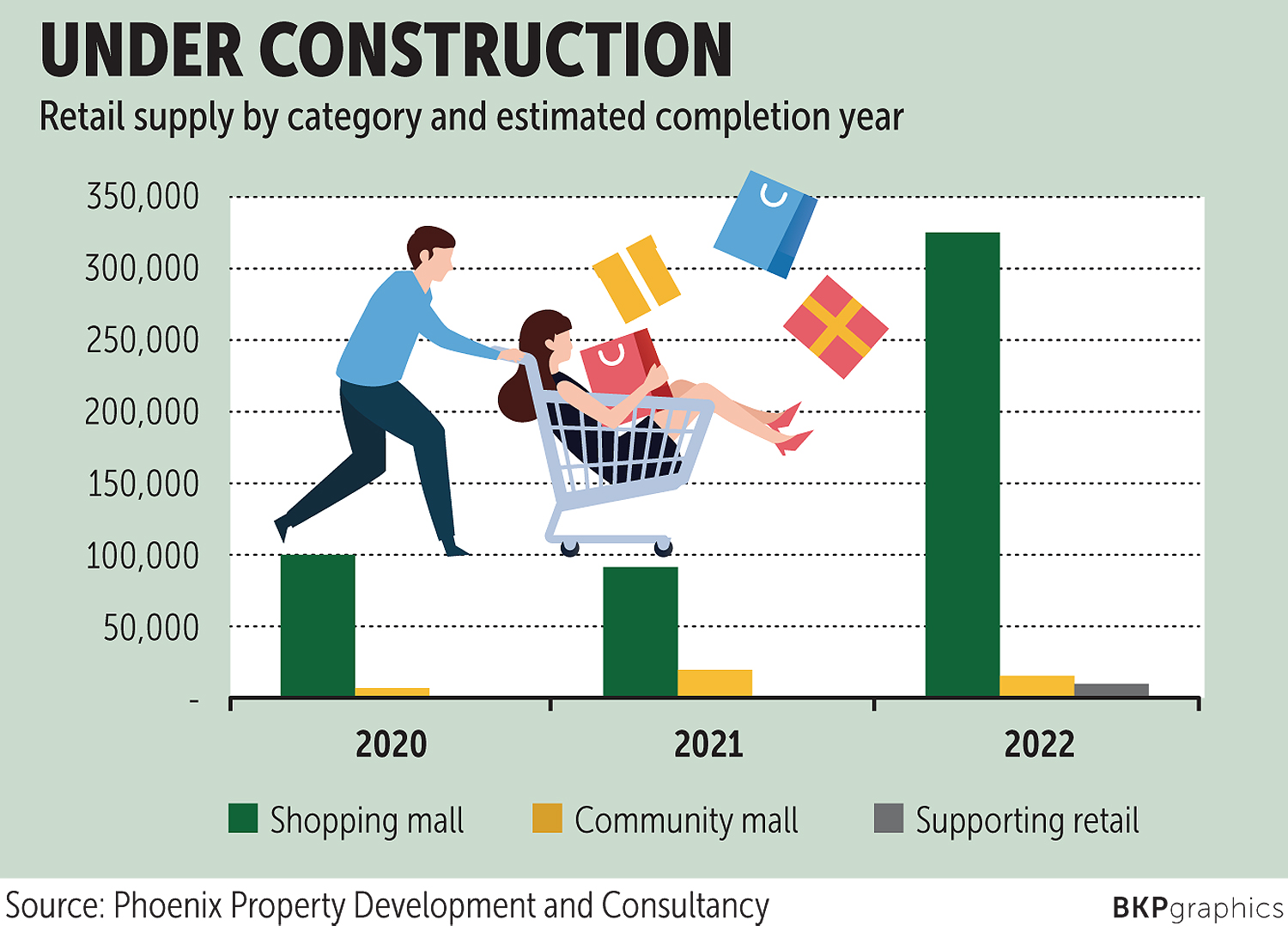 Online shopping is the main factor directly affecting the retail business. Many retail operators and property developers are thus trying to increase their online market share by developing their own digital platforms.

Given the new digital reality, physical retail supply in the future will not increase as much as it has in the past. Brick-and-mortar stores are no longer the first place most people look when they want to buy something.

A total of 204,200 square metres of new retail space was opened in Bangkok and the surrounding area in 2019. Shopping malls accounted for the largest proportion at 65%, followed by community malls at 15%. Total retail supply at the end of 2019 was 5.45 million sq m. Another 107,900 sq m is under construction and scheduled to be completed this year.

Some 59% of the retail supply in Greater Bangkok is shopping malls, followed by community malls at 16%.

The total value of the retail market last year grew by just 2.8%, according to the Thai Retailers Association, reflecting weak economic conditions and sagging consumer confidence.

Conventional outlet malls have been successful locally for many years and are also attracting renewed interest from some investors.

A dramatic increase in malls and supporting retail in the Bangkok city centre area is foreseen in the near future, many of them in large mixed-use projects now under construction. Entertainment complexes in malls, including cinemas, are also expected to expand to take advantage of high foot traffic.

Large malls will continue to predominate, with 567,500 sq m under construction in Greater Bangkok. Community malls, meanwhile, appear to be on the decline after enjoying great popularity in the first decade of the century. Some have struggled because they were built in unpopular locations, while many developers of community malls lacked experience or understanding of the retail business.

Although occupancy rates of some retail categories are high, they have not changed much in the past few years. The average occupancy rate of shopping malls in suburban Bangkok is lower than that in the city area.

As online shopping continues to grow in popularity, along with app-powered delivery services for food and other services, mall owners may find it harder to attract tenants. Many brand owners are reducing the number of stores in brick-and-mortar retail projects and focusing more on their online platforms instead.

The lowest rental rates are seen in suburban areas, where space can be had for as little as 500 baht per sq m per month. This is because properties are unable to attract well-known brands or shops that can build foot traffic, which deters smaller shops from signing on.