Agency to focus on Japanese, sports

A billboard in Hibiya, Tokyo promotes the Olympic and Paralympic Games this summer in Japan.

The Tourism Authority of Thailand (TAT) seeks to capitalise on Japanese renting out their homes during the Tokyo Olympics this summer, hoping to draw them to Thailand while their country is flooded with Olympics attendees.

Sports tourism is a focus for TAT and it wants to capitalise on Japanese visitors keen to spend their holidays doing healthy activities.

The crush of demand from international spectators may lead some Japanese homeowners to rent out their places as the local government seeks solutions to cope with insufficient accommodation, said TAT governor Yuthasak Supasorn.

The price of hotels during the games is increasing and most places in Tokyo are fully booked. This situation led the government to exempt short-term rental hosts from the national lodging law.

The 2020 Olympic Games are scheduled from July 24 to Aug 9, and Thailand plans to persuade international tourists to visit Thailand after the event.

It will send invitations to medallists in popular sports to visit tourism destinations here, with the hope of promoting sports tourism in the country.

During the Games, many elderly people will be ready to take a long trip to Thailand, keen for a more serene environment away from the estimated 10 million visitors during the competitions.

The 30-day visa exemption is another advantage Thailand can offer this group.

"The top four segments of Japanese travellers in Thailand are golfers, silver-aged tourists, business travellers and millennials," he said.

Thailand is a preferred destination for Japanese golfers because of the similarity of layouts compared with golf courses in the US and professional caddies offering unique Thai hospitality. 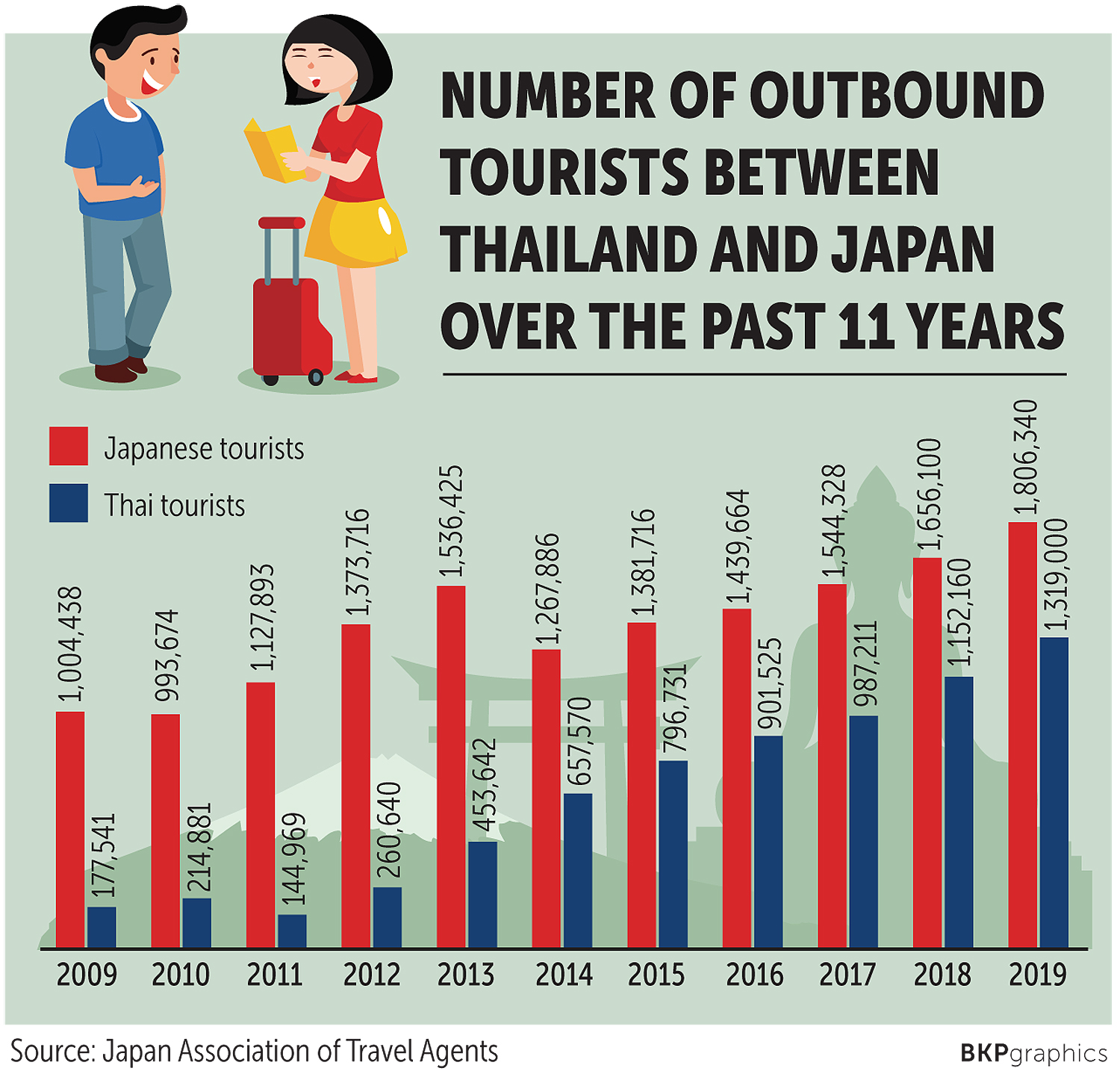 According to the Tourism and Sports Ministry, the number of Japanese visitors last year increased by 9.07% to 1.8 million, generating 89.8 billion baht, up 11.4% year-on-year.

Of the target of 2 million Japanese tourist arrivals this year, TAT's Tokyo office will be responsible for 60%, followed by 30% from the Osaka office, and 10% from the Fukuoka office.

In addition to sports tourism, the agency plans to introduce Thailand Super Dynamic Package with H.I.S., a Japan-based online travel company, offering affordable tour packages for Japanese independent tourists, who account for 80% of the total.

The campaign has a budget of 8.5 million baht, allowing it to offer 4,000- to 5,000-baht packages as it deals with the slowdown from the COVID-19 outbreak.

The office is scheduled to roll out an online promotion campaign in March and start selling packages during April to June as well as mid-August to September in order to avoid the Olympics period.