The housing price index in Greater Bangkok saw a continued drop in the third quarter as developers continued using discounts and campaigns to boost sales, according to the Real Estate Information Center (REIC). 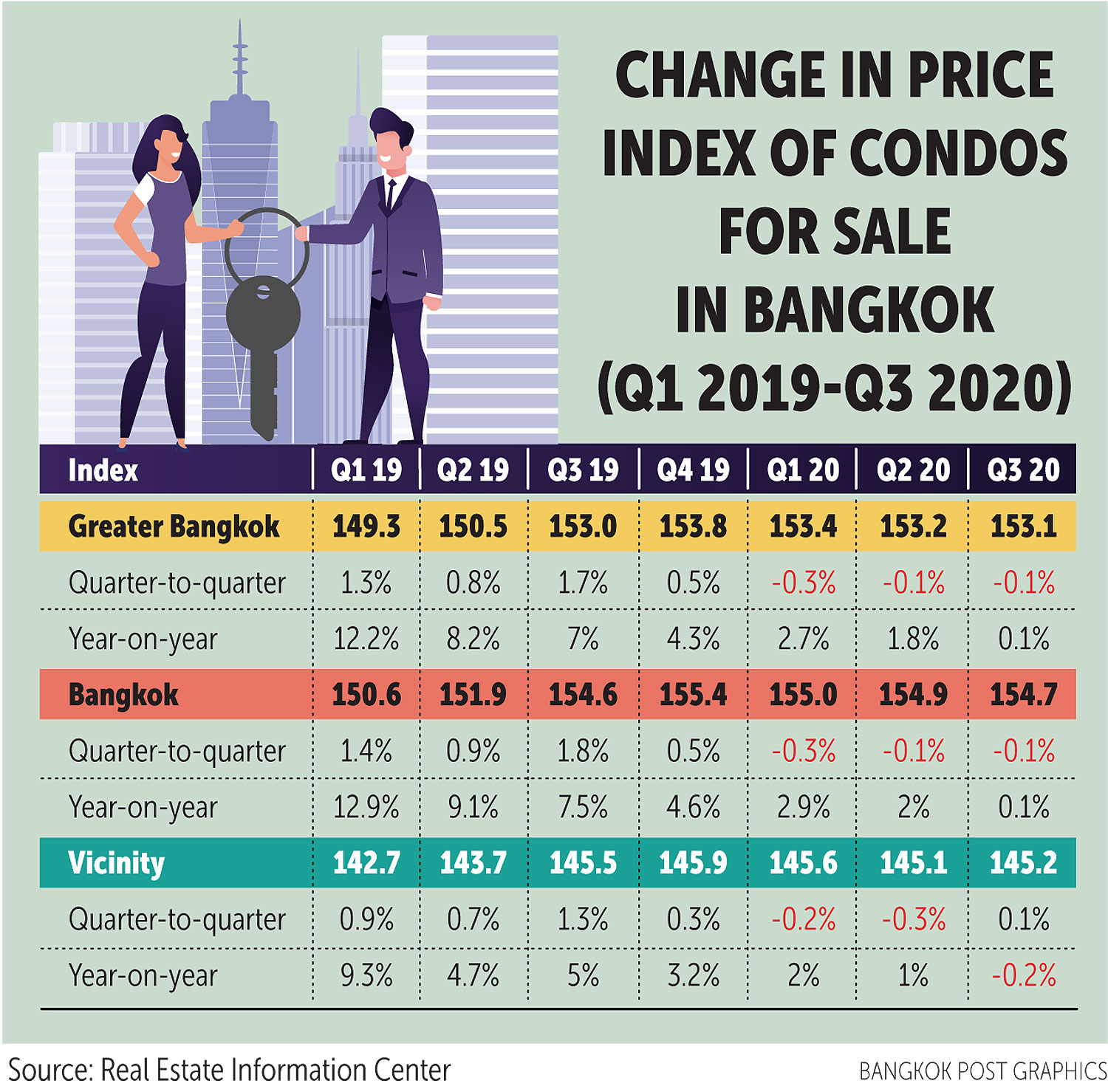 Vichai Viratkapan, REIC acting director-general, said the condo price index in the third quarter of 2020 meandered in a downward trend with a quarterly decrease of 0.1% to 153.1 despite a rise of 0.1% from the same quarter last year.

"The condo price index in the third quarter has dropped for three consecutive quarters since peaking in the fourth quarter last year," he said. "The key factor was the pandemic, which dampened condo demand and the purchasing power of end users, investors and foreigners."

In provinces surrounding Bangkok, the index dropped 0.2% from the third quarter last year to 145.2 but rose 0.1% from the second quarter of 2020.

Mr Vichai said the most popular campaign among developers was freebies including furniture and electric appliances, which accounted for 46.8%, followed by cash discounts (34.6%) and waivers of expenses on transfer dates (18.6%).

The low-rise housing price index in Greater Bangkok in the third quarter saw a drop of 0.2% to 128.1 from the second quarter of 2020, but was up 0.9% from the same period last year.

"The decrease for two consecutive quarters in the low-rise housing price index derived from a rise in new supply launched as many developers directed their efforts to this segment, driving them to offer promotions to attract homebuyers," he added.

The low-rise house price index in Bangkok saw an uptick of 0.8% to 127.1 when compared with the previous year, but the quarterly index fell 0.2% from the previous quarter.

In provinces surrounding Bangkok, the low-rise house index increased 1.2% to 129 year-on-year but fell 0.1% from the previous quarter.

The promotions offered houses sold in the third quarter were mostly cash discounts (35.4%), followed by free home appliances (33.7%), while the other 30.9% comprised fee waivers on transfer dates or waivers on common area expenses.

Supalai upbeat on outlook for Ayutthaya