Supalai upbeat on outlook for Ayutthaya

AYUTTHAYA: After consecutive declines in the number of new residential launches since the second half of 2018, the Ayutthaya housing market is finally picking up thanks to the area's industrial estates and new transport networks. 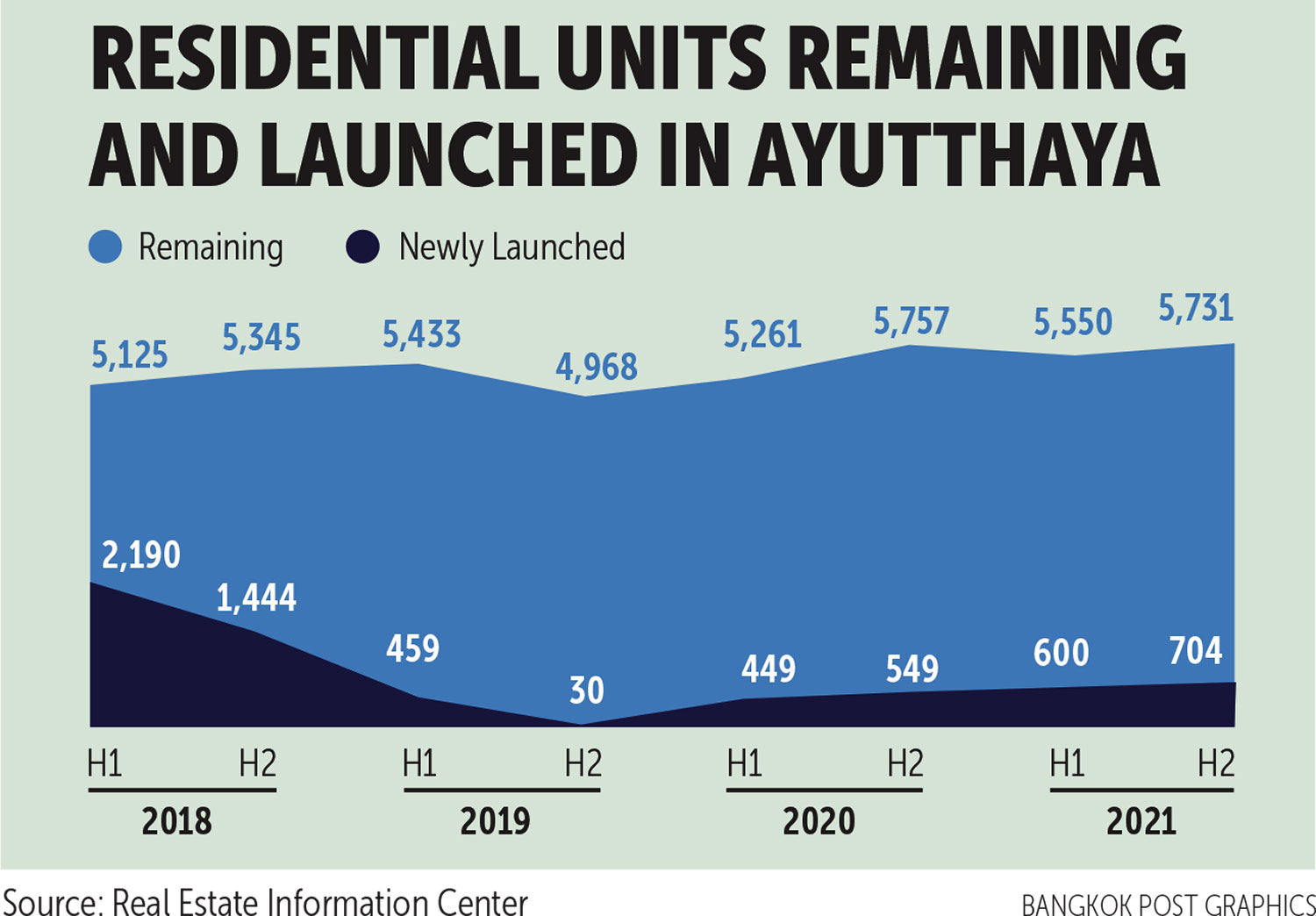 "The market reached its peak in 2019 with the largest number of units transferred, but dropped last year because of the economic slowdown," he said.

"It is recovering because Ayutthaya is one of a few provinces where although the population is not huge, residents have sufficient purchasing power to buy residential units priced 1 million baht and above," Mr Tritecha said.

Mr Tritecha said Ayutthaya was an interesting province because while its population was ranked 30th in the country at 820,188 in 2019, the proportion of the population insured by social security was ranked 8th at 406,157.

With plenty of sources of employment, the province was among the leading three economies in the central region in terms of size in 2018, accounting for 412.7 billion baht in GDP, trailing only Bangkok (5.38 trillion baht) and Samut Prakan (796.13 billion baht).

The province's gross provincial product per capita (GPP per capita) within the Central region was second only to Bangkok in 2018. Ayutthaya's GPP per capita stood at 37,913 baht, while Bangkok's stood at 50,368 baht per month.

"Ayutthaya has everything: industrial estates, tourism attractions, shopping centres and infrastructure," he said. "In the upcountry segment, it is second only to Rayong and Chon Buri."

CentralPlaza Ayutthaya is under construction with an investment of 6.2 billion baht. Scheduled for opening in the second quarter of 2021, it is located on 47 rai on Asian Highway 1 with a usable area of 68,000 square metres.

According to the shopping complex's developer, Central Pattana Plc, there will be a convention hall covering 2,500 sq m, which will be able to accommodate 2,000 participants, aiming to elevate Ayutthaya as a national and regional centre for Mice (meetings, incentives, conventions and exhibitions).

"In the near future, there will be a motorway from Bang Pa-in to Nakhon Ratchasima and a high-speed train route linking Bangkok with Nakhon Ratchasima which will include Ayutthaya as the first stop and a hub," he said.

Given the prospective growth in Ayutthaya, Supalai launched two housing projects there two months ago with a combined value of 1.1 billion baht in Ban Ko subdistrict, Muang district. Ayutthaya is the 18th Thai province where the company has property developments.

Supalai Primo Ayutthaya is a townhouse project valued at 417 million baht, which is located on about 16 rai of land. It includes a total of 168 units.

With unit prices starting at 2.35 million baht, the project is targeting first-time home buyers, extended family members and those relocating to the province who have a household income of between 35,000-65,000 baht per month.

The other project is Supalai Ville Ayutthaya, a project including single detached homes and duplex homes valued at 703 million baht. This project is located on a 31.5-rai plot of land and includes 185 units priced from 3.45 million baht.

"Purchasing power in the province is on the rise," he said. "Previously, the main product focus was townhouses priced at about 2 million baht. Now it is single detached homes and a duplex homes priced at over 3 million baht."

"Overall sales this year may not reach the level of 2019, but they are close to those recorded in 2018," he said. "It will recover next year."

According to the Real Estate Information Center, the number of newly-launched projects in Ayutthaya dropped 2.2% in the first half of 2020 to 449 units from 459 units in the same period of 2019. This represents a vast improvement on the second half of 2019, however, when only 30 units were recorded.

The centre's acting director-general Vichai Viratkapan said the Ayutthaya housing market was improving after the market had adjusted since the second half of 2018, aligning with the economic situation.