The price index of low-rise houses in Greater Bangkok picked up in the first quarter of 2021. (Bangkok Post file photo)

The price index of low-rise houses in Greater Bangkok picked up in the first quarter of 2021 after decreasing for three consecutive quarters because of rising demand, according to the Real Estate Information Center (REIC).

Vichai Viratkapan, the centre's acting director-general, said demand for low-rise houses in Greater Bangkok was on an upward trend, driving the price index of low-rise houses in the first quarter to increase to 128.2 from 127.8 in the fourth quarter last year.

Greater Bangkok saw three consecutive quarters of price index decline for single houses, duplex houses and townhouses during the second to fourth quarters of 2020 as a consequence of the pandemic last year.

"During those periods, developers offered promotions and campaigns to boost sales of existing inventory as market sentiment was unfavourable," he said. "The stock was eventually absorbed until developers needed to launch new supply." 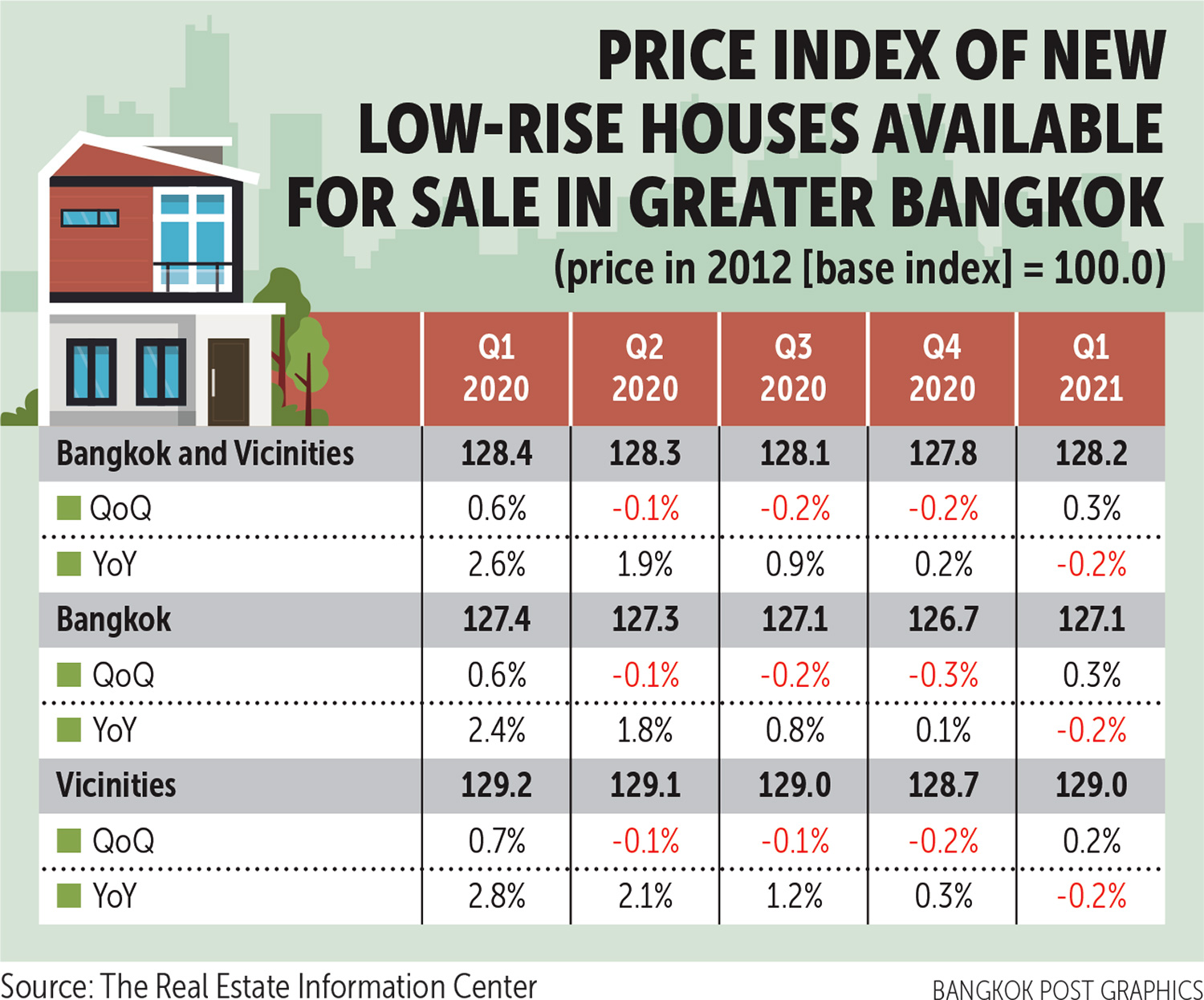 He said the increase in price index in the first quarter derived from the launch of new projects, driven by rising demand. The new supply usually came with higher land costs.

However, compared with the first quarter of last year, the index still dropped 0.2%.

"If the current situation of virus spread remains severe, the price index of low-rise houses may drop or be flat in the second quarter," he said.

The price index of single houses and townhouses were in the same trend of low-rise houses, rising for the first time in the first quarter.

Mr Vichai said property tax incentives with the cut of transfer and mortgage fees to 0.01% from 2% and 1%, respectively, for new houses priced three million baht and lower which were extended until the end of the year would benefit townhouses.

A large number of townhouses priced at three million baht or less remain unsold in Greater Bangkok, while that of single houses was fewer.

REIC forecast they would pick up this year with a decline of only 1.5% in total, with a contraction of 0.1% in low-rise house transfers and a drop of 4.2% in condo transfers by the end of 2021.

REIC also found 46.6% of promotions in the first quarter were discounts on expenses on transfer date and a waiver of common area expenses and free appliances and furniture (32.8%).