Housing gets lift in Northeast
Property

Housing gets lift in Northeast

Housing developers in Nakhon Ratchasima, Khon Kaen and Udon Thani are set to resume supply of new units as a market recovery is expected to begin in the second half after mass vaccinations. 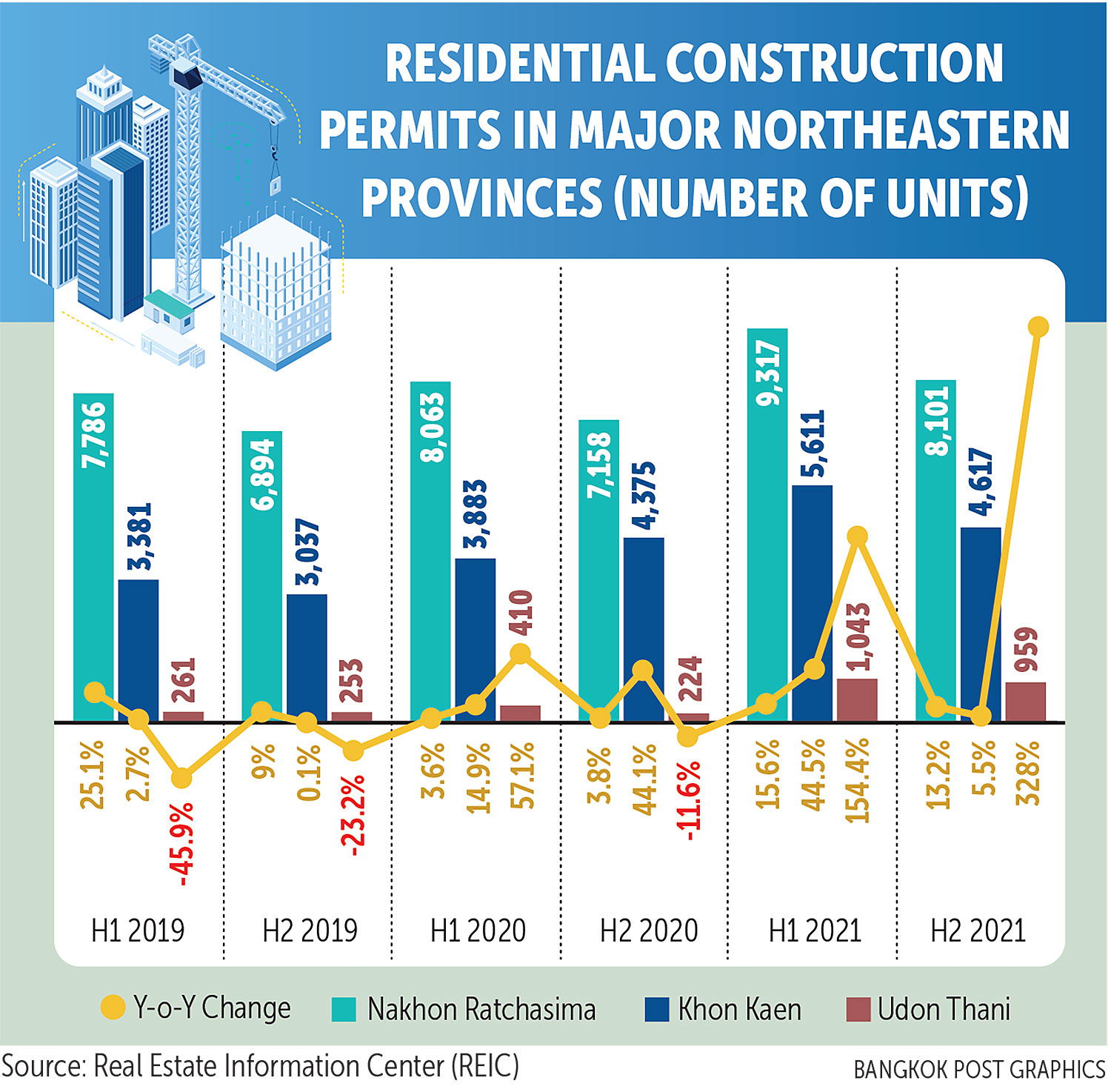 Vichai Viratkapan, acting director-general of the Real Estate Information Center (REIC), said the number of residential units getting construction permits in the three largest northeastern provinces has been rising.

"The growth this year comes after a low point in 2018 and conveys that developers are seeing positive signs and have started to plan for new supply," he said.

Channarong Buristrakul, president of the Khon Kaen Chamber of Commerce, said local developers have managed to adjust to abrupt changes by slowing down new launches in the past few years when the market was sluggish.

"Developers are monitoring the market closely. They will launch new supply once inventory is sold," he said.

"The economic situation in Khon Kaen is steady. Even though the tourism sector is stumbling, manufacturing, transportation and the construction sector remain healthy," he said.

He said the rise in residential units getting construction permits in 2020-21 was driven by developers who need to maintain business growth.

Many of them need to develop projects continuously as they had already invested in land purchases earlier.

According to REIC, Nakhon Ratchasima was the only province in this region to provide new condo supplies in the second half of 2020. Those 395-unit projects were under retail developer Central Pattana Plc.

He said duplexes could have units priced lower than three million baht, which are in the same bracket of property incentives and the biggest purchasing power group in the province.

Mr Narathorn said factors affecting the property market in the Northeast in the post-pandemic market is the rise in the number of senior citizens.

"Malls have changed their strategy in Nakhon Ratchasima to locations like Ratchasima-Chokchai Road, which is near The Mall Korat," he said. "Cho Ho sub-district has also become more attractive because of CentralPlaza."

Jaturong Thanapura, vice president of the Udon Thani Real Estate Association, said new housing supply in the province would not be launched if inventory was not absorbed.

"The market has slowed since lending took a hit because of the pandemic," he said. "Some homebuyers got mortgage loan approvals but refused to buy as they are not confident of their monthly payment capability."

Mr Jaturong said a positive factor in the housing market in Udon Thani is the influx of people who have returned home after being forced to leave jobs in other provinces.

"When the pandemic eases, Udon Thani's economy will boom as trade -- a key economic driver -- resumes," he added.