The Phuket sandbox will help revive the residential market in the province next year, but a local business body is calling on the government to provide one-stop services and incentives to boost demand from foreign buyers. 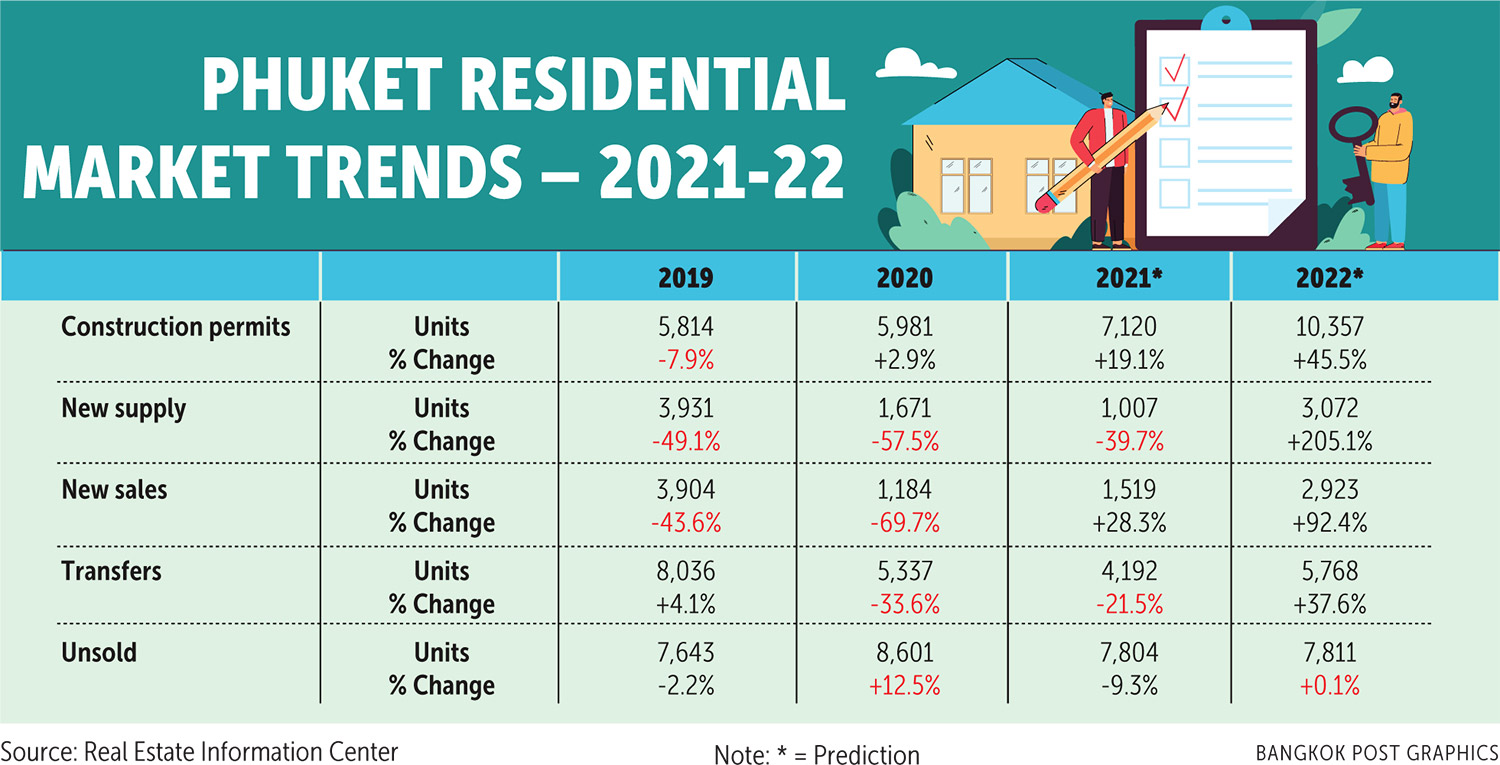 Thanusak Phungdet, president of the Phuket Chamber of Commerce, said many foreign buyers were waiting for the country's reopening to resume property purchases and transactions.

"Foreigners buying a Thai property visit Thailand as tourists. They should be recognised as a resident and we should provide one-stop services and set up regulations for them to follow," he said.

Around 3,000 condo units in Phuket had been reserved by foreign buyers in the period before the Covid-19 pandemic, and these were under construction.

After construction is completed and Thailand reopens, buyers will return to get the units transferred.

Mr Thanusak said many foreigners wanted to live in Phuket, such as digital nomads.

The government should make the local environment more attractive, such as by providing incentives for a multinational IT company to make Phuket its regional hub.

Mr Thanusak said the chamber agreed with the measures which promote Thai property to foreign buyers, but the government should impose regulations to control the market, such as limiting voting rights at a project.

"Phuket tries to promote other industries rather than just relying heavily on tourism," Mr Thanusak said. "One of them is the education sector. We have 12 international schools in Phuket, but still don't have an international university for students. Their parents are the target buyers of luxury villas."

He said the Phuket sandbox was the local population's only hope after almost two years of the pandemic, since over 90% of the economy relied on tourism.

"As people in Phuket will get their third vaccine shot in October, we hope to have Phuket Freedom Day with all activities back to normal on Dec 1," Mr Thanusak said.

From July 1 to Sept 20, Phuket had a total of 34,880 tourist arrivals, contributing 2 billion baht to the province.

"Interestingly, 60-70% of these 34,880 tourists remained in Thailand," he said. "The largest number were Thais, accounting for 10%, while the largest sources from 70 countries were American, followed by British, Israeli, German and French."

As the pandemic has hit the tourism sector in Phuket, the government should provide soft loans for hotels and restaurants which they can use to prepare for full operations, Mr Thanusak suggested.

At present, there were new investments from Thai investors in the property market in Phuket, Phang Nga and Krabi. Some had invested in new marinas and health and wellness facilities, while some acquired established businesses from foreign owners.

Issara Boonyoung, managing director of Kanda Group, which launched a project in Phuket last year, said a tourism recovery was a key driver to restarting the property market.

"Despite the Phuket sandbox, the property market recovery will take time, not this year," he said. "Phuket developers are adjusting to the situation and making no new investments as they wait for existing unsold inventory to be absorbed."

LTV rejig a boon for stocks