EEC construction permits up in H1

The number of residential construction permits in Eastern Economic Corridor (EEC) provinces grew in the first half of 2021, along with a rise in new business registrations, both driven solely by Chon Buri. 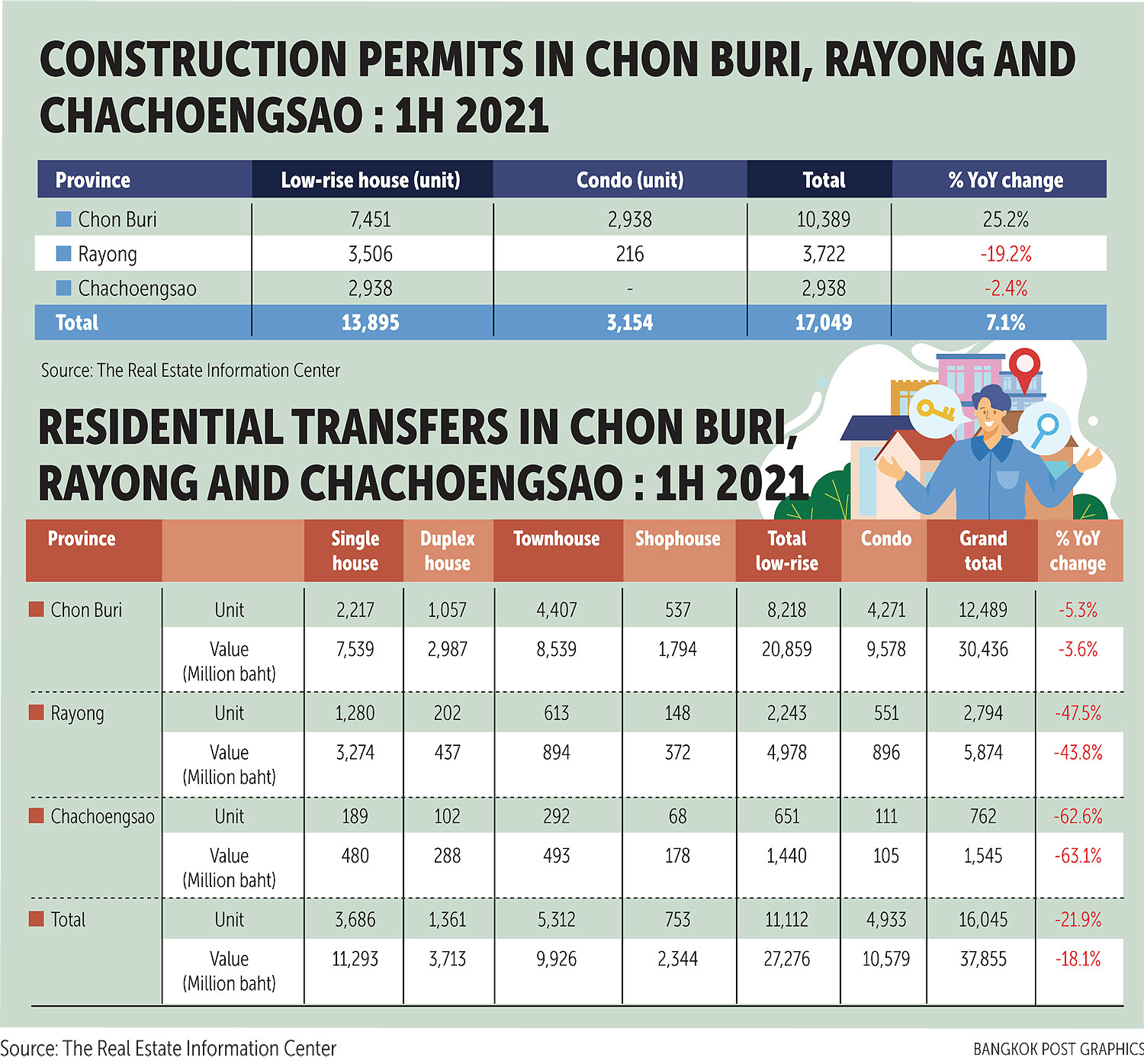 Vichai Viratkapan, acting director-general of the Real Estate Information Center (REIC), said Chon Buri was the only province in the EEC which saw residential construction permits rise in the first half.

"By category, the number of construction permits for low-rise houses declined 1.8% to 13,895 units but that for condo rose as high as 79% compared with the first half of last year," he said.

REIC reported the number of residential construction permits in EEC areas, comprising Chon Buri, Rayong and Chachoengsao, recorded 7.1% growth in the first half of 2021 to 17,049 units.

According to the Department of Business Development, the number of new companies registered in EEC provinces rose 6% in the first six months of 2021 to 3,445 firms.

The top three newly registered businesses were in property, construction and transport of goods and passengers.

The largest number in the EEC was in Chon Buri with 2,357 companies, followed by Rayong and Chachoengsao.

REIC also reported a contraction in residential units transferred in EEC provinces in the first half of 2021, which shrank by 21.9% in unit number and by 18.1% in value.

The largest contraction was in Rayong and Chachoengsao while Chon Buri had a minimal impact.

"The residential market in EEC provinces, which were among 13 dark-red zones with maximum and strict Covid-19 controls, was sluggish as the measures had an impact on purchasing power and homebuyers' confidence," Mr Vichai said.

However, the second quarter of last year experienced a very low number as Thailand was hit by the first wave of pandemic.

The number of land allocation permits in the second quarter of 2020 was 52.8% lower than a five-year average prior to the pandemic of 5,700 units per quarter.