An artist's rendition of a housing design from Seacon with a usable area of 1,547 square metres, priced from 20 million baht.

Homebuilder Seacon aims for 28% sales growth this year to 2.4 billion baht as the homebuilding market resumes, with high-priced houses a key driver.

"Key engines this year remain the upper-end segment, meaning units priced more than 7 million baht, as demand is strong. Last year, this segment saw growth of more than 85% from 2020," he said.

In 2022 Seacon expects 2.4 billion baht in sales, of which 1.9 billion is from Seacon and 500 million from Seacon ID -- a homebuilding subsidiary it set up last year to tap self-built home buyers who have their own design.

"Demand from those who want a self-built home in their own style is on the rise," said Mr Manu.

"Some customers were developers asking us to build townhouses in their projects." 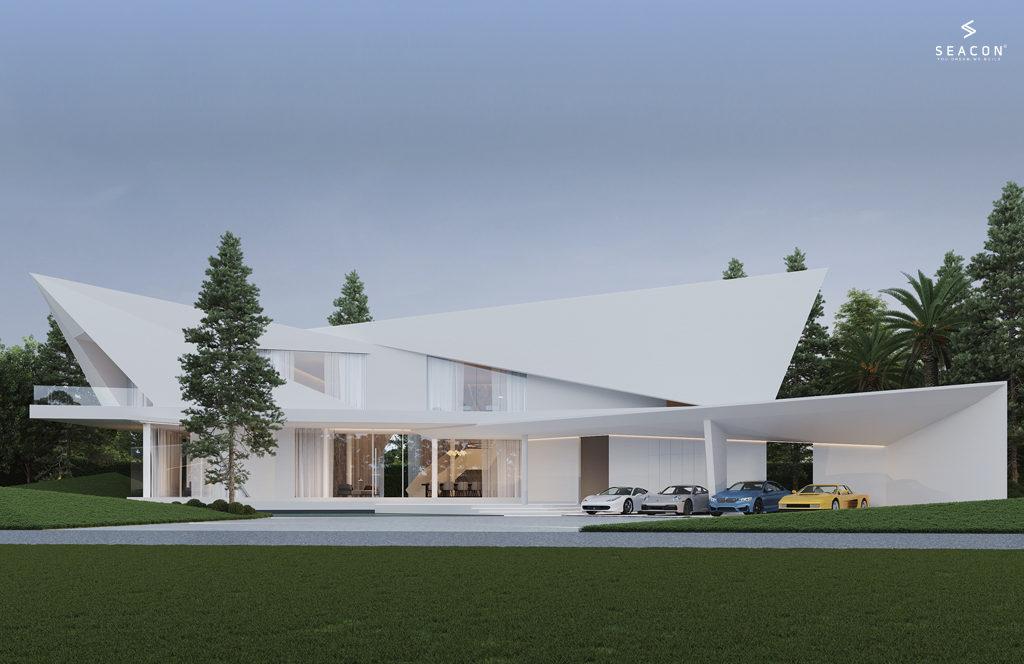 An artist's rendition of a housing design from Seacon with a usable area of 1,068 square metres, priced from 20 million baht.

The company recorded an additional 180 million baht from Seacon ID, which saw the majority of sales from units priced more than 20 million baht.

"Nearly one-third of our sales last year were from online platforms, with our website contributing 54%, Facebook 25% and Line 21%."

The company plans to continue offering home innovations, such as comfortable cooling and clean air systems, he said.

Bangkok demand to rise in H2