Despite rising inflation and downgrades to economic growth, housing demand this year is expected to remain unchanged as the country's reopening can help offset those deficits, according to the Real Estate Information Center (REIC). 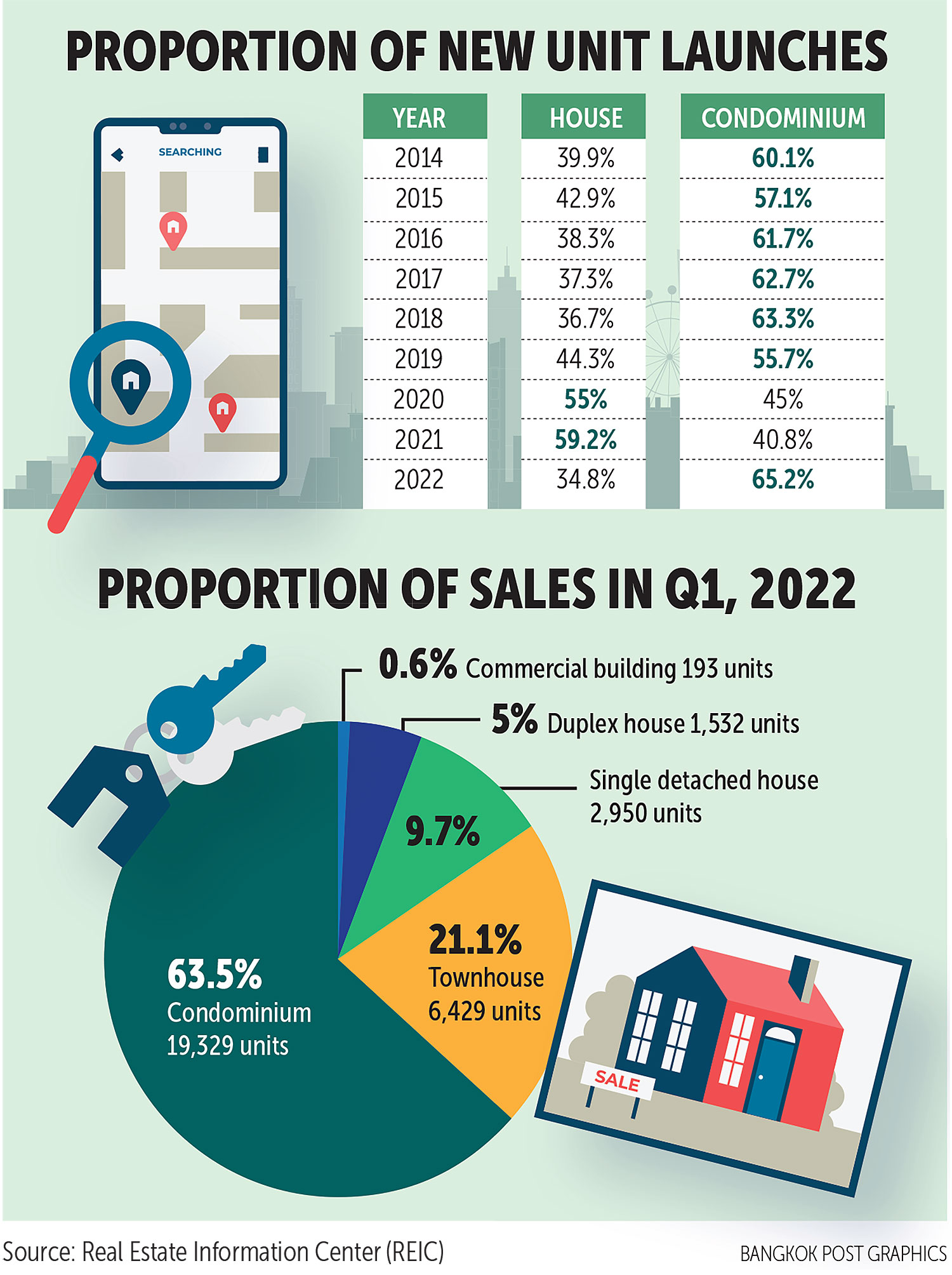 Vichai Viratkapan, REIC director-general, said four indicators of housing demand continued to see double-digit growth in 2022, even though the GDP expansion outlook was cut to 3% on May 9 from 3.5% on Feb 9.

"The country's reopening will help boost the economy in the second half, particularly the tourism sector's recovery," he said.

"Together with the growth in the industrial and export sectors, housing demand will be strong, especially from those working in the two sectors."

Due to the Russia-Ukraine conflict, inflation rose from 1.6% in February to 4.5% in May, said Mr Vichai.

He said the residential property market index in the first quarter of 2022 rose 15.4% to 86.8 compared with the same period last year and was higher than the forecast of 78.6.

The jump stemmed from an increase in sales in the period and resuming confidence of developers.

According to REIC, the volume of new residential supply launched in Greater Bangkok in the first quarter soared 228% to 31,477 units from only 9,611 units in the same period last year.

The first quarter was also the first time since Covid-19 emerged in early 2020 that newly launched condo supply was higher than that of low-rises, said Mr Vichai.

The majority of new condo supply were units priced 1-1.5 million baht, which accounted for 29.5%, followed by 2-3 million baht and 3-5 million baht at 23.2% and 20.6%, respectively. This reflected strong demand in the lower priced segment.

In the first quarter of the year, the number of newly sold residential units totalled 30,443 units worth a combined 137 billion baht.

The amount was nearly close to the tally of the second half last year at 32,138 units worth 154 billion baht.

Prasert Taedullayasatit, chief executive of property at Ananda Development Plc, said the huge amount of unsold inventory it was carrying would be a windfall amid rising construction costs and market recovery.

"When the market sentiment is restored, we have units ready to transfer to buyers at the same prices as last year or earlier as they have no impact from rising costs," he said.